Let Dad know he’s the Best Dad in the Galaxy! Celebrate with a Darth Vader DIY and the comfiest pajamas. 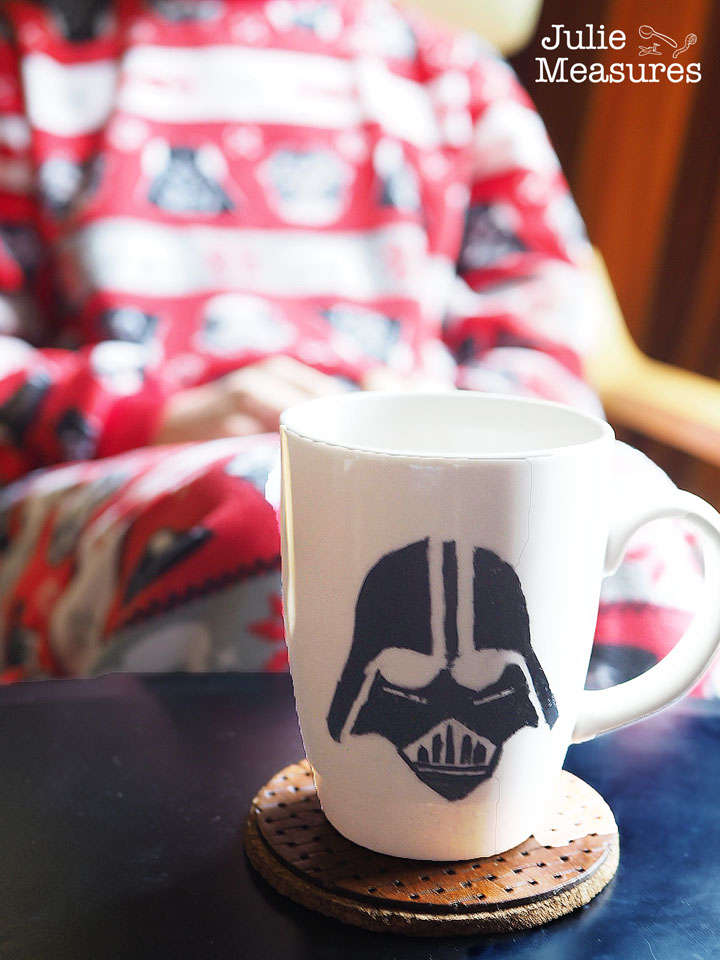 First things first, we love Star Wars at my house. Especially my husband and kids. Did you see the DIY Death Star Globe I made them? Or the Wookie Chocolate Shake? We’ve seen all the movies and Star Wars quotes happen on a daily occurrence. The one I probably hear the most is “Do or do not, there is no try.” Oldest Twin says this to me every time I tell the kids I’ll try to do something. 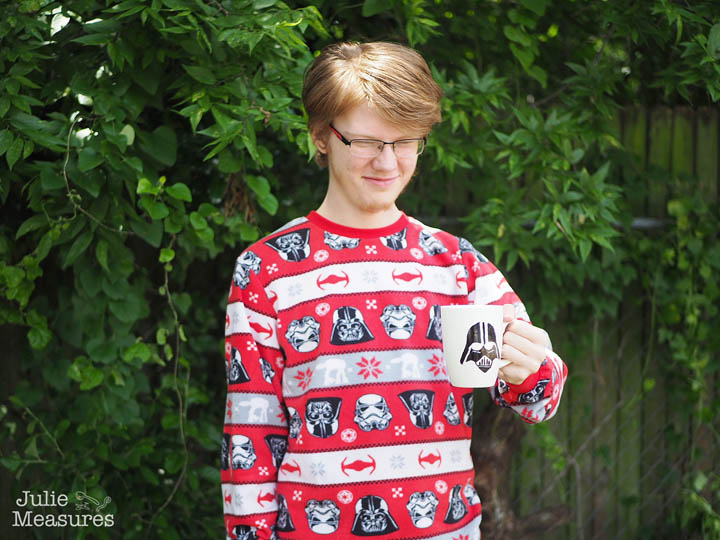 When I saw that Ugly Christmas Sweater had a Star Wars Darth Vader Trooper Holiday Pajama Set, clearly we needed a pair at our house. These pajamas are super soft and comfy. Oldest Twin happily took possession of them. They have become his chosen attire for morning homeschool work.

The Ugly Christmas Sweater is the same as TVStoreOnline.com where I got my Fragile Christmas sweater! 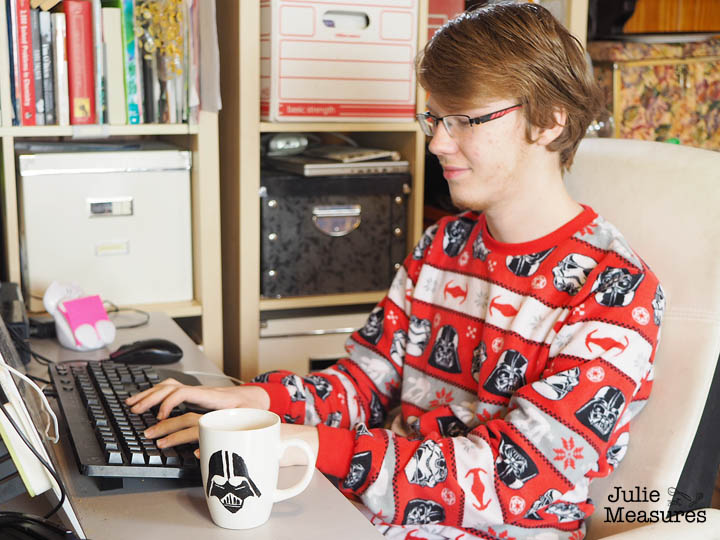 The introduction of these pajamas into our house made me realize that they would be perfect for Father’s Day for a Star Wars loving Dad. I mean, if there is a role model for fatherhood it’s Darth Vader, right? Ok, obviously I’m joking. But I think some Darth Vader items for Father’s Day is hilariously perfect. 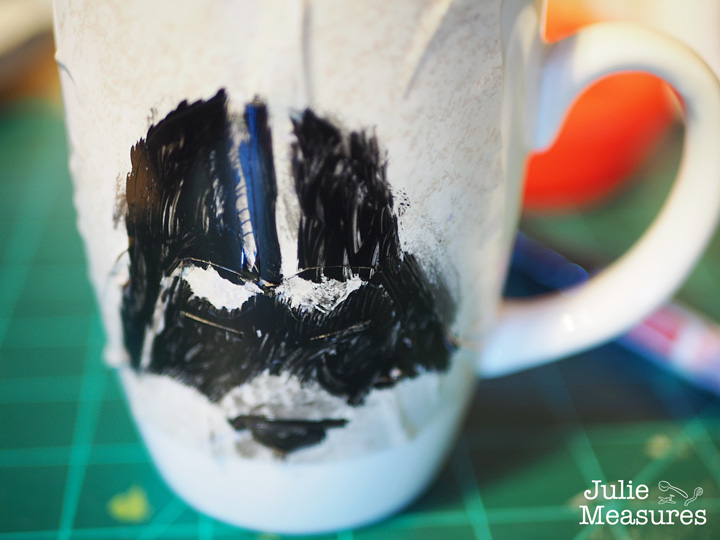 To go along with some Darth Vader pajamas I thought it would be fun for Oldest Twin and I to make a Darth Vader DIY mug. The first step was to make a stencil. I found an image online and then tweaked it some to make it easier to cut out. I copied the image to some vinyl, used a craft knife to cut out the design, and then laid the vinyl onto a plain white mug. Use a black paint pen to color in your vinyl stencil, wait a few minutes for it to dry, and then pull up the vinyl. (A simpler solution would be to buy a SVG file and cut it out using a Cricut or other vinyl cutting machine. But it can be done by hand!) Follow these steps to finish curing your painted mug. 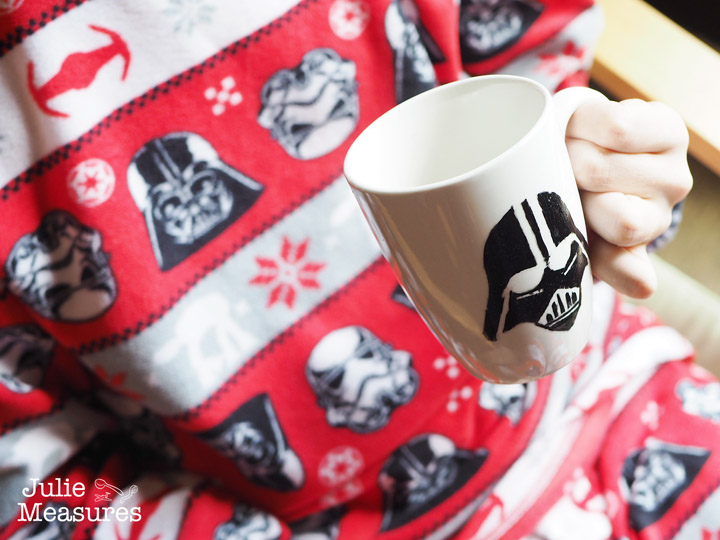 Let Dad know he’s the Best Dad in the Galaxy with new pajamas and a new Darth Vader DIY mug! 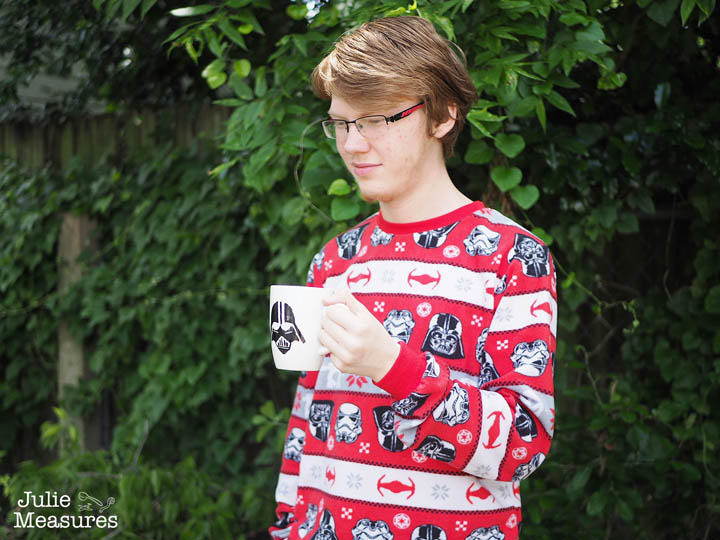