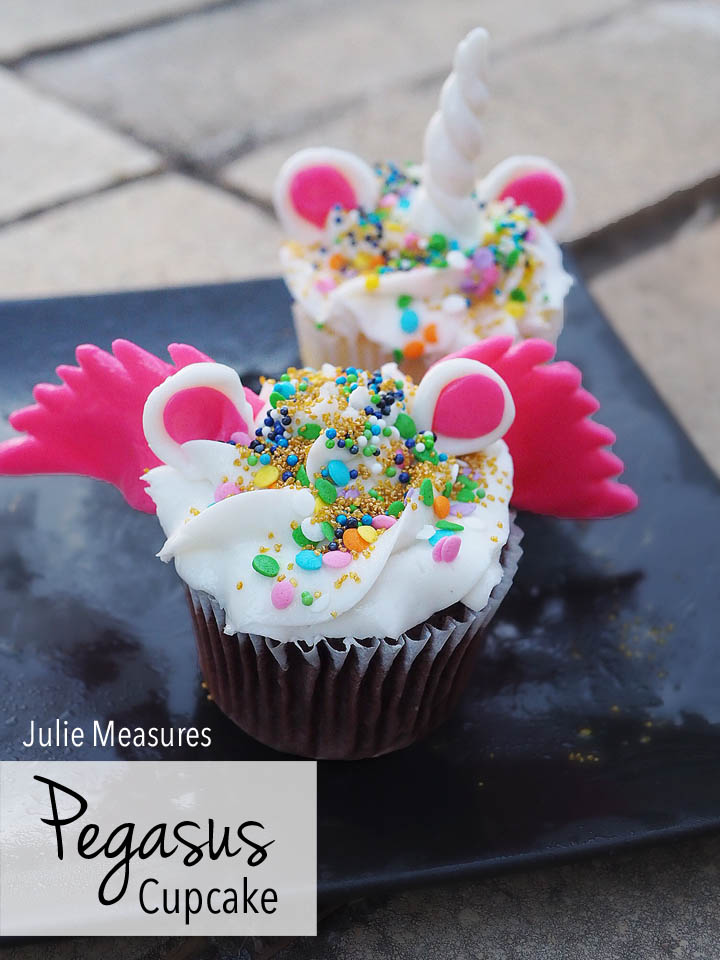 I’ve had the pleasure of staying at the Magnolia Hotel in Dallas a couple of times. It’s a beautiful hotel. The last time I stayed I got a suite and it was amazing. Bedroom, sitting room, bathroom with a big tub. It was a lovely relaxing weekend. 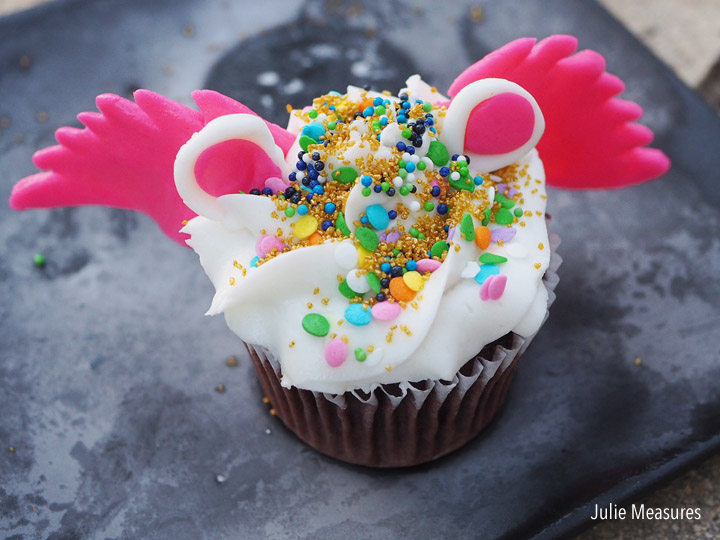 After staying at the Magnolia hotel, I really wanted to create something Pegasus inspired. I started looking at pictures of Pegasus and realized how closely people intertwine them with Unicorns. I suppose it’s fairly natural since both are legendary creatures. While a Pegasus has wings, a Unicorn has a horn. But there is another fictional creature called a Pegacorn, that has both wings and a horn.

I started playing around with the idea of taking a popular unicorn treat and turning it into a Pegasus treat. I love the adorable unicorn cupcakes that I’ve seen at birthday parties recently. I realized it would be simple to swap the horn for some wings and make Pegasus cupcakes instead! 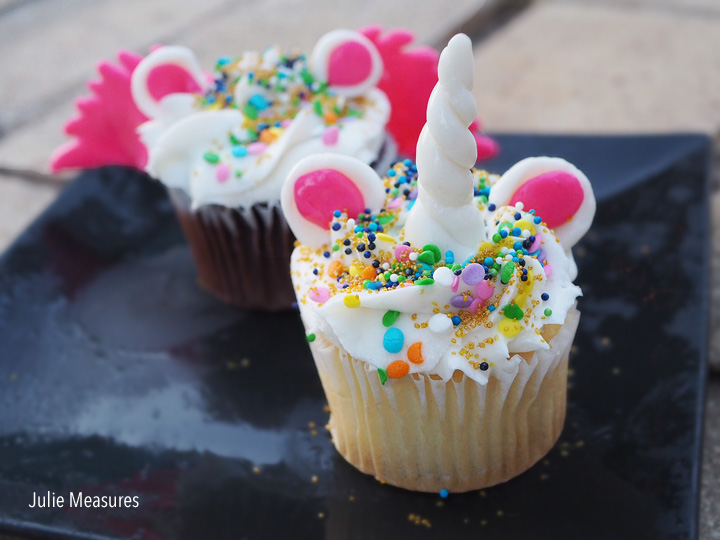 Mix up your favorite cupcake recipe and top with frosting. Then add in lots of fun sprinkles. I used fondant to create my unicorn and Pegasus cupcakes. For both cupcakes I made fondant ears. Then for the unicorn cupcake I created a fondant horn by rolling out two pieces of fondant and then twisting them together.

To create my Pegasus cupcake I cut wing shapes out of fondant. Allow the wings to harden before placing them into the frosting on your Pegasus cupcake. 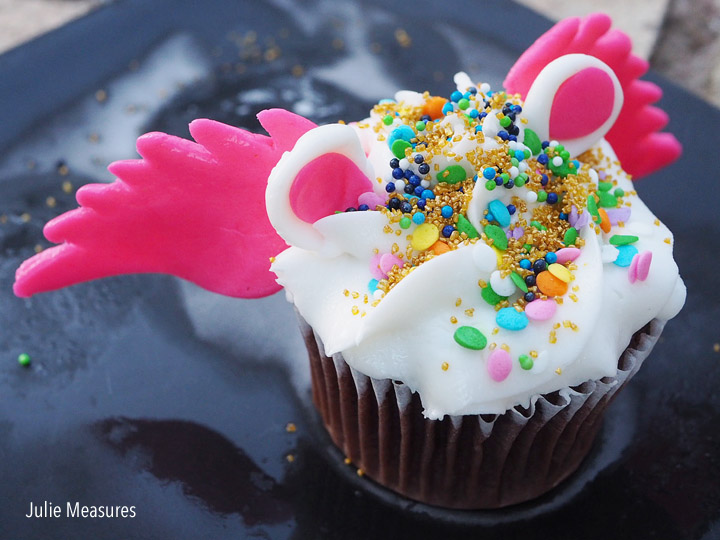 It’s simple to create a combination of unicorn and Pegasus cupcakes for a party!

More Texas travel? Get my tips for taking a trip to Magnolia Market in Waco.