Do you have Star Wars fans at your house? Create your own DIY Death Star Globe 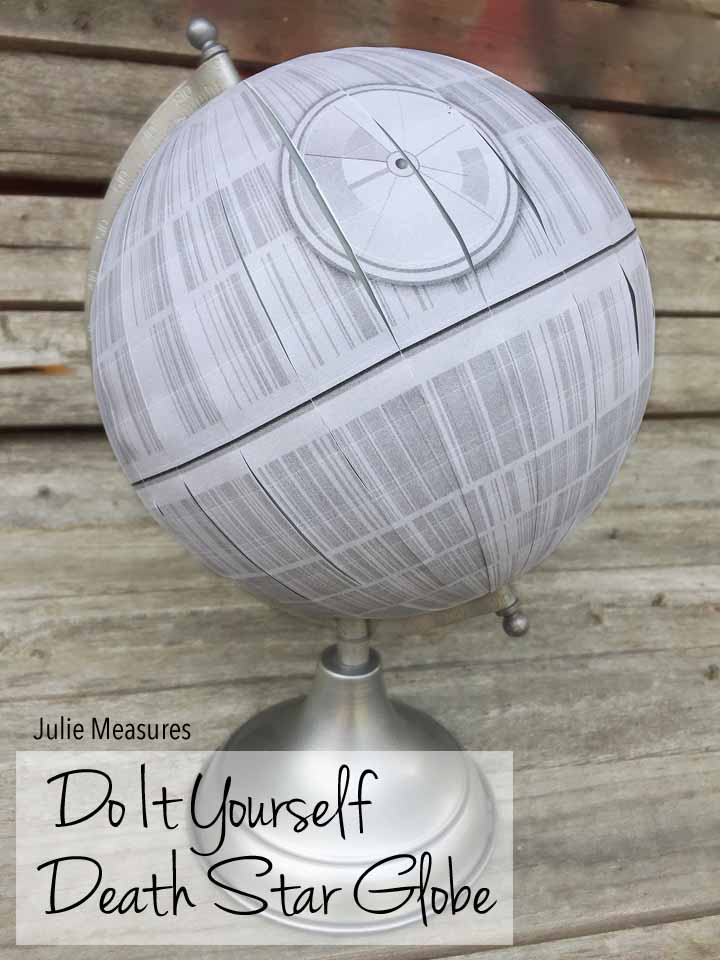 If you don’t have Star Wars fans in your house then you might not realize that Star Wars day is coming up soon. May the 4th be with you. We like puns at our house and this is one of the boys favorites.

We have lots of Star Wars toys. Lightsabers, walkers, star ships, costumes, we have collected a fair amount of Star Wars items over the years. My sister likes to tease the twins about an open house we attended when they were in elementary school. One of the things they did that year was keep a journal. At the start of each day the kids would write what they had done the day before. Almost every entry for my kids was ‘my brother and I played Star Wars’. Day after day, week after week. They would come home from school, put on costumes, and play outside with each other and some of the other neighborhood kids. 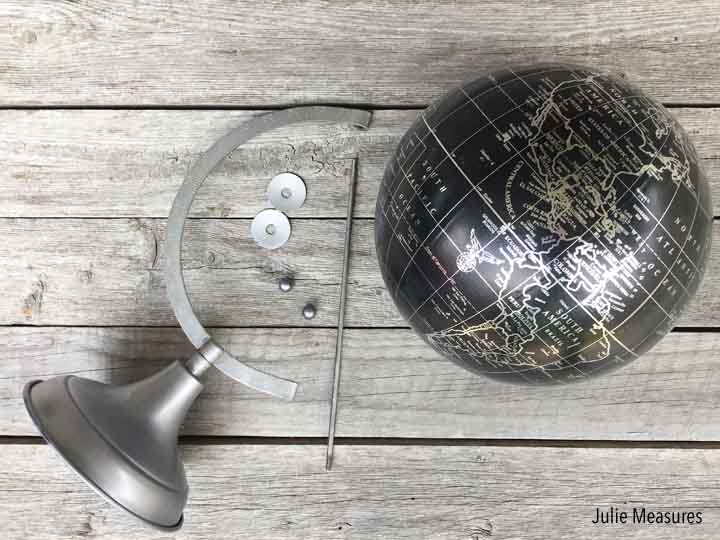 It only seems fitting that we add some Star Wars decorative pieces to our home. Now that the boys are bigger it’s easier to have items that are just fun to look at and don’t have to be played with. Though they could still play with this Death Star.

I started with a standard 8″ globe. You could find one at the thrift store or purchase it new from the store. I found this black and silver globe, but since you’re painting the globe itself it doesn’t really matter. I did like that the stand was silver. 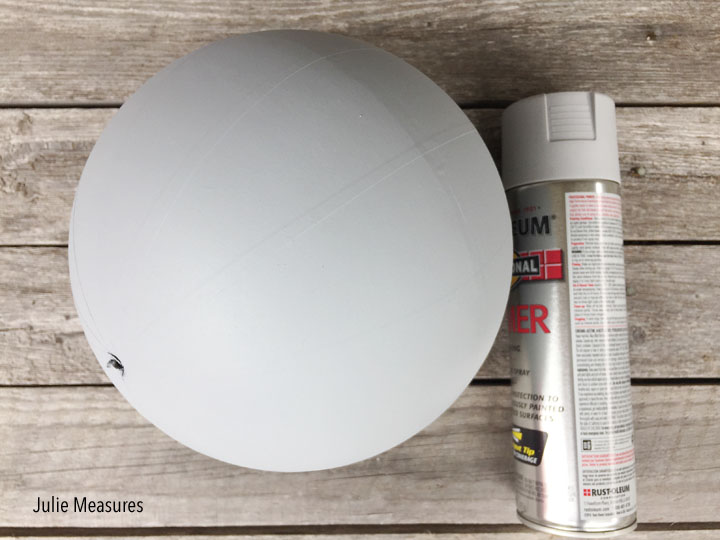 I used some gray spray paint primer to cover my entire globe. The gray is similar to the gray on my printable (if printed in black and white). Once my globe was dry I could add the paper.

The Star Wars printable is 3 pages long and is scaled to fit an 8″ globe. Cut out the empty space and the remaining piece curve to bend around the globe. I used a glue stick to attach the paper to the globe. 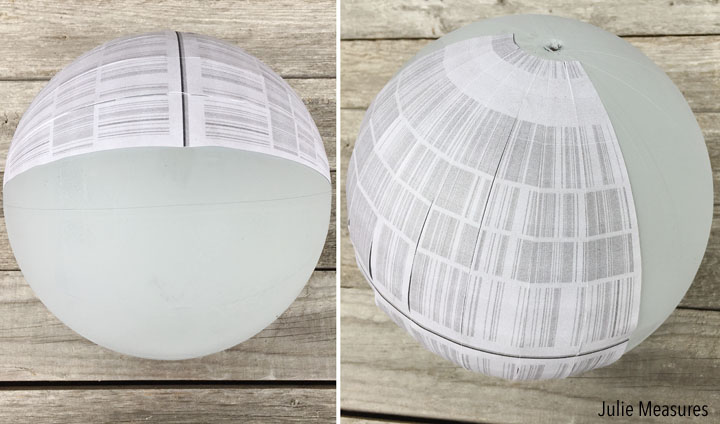 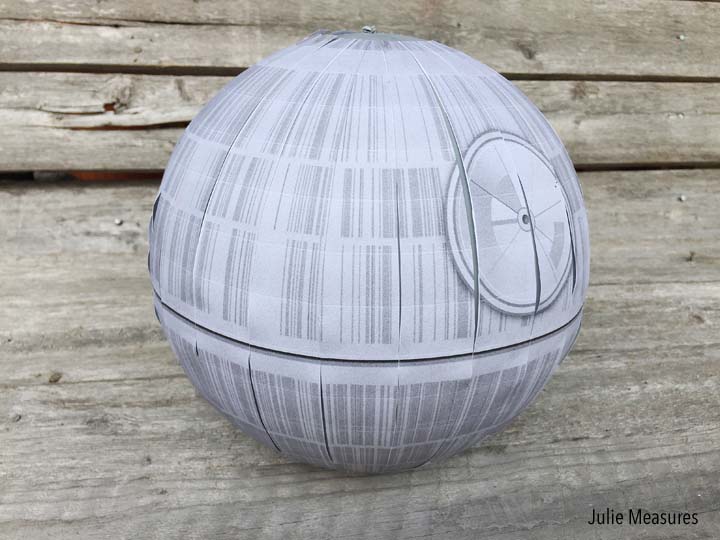 Once all three pages were cut out and glued to my globe I reassembled the globe itself. Putting it back on its stand. The washer at the top of the globe nearly meets the paper printable.

Here’s an image of the full printable to see how it all looks. Print the images on 3 standard sheets of paper.

Once my death star globe was reassembled I covered the globe with Mod Podge to seal it. My finished Death Star Globe is ready to be displayed or played with! 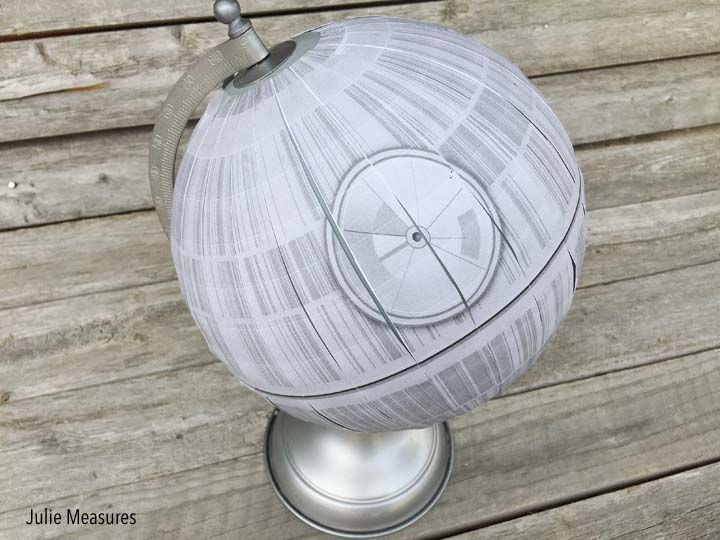 Watch me make this globe live!

Happy Star Wars Day! May the 4th Be With You!