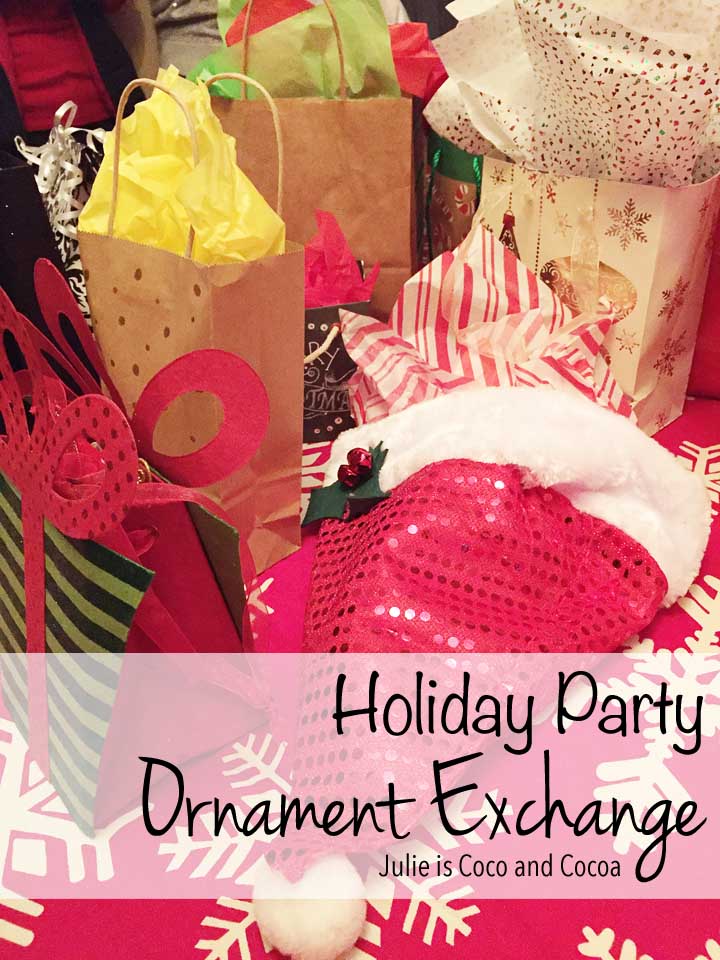 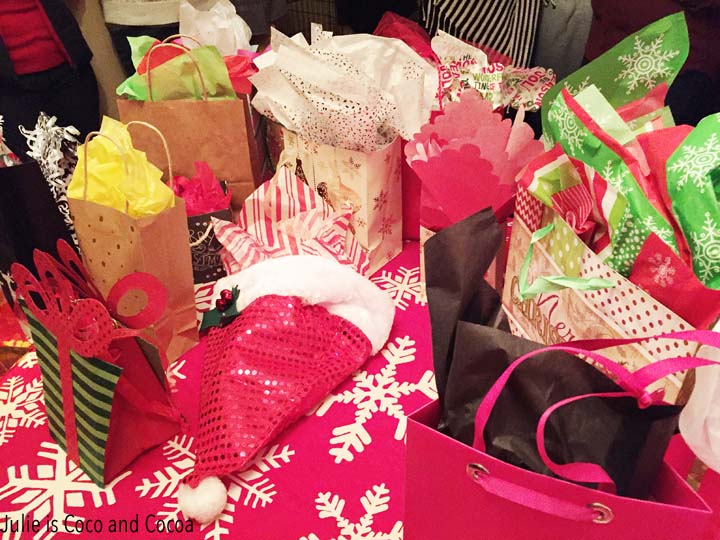 All of our pretty bags on the exchange table. Our host encouraged us to all be on time for the party to make the exchange run smoothly. (It wouldn’t really work to show up in the middle of the exchange.) Everyone showed up with their wrapped ornament (there was an imposed price cap on ornaments) and we started the party with eats and drinks. 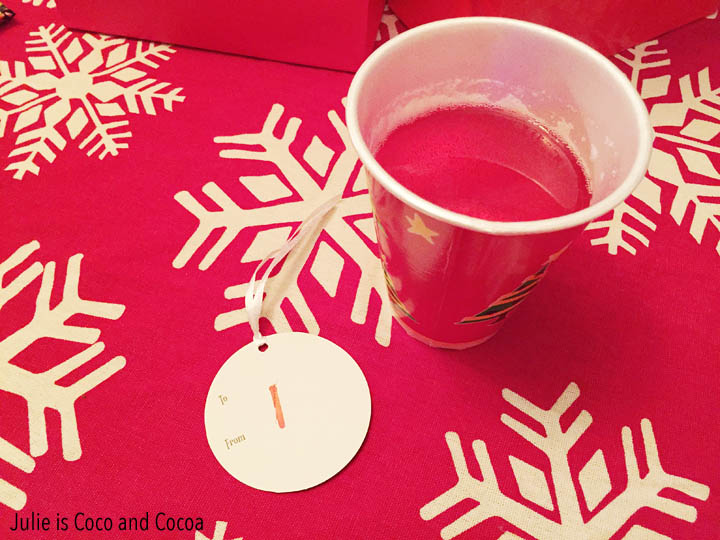 Our hostess wrote out numbers on gift tags and we all drew a number to start the party. Yours truly drew number 1. We played where an ornament could be stolen 3 times, and with the 3rd steal it was frozen. 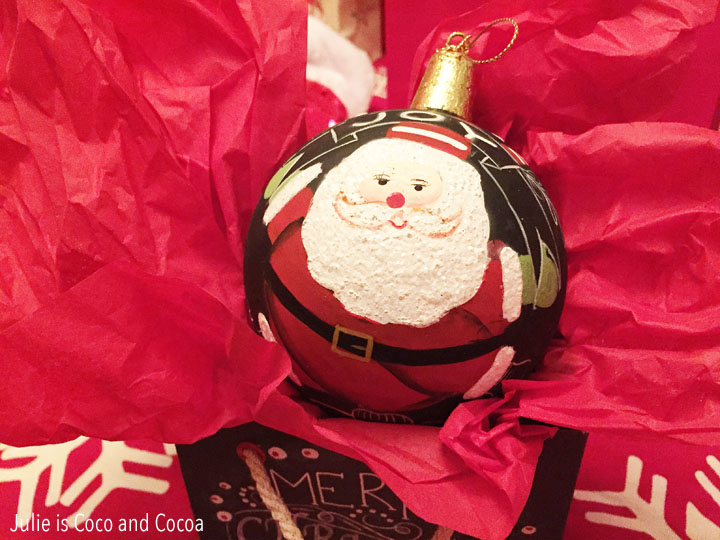 This cute Santa was the first ornament opened at the party. A few more ornaments were opened and then the stealing, laughter, and lying began. “No, this ornament isn’t amazing. It’s terrible. No one should want to steal it.” Or, “yes, this ornament is frozen.” That kind of lying. Because all of the ornaments were beautiful. And it’s hard to give up an ornament you really want to someone who is trying to steal it from you. 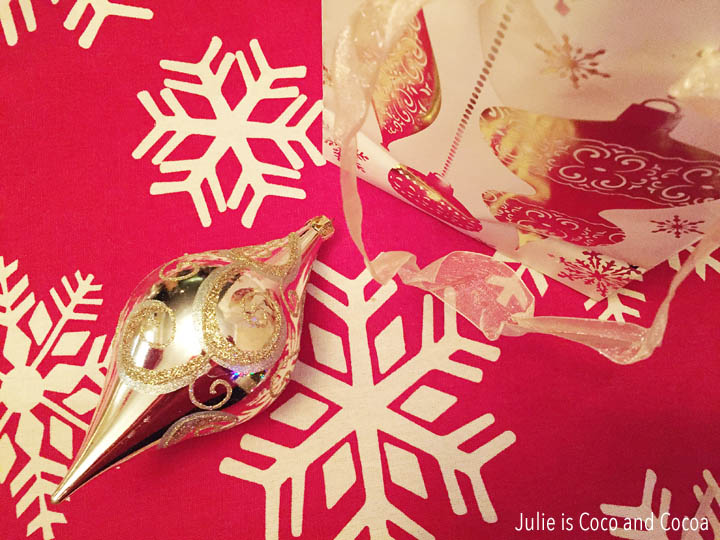 This beauty was the one I got to take home. It was actually a set of 2 ornaments, and best of all it’s shatterproof. Which is great because Littlest keeps rearranging (and rearranging and playing with) the ornaments. Except he doesn’t call them ornaments, he keeps calling them marbles. Which I’m a little puzzled about because he hasn’t had a lot of exposure to marbles. But he told me that ‘ornament’ is too hard to say. 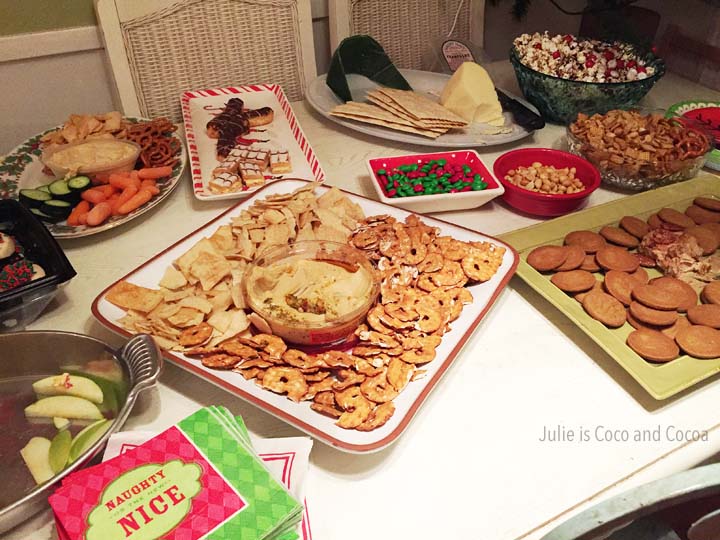 No party is complete without a table full of munchies.

What kind of holiday parties are you attending or hosting this year? I’d love to hear about them!