What do you get when you combine an apple pie and caramel apples, plus some cream cheese thrown in for good measure? This Cream Cheese Caramel Apple Ring Bake dessert! 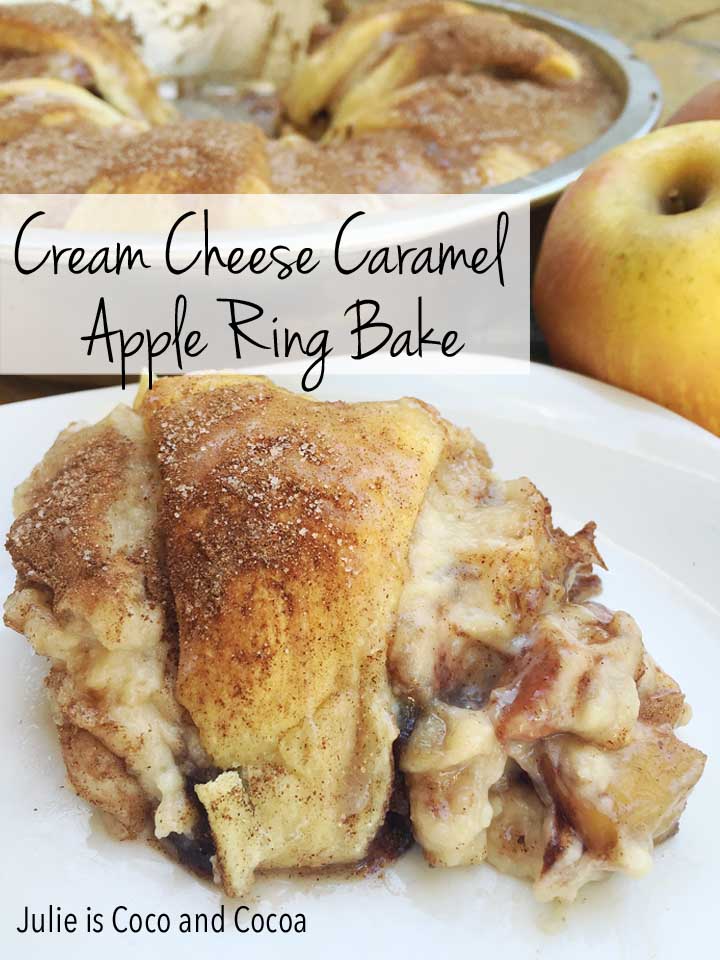 I bought the wrong flavor of apples. So instead of being devoured they have been languishing on my counter.

I needed to solve this problem. I knew I wasn’t going to convince my family to eat them plain, I knew I needed to create a dish where I could bake them.

My family loves the cream cheese ‘caramel‘ dip recipe that I got from my sister in law. And I have been craving apple pie. Combine the two and you get this recipe. 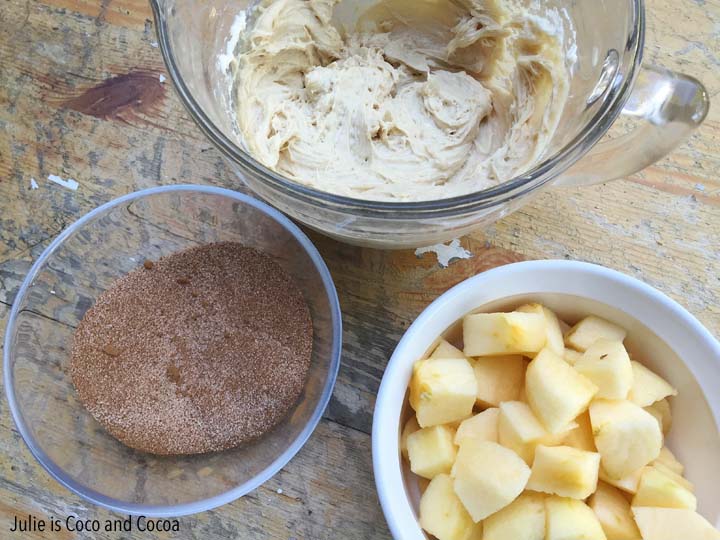 Chop the apples into fairly small pieces so they can cook quickly. Set them aside.

Combine the cream cheese, brown sugar, and vanilla. Cream together until smooth. 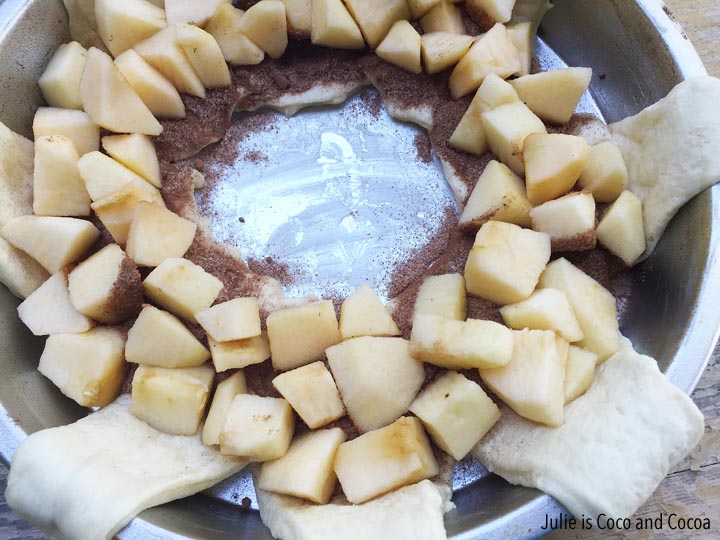 Then dollop on the cream cheese mixture and try to spread it evenly.

Fold the points of the crescent rolls over. Bake in a 325 degree oven for about 30 minutes. Or until the top is browned and the apples are softened. 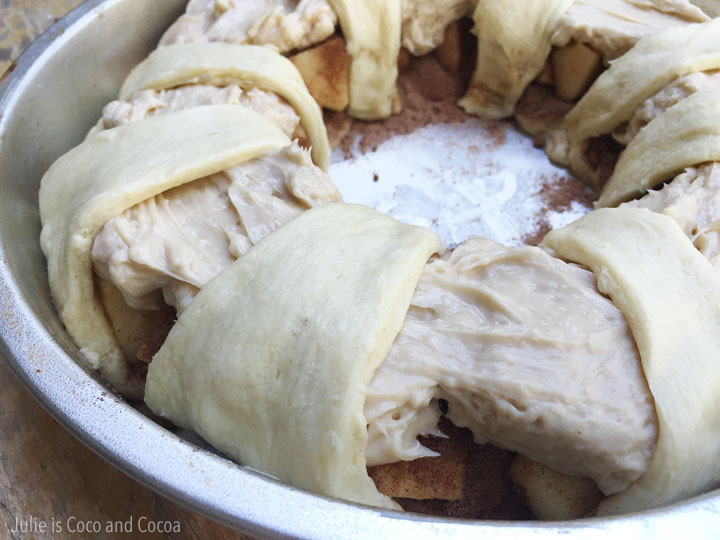 Remove the apple ring from the oven and top with the remaining cinnamon sugar mixture. Combine the powdered sugar and splash of milk (adding enough milk to bring the glaze to a pouring consistency). Drizzle, or pour, the glaze over the top of the apple ring. Allow the dessert to cool slightly, just enough to eat! 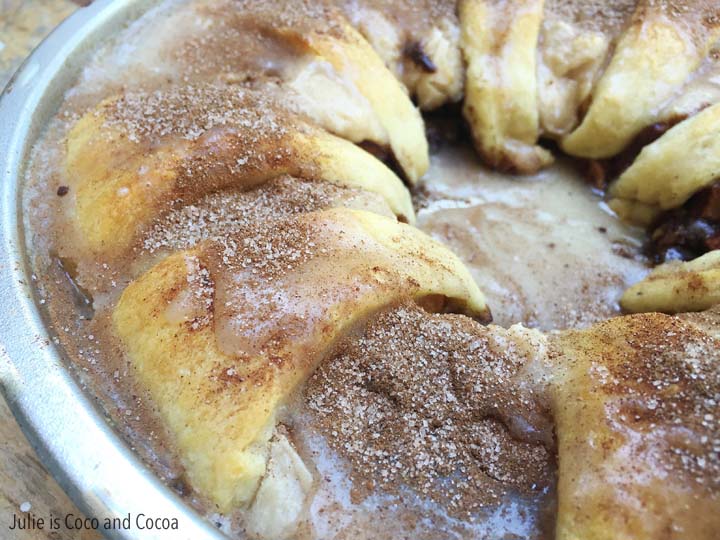 You could even be more decadent and serve the Cream Cheese Caramel Apple Ring Bake dessert with a scoop of ice cream. 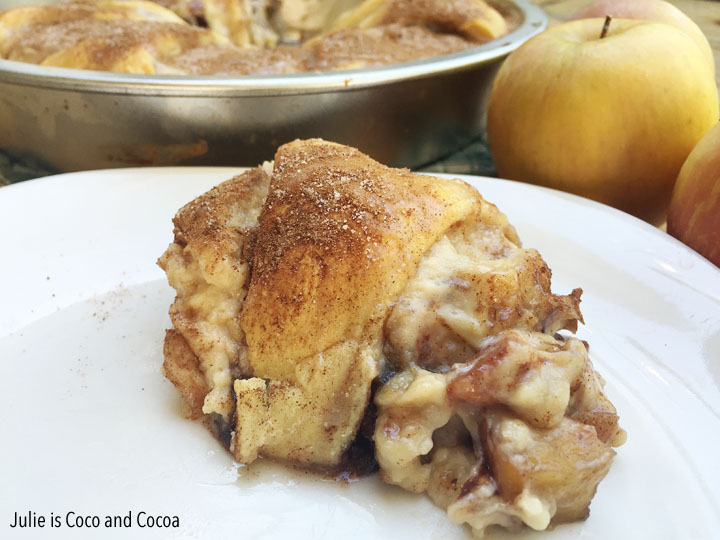