Today’s post is sponsored by NBC, but my love for television is all my own! 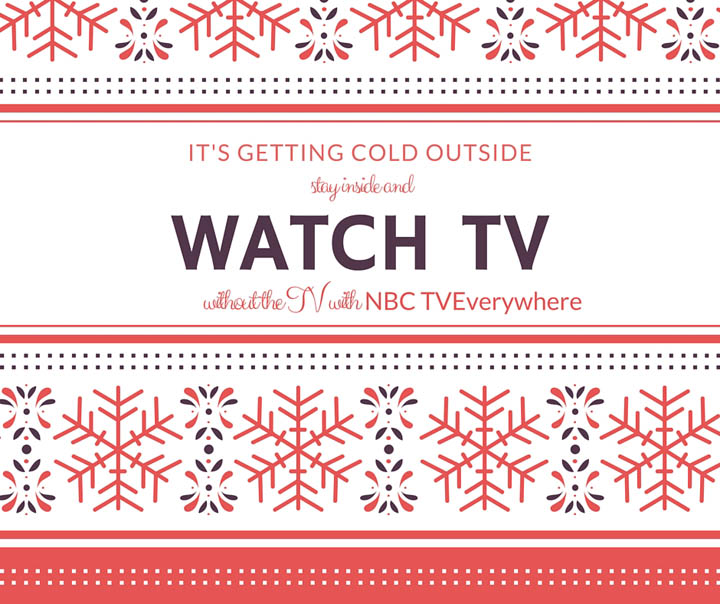 It’s no secret that I love television. And now that the weather is getting colder there is nothing that I like better than curling up with a cup of hot chocolate and a good show. But I have a confession, I honestly can’t remember the last time that I actually got to watch TV on my television.

See, I have these three boys who think that they need to be able to watch the television after school. And then a spouse who wants to be able to watch TV when he gets home from work. Truthfully, after school and evenings are a busy time for me to be trying to watch TV. I tend to enjoy my screen time either in the early afternoon or after the kids have gone to bed. Lucky for me, NBC TVEverywhere means I can binge watch all my favorite shows on my computer or laptop whenever I want.

When watching all my favorite NBC shows is as simple as pressing play on my laptop I will never again worry about missing a show. In fact, you can binge watch all the new fall shows, no TV provider login required. 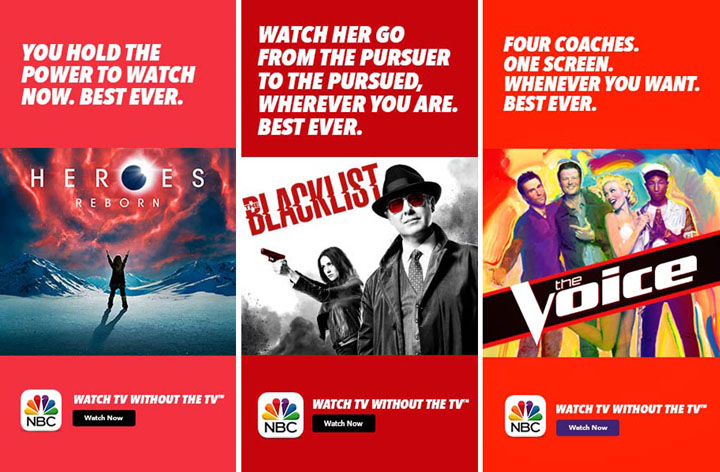 Now, lets’ talk shows. There are a plethora of options online. And if you’re a few episodes behind, now is the perfect time to catch up!

I loved Heroes and I was so excited when they announced this 13-episode event series. I love that they brought back some of the original characters like Noah Bennet, but there are plenty of new characters as well, including Luke played by Zachary Levi (“Chuck”).

Here’s the scoop: A year ago, a terrorist attack in Odessa, Texas, left the city decimated. Blamed for the tragic event, those with extraordinary abilities are in hiding or on the run from those with nefarious motives. Two such vigilantes include Luke and Joanne, who are seeking to avenge a tragic loss. Noah Bennet, a.k.a. H.R.G., has gone off the grid but conspiracy theorist Quentin Frady finds him and opens his eyes to the truth behind the Odessa tragedy. For better or for worse, some are fated to cross paths with assorted heroes of the past, including Hiro Nakamura, Matt Parkman, Mohinder Suresh, and the Haitian, among others. Yet, together, their ultimate destiny is nothing less than saving the world and mankind.

My husband loves this show. It’s on my binge-watching list because he got ahead of me watching it. James Spader is fantastic and this new season has flipped everything around.

Here’s the scoop: FBI Agent Elizabeth “Liz” Keen is now a fugitive and on the run with criminal mastermind Raymond “Red” Reddington. With Assistant FBI Director Harold Cooper under investigation, a conflicted Agent Donald Ressler leads the FBI Task Force on a massive manhunt for Liz and Red – more dangerous together than apart since Liz has expert knowledge of FBI procedures and no one exceeds Red’s vast resources. As they struggle to stay one step ahead of their former colleagues and Liz immerses herself into Red’s underworld of disreputable contacts and covert operations, will the notorious list of new Blacklisters this season play a key role in their survival or their demise? Liz is on an unpredictable journey of self-discovery and all the pieces of her life, including her indefinable relationship with Tom, will be drastically challenged as she continues to believe Red holds all the answers.

With a sister who’s a singer how can I not love a vocal competition?! From anxiously waiting for a judge to turn their chair around during the Blind Auditions to voting during the Live Shows it’s a rush. I can’t believe this year is the show’s ninth season!

Here’s the scoop: This seasons celebrity musician coaches include Gwen Stefani, Pharrell Williams, Adam Levine and Blake Shelton, while Carson Daly continues to serve as host. The show’s innovative format features five stages of competition: the first begins with the Blind Auditions, then the Battle Rounds, the Knockouts, the Live Playoff’s and finally, the Live Performance Shows. During the Blind Auditions, the decisions from the musician coaches are based solely on voice and not on looks. Once the teams are set, the battle is on. Coaches will dedicate themselves to developing their team of artists, giving them advice, and sharing the secrets of their success, along with help from their celebrity advisers. At the end of the battles, only the strongest members of each coach’s roster remain and proceed to the Knockout Rounds. In the Live Playoff Rounds, the top 20 artists will compete to secure a spot in the Live Shows. In the final live performance phase of the competition, the top 12 artists will compete each week against each other during a live broadcast. The television audience will vote to save their favorite artists. In the end, one will be named “The Voice” and will receive the grand prize of a recording contract.

You know what else you need for a binge-watching session? Popcorn! Pour some kernels in a dish, pop it in the microwave, and voila. (Need more directions? Search “microwave popcorn in the sidebar and see the full tutorial.)

I’m also a fan of adding things to my popcorn. Like a drizzle of dark chocolate or some peanut butter melts. Sweet and salty treats make me oh so happy. 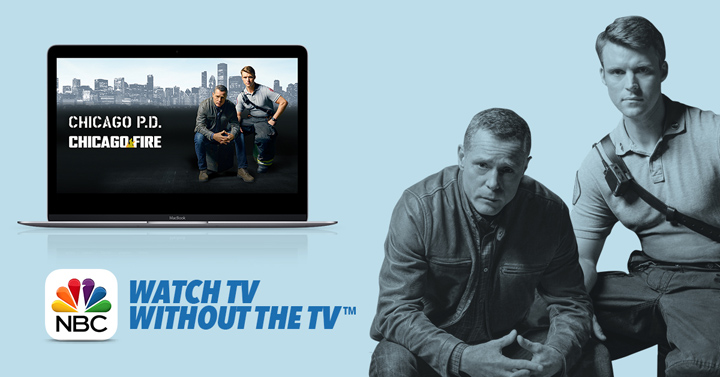 Something else that makes me happy is finding new shows to add to my binge-watching list. Now the question is, do I start with Chicago, Fire, Chicago PD, or Chicago Med? Any suggestions?

Log in and Watch full-episodes online, and let me know what’s on your to-watch list in the comments.