I really like traditions. And this is one of my favorites. Earlier this week my sister and I donned our homemade shirts and headed to the So You Think You Can Dance tour.

This is the 5th year we’ve gone to see the SYTYCD tour together. And we have developed some very strict behaviors/rules/customs associated with this particular tradition. It all starts with the handmade t-shirts. Or rather, hand embellished. We buy t-shirts at the store and then we decorate them and incorporate the name (or acronym) of the show. This year I bought some baseball style tees and then dotted them with fabric paint. Some years we do match-matchy shirts. Some years they are just similar, like this years. Two baseball tees, both dotted, and both say the name of the show. But in slightly different styles. Other behaviors include me winning intermission. And meeting all the dancers after the show.

So how does one ‘win’ intermission? Having gone for a few years in a row I’ve gotten really good at telling when intermission is about to happen. When you are in a theater filled primarily with women getting to the bathroom as quickly as possible is vital. As soon as they started the sand dance (if you watch the show you’ll probably know what I’m talking about) I turned to my sister and told her that intermission would be next, because they’d have to sweep before any other routines. I was right. The lights went down, I grabbed my purse, and power walked to the bathroom. No line when I went in. A line halfway down the length of the theater when I left. When I got back to my seat I told my sister that I won intermission. (Because life is a game.)

Sadly I could also tell when it was the last performance of the night. I hate it when the show is over. 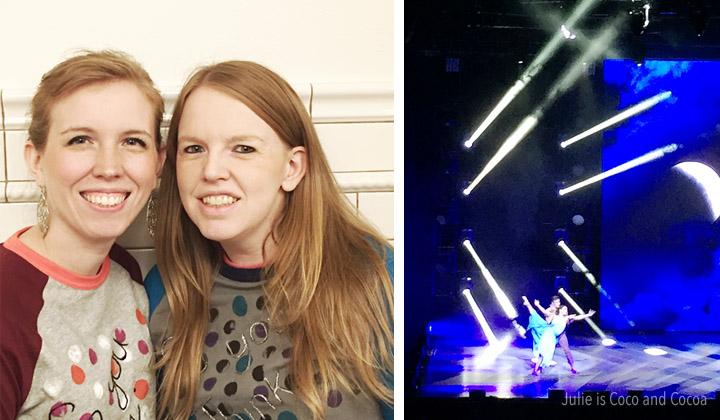 We do always sit in different parts of the theater. That isn’t on purpose, we just always choose the best seats available option when we order our tickets. This year we really lucked out with out seats. We sat right next to the control booth, meaning that the lighting director guy there was directly to my right. And while it was fascinating watching him control all the switches and things during the show my sister and I had a complete fangirl moment when we realized the illustrious Mandy Moore (choreographer extraordinaire) was sitting in the booth! During intermission she walked right behind us to leave the theater, and when she came back we jumped at the chance to ask for a photo. We were surprised that basically no one else recognized her. It wasn’t until we were posing for photos with her that other fans started pointing and realized who she was. 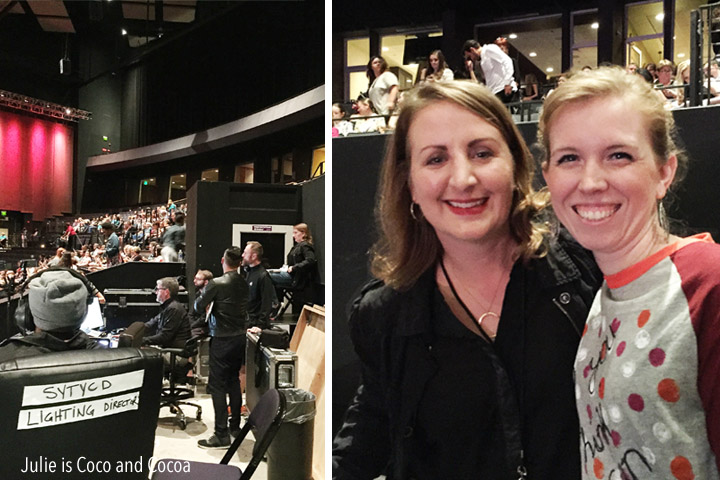 The tour was amazing. I love getting to see my favorite routines performed live. They always bring out new routines for the tour which is fun. And there are consistently dancers who I love even more on tour than I did when the show aired. This year I put together a video with some clips from the tour. Make sure to check out the audience member dancing at intermission. She actually danced to the same song while we were waiting for the show to start. When they played the song again at intermission everyone immediately turned toward her and requested an encore. You’ll have to watch the video to see what I’m talking about.

And hanging out with the dancers after the show is pretty fun, too.

Season 11 and other previous tour photos