I’ve partnered with JORD to find a unique men’s watch, but all opinions are my own. Make sure you enter to win a gift code for your own cool watch!

What kind of watch do you give a maker? My husband is the maker behind Quietly Rebellious and he needed a men’s watch that fit his creative spirit. 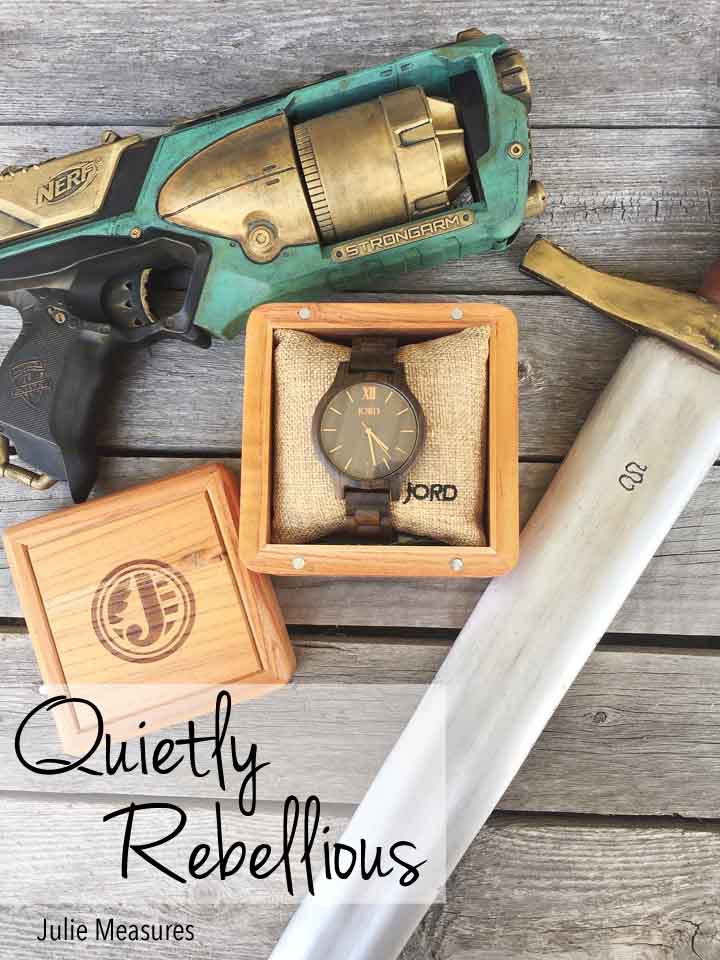 My husband is a maker. When my husband I first got married we lived near the mountains and spent lots of time outdoors. His biggest projects were working on his car. Though he also built model airplanes and a few other things. 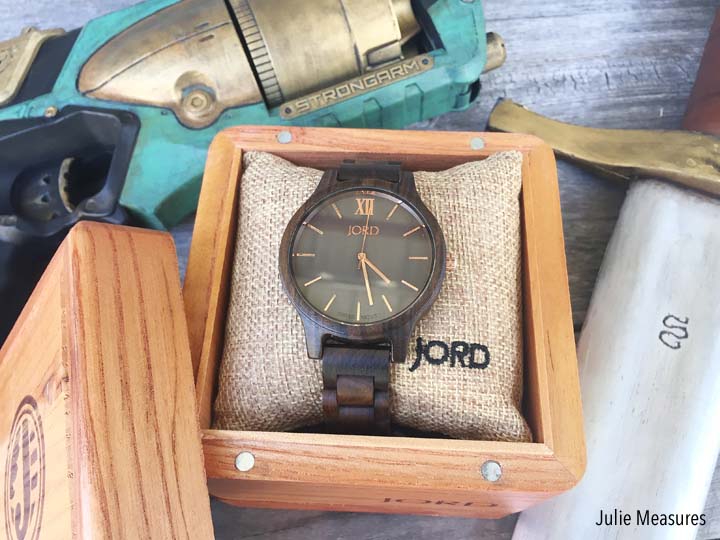 When we moved back to Texas there weren’t so many mountains and he started making other things. Primarily wooden furniture. He started with a toy chest for the twins. Then he built them a train table. And he built us a coffee table. Then he built dozens more coffee and train tables for customers. Moving to our downtown Fort Worth apartment, and away from his workshop, slowed down the furniture building. 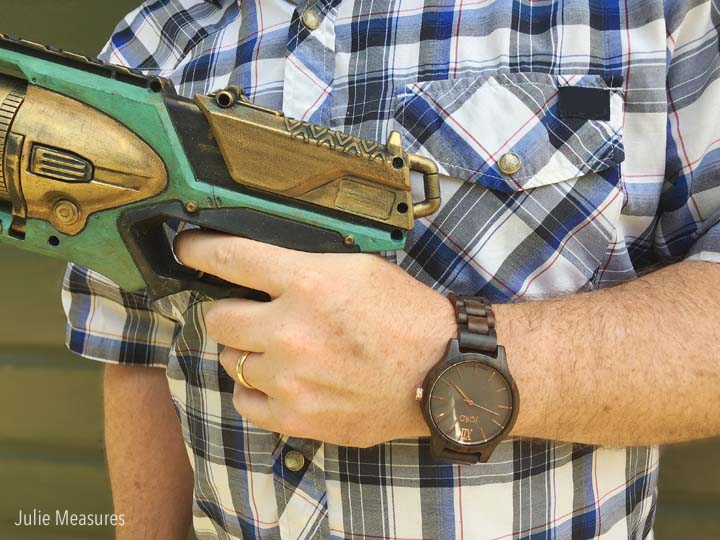 Earlier this year he started modifying toy nerf guns. And turning the toys into cosplay props. He even helped me write a blog post about how to turn a toy into a cosplay steampunk prop if you want to make your own.

Since then he also recorded some videos for his Just Build Stuff YouTube channel showing how he made the guns step by step. There is also an episode that shows how we made the DIY Unicorn Lamp that appeared here on my blog.

And while he is still making lots of cosplay guns he also also started making prop swords. So far he has created two different designs. Both started as wood models that he carved. Then he made silicone molds from the models. After making the mold he could cast the resin prop sword. 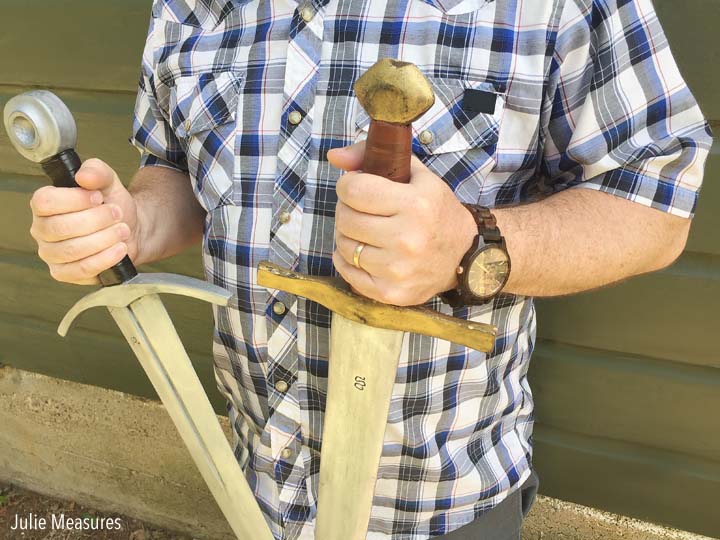 All of that to say he can make dozens of replicas of these two swords. Both are historical recreations. One is based on an early medieval (pre 1200) arming sword and the other a high medieval (1300-1500 AD) arming sword.

If you haven’t noticed my husband is a little bit crafty. So when it was time for him to have a new watch he certainly needed something unique, and a JORD watch fit perfectly. He has training in interior design and has loved wood and woodworking for years, so a wood watch was clearly destiny. He’s wearing the Frankie Series in Dark Sandalwood and Smoke. 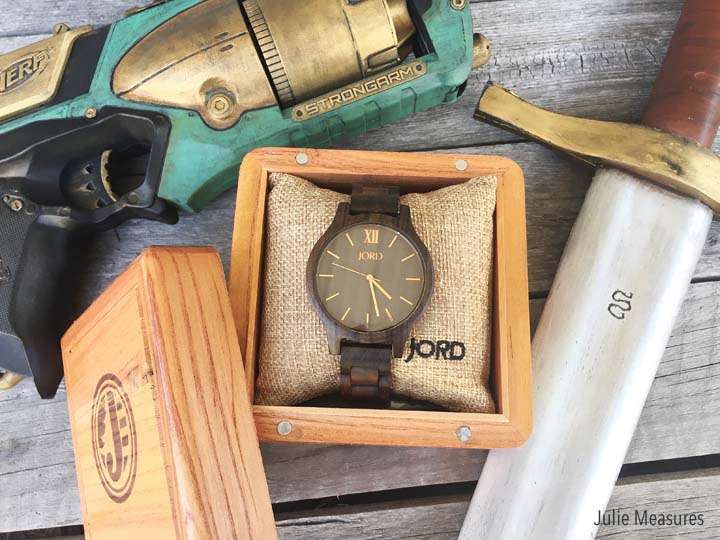