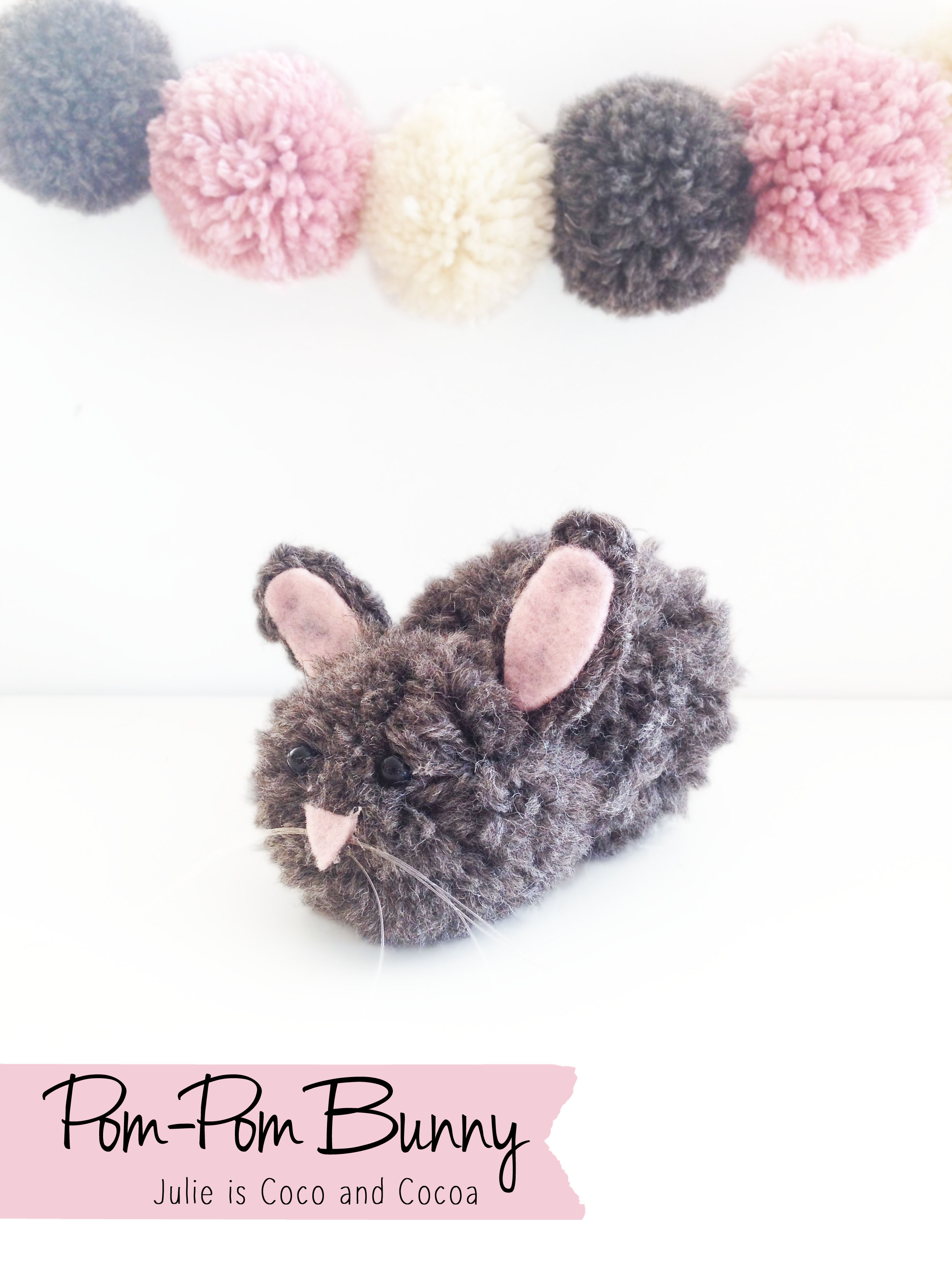 I have created quite a few different knit and crochet bunny patterns over the years. But creating fluffy bunnies should something everyone can do! Which is why I put together a sweet pom-pom bunny. He’s quick and easy to make, no special skills or tools required.

The foundation of the bunny is three pom-poms. You can use a pom-pom maker or just wrap the yarn around your fingers. You’ll need the largest pom-pom (it’s the one on the left) for the body. For this one I wrapped the yarn around 4 fingers 150 times. The center pom-pom was for the body, and I wrapped yarn around 3 fingers 120 times. Then it was time for the tail. You can either make a tiny pom-pom, I wrapped this yarn around 2 fingers 80 times. Or you could purchase a small white pom-pom in the craft section at the store. Once the pom-poms are made trim them up to make them as round and fluffy as possible. 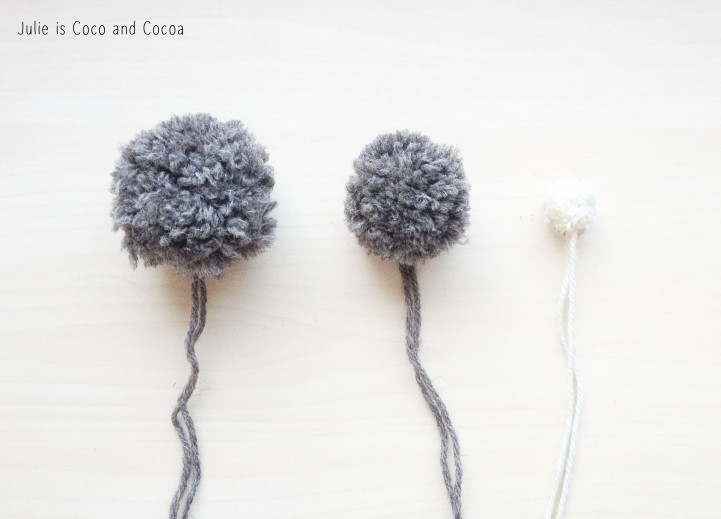 Once your pom-poms are made it’s time for the ears, nose, and eyes. I chose to crochet the back of the ears using the same yarn as the pom-poms. You could also get some matching felt from the store. I did use pink felt for the inside of the ears and the nose. I used hot glue to attach the ear pieces together. 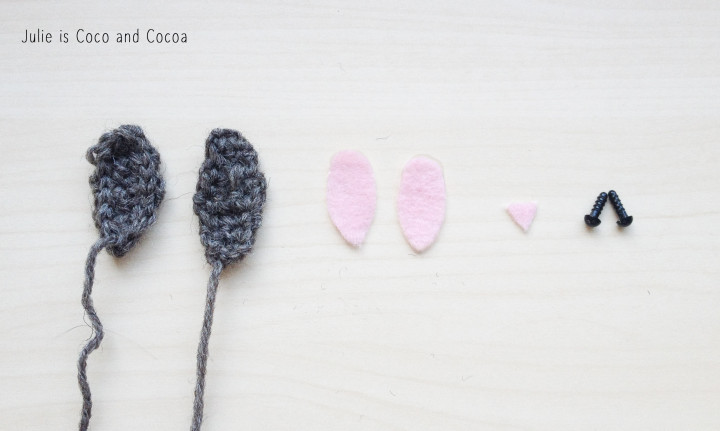 Then it was time to attach my pom-poms to each other. I used a tapestry needle to secure mine, you could also use hot glue. 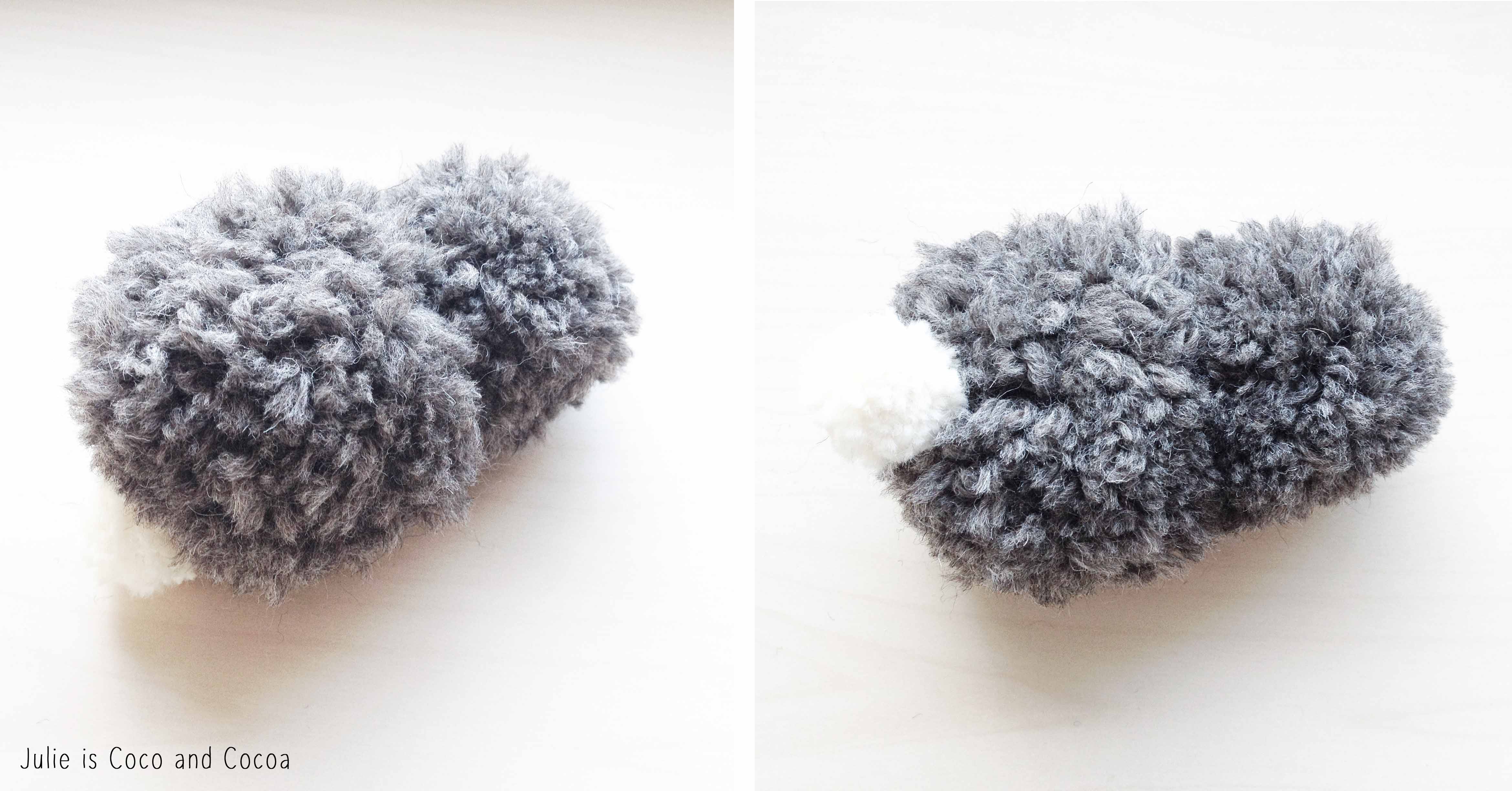 Once the three pom-poms are attached you can add the ears and eyes. For his whiskers I used some pieces of fishing line from my husbands tackle box.

My Littlest immediately claimed the pom-pom bunny as his own. I think that means I’ll need to make a few more! I’ll even recruit Littlest to help me make them. 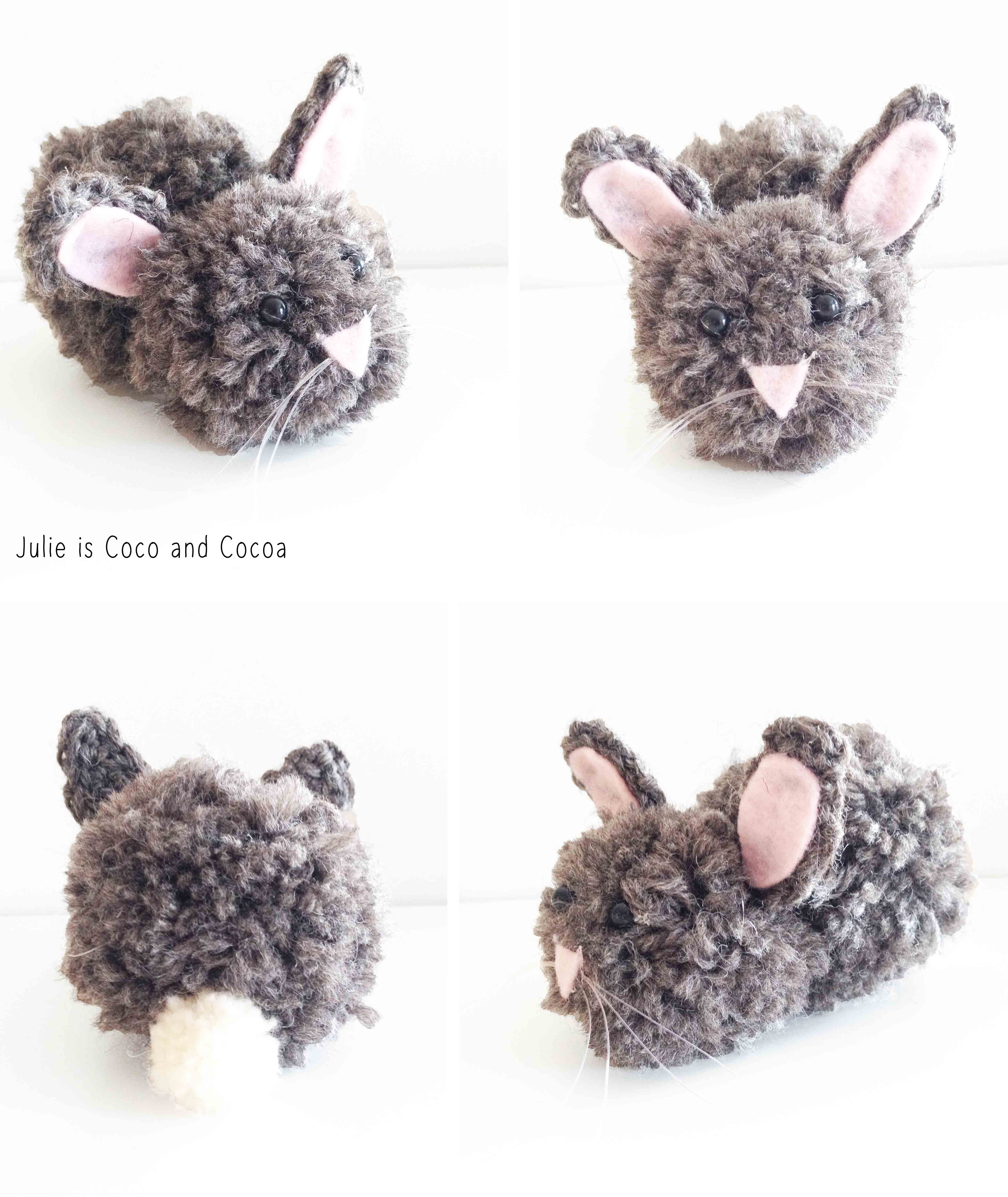 Your fluffy pom-pom bunny is all ready for spring! Let the kids play with him or use him as a spring decoration.