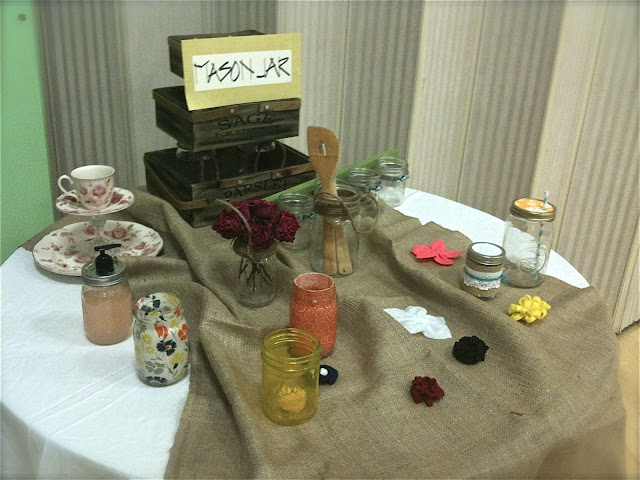 Coming up with a mason jar craft was a windy road for me.

Initially I wanted to make a mason jar drinking glass like I saw here. In fact, I had it be the first make something Monday craft I did with the twins. But they are never happy with keeping anything simple. Beyond picking a fabric for their lid and painting the rim a color they wanted to paint their jars. Youngest twins glass is the one of the left. He went with a NinjaGo theme. (A cartoon on TV and a type of Lego set you can buy). Each of the jars four sides is spray painted a different ninja color. Oldest twin wanted an Adventure Time theme. (Another cartoon). So I made him a pattern and let him spray his design onto his jar.

Here are their results. 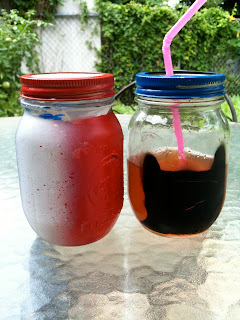 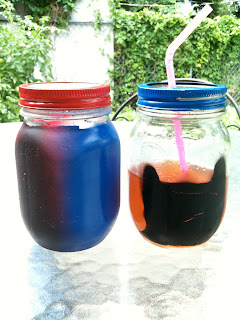 After we finished their jars I remembered that I had some glass paint stashed away that I had never used. I found this glass painting tutorial (which is actually really simple) and went to work.

I painted the inside of the glass as instructed and turned it upside down to let any excess drip out. 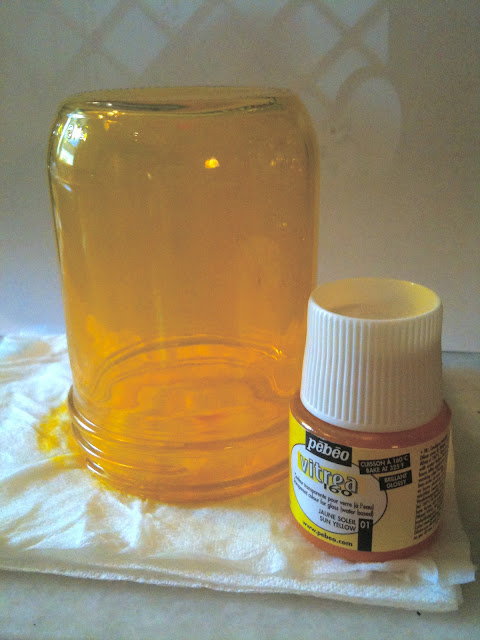 Following the directions on the label, I let it dry for 24 hours and then baked it in the oven. 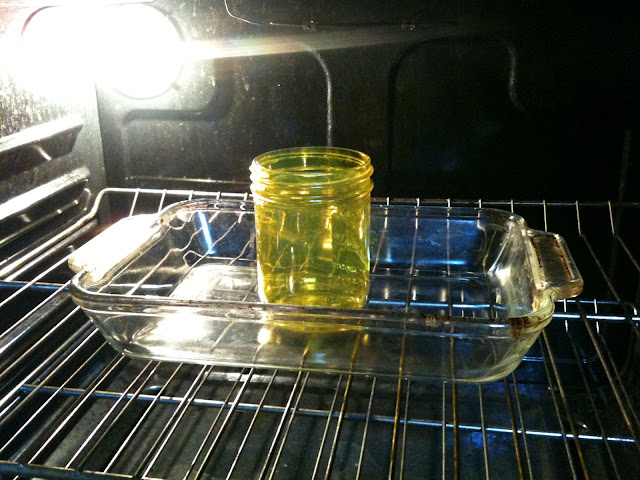 One reason I was excited about using the glass paint is once it was baked it is food and dishwasher safe. Which means I can use it as my summer drinking glass. 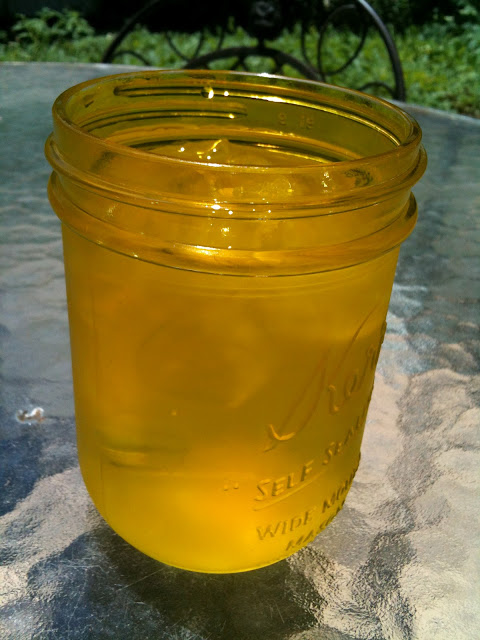 Of course, it can also be used as a votive holder as the original tutorial indicates. 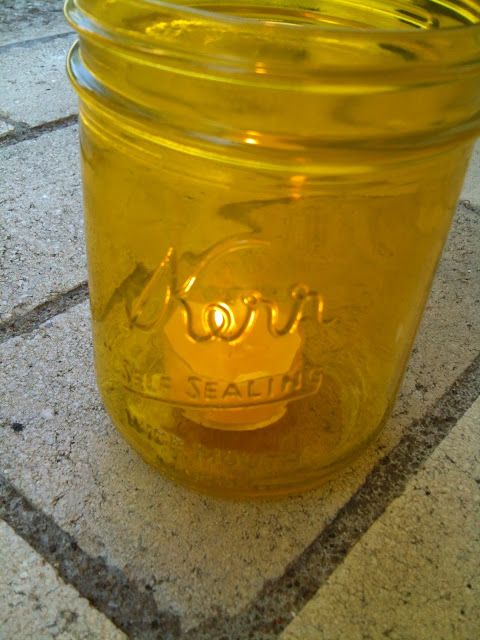 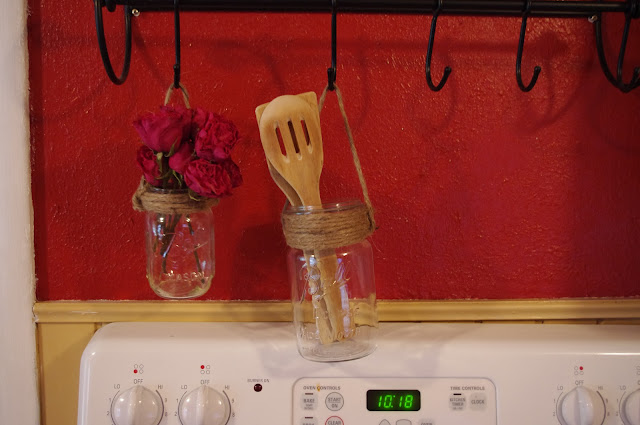 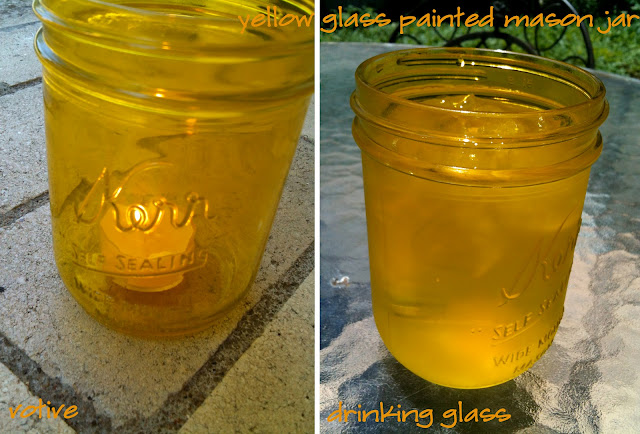 another version of a Mason Jar Holder