This shop has been compensated by Collective Bias, Inc. and Mazola® Corn Oil. All opinions are mine alone. #SimpleSwap #CollectiveBias
Looking for a lighter fish and chips dinner idea? Try this Oven Baked Fish and Veggies Foil Packet Dinner! 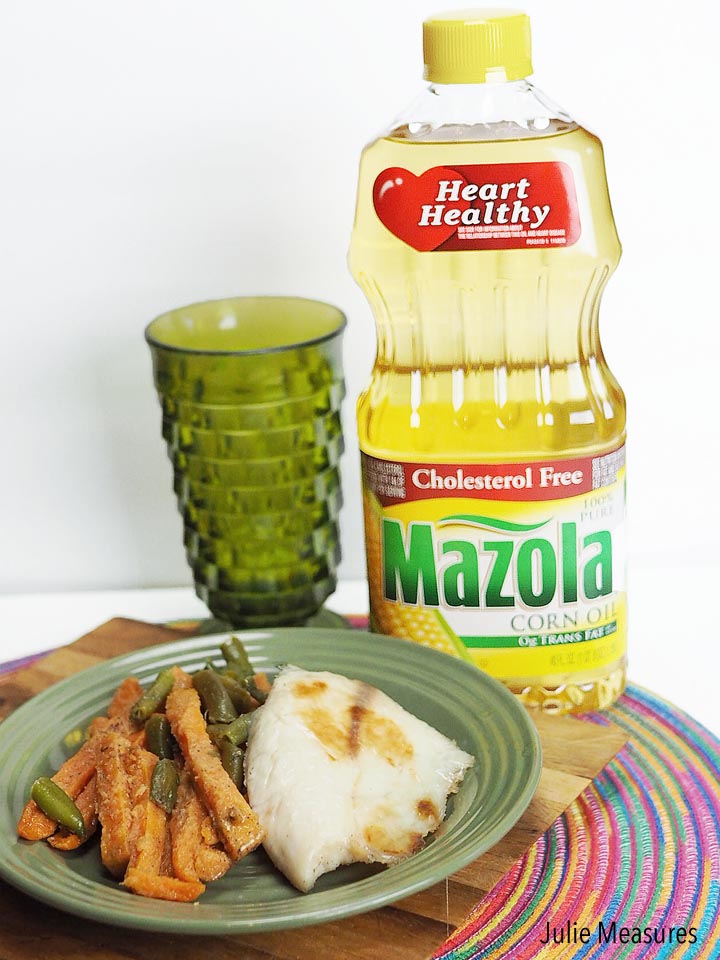 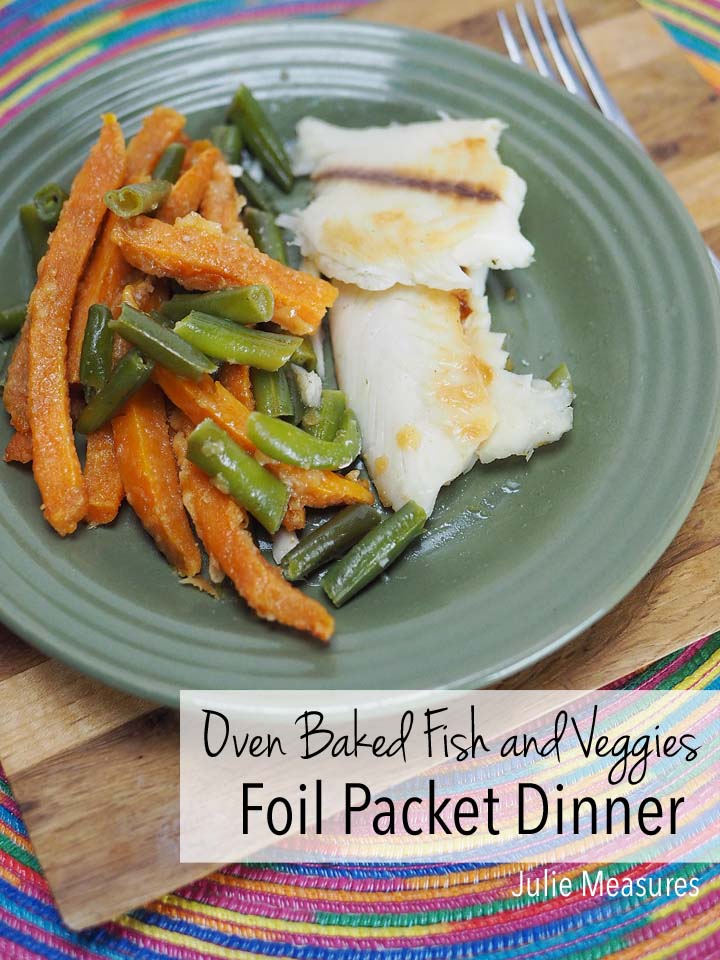 Littlest is obsessed with British culture lately. He loves watching British television shows, specifically some of the cooking shows. He thinks it’s hilarious that they have different names for their foods, that they call cookies biscuits or french fries chips. He has been wanting to help more in the kitchen, so we have been trying out different British inspired recipes. A recent study has found that adding Mazola® Corn Oil to one’s diet resulted in lower cholesterol levels than Coconut Oil. A previous study found that corn oil can also help lower cholesterol more than extra virgin olive oil. To learn more about the study, see Mazola.com. I decided to take Littlest’s desire to try British food, and my knowledge about Mazola® Corn Oil, to create a lighter version of fish and chips that we could make at home. I often make foil packet dinners when we are camping, but I thought I’d try an oven baked version and make some Oven Baked Fish and Veggies Foil Packets.

I’m swapping frying for a foil packet, swapping french fries for veggies, and I’m using Mazola® Corn Oil instead of other cooking oils. Mazola Corn Oil is an all-purpose cooking oil that is a smart heart-healthy choice for your family. Variety of its uses include baking, grilling, sautéing, stir frying, or mixing up a marinade or dressing. 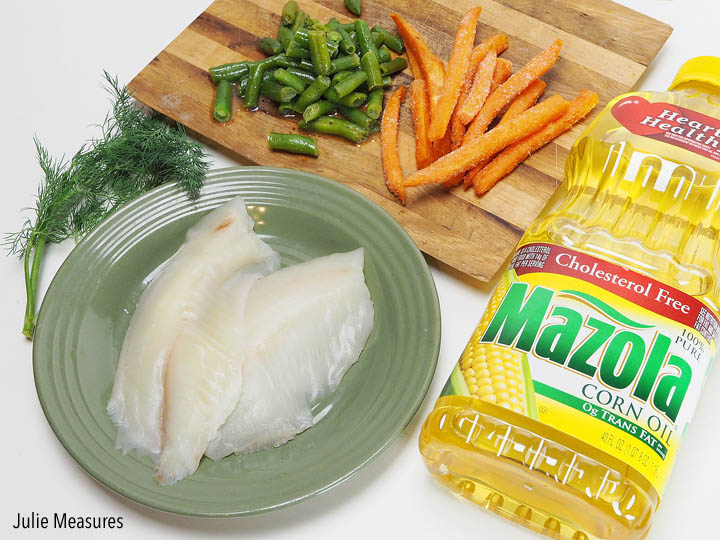 I’m using a square piece of aluminum foil and I’m layering a tablespoon of Mazola® Corn Oil, my mild whitefish, green beans, and sweet potato slices. I’m also using some fresh dill and salt and pepper. Mazola® Corn Oil has a neutral taste that won’t negatively impact the taste of ingredients, so it lets the natural flavor of your food stand out. 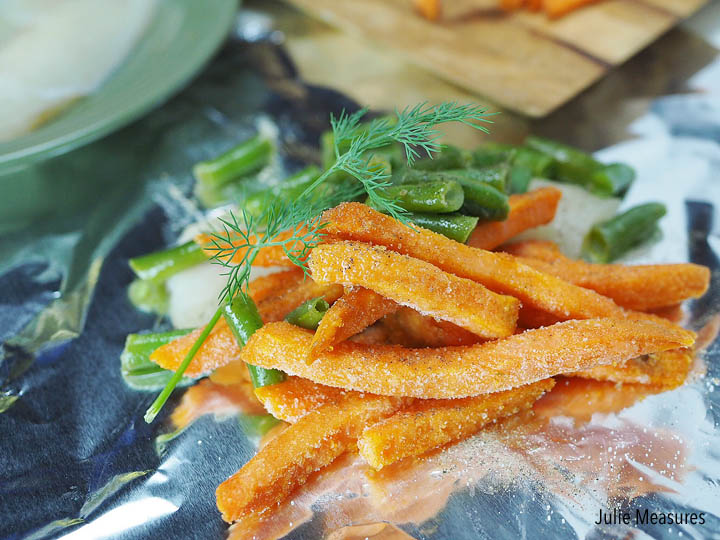 Once you’ve combined all your ingredients on the foil wrap it up tightly. The foil packets get baked in the oven at 450 degrees for 20 minutes. Mazola® has a smoke point higher than most cooking oils at 450°F and performs well in a variety of cooking applications, including stir-frying, sautéing, grilling and even baking. Many home cooks may not realize that all cooking oils have a smoke point that, once exceeded, not only negatively affect the food’s flavor but also its nutritional value. 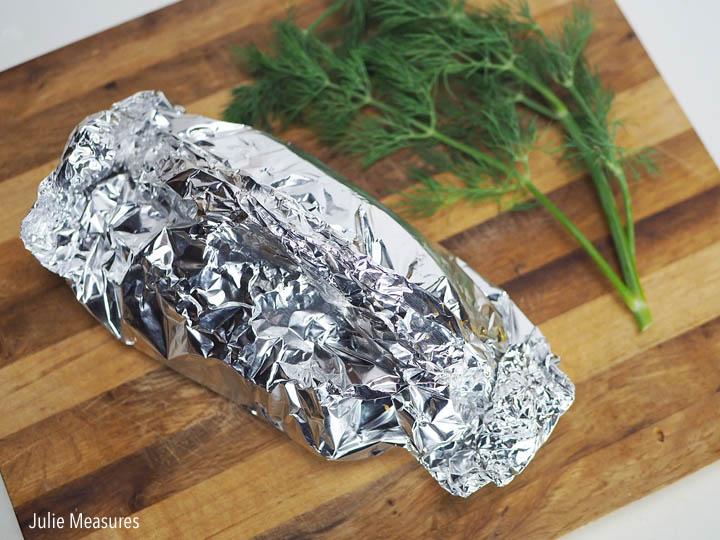 Remove your foil packet from the oven when it is done cooking and allow to cool slightly so you can unwrap the foil. The fish should be tender and flaky and the veggies should be perfectly cooked! If you want you can squeeze a dash of fresh lemon juice on top. 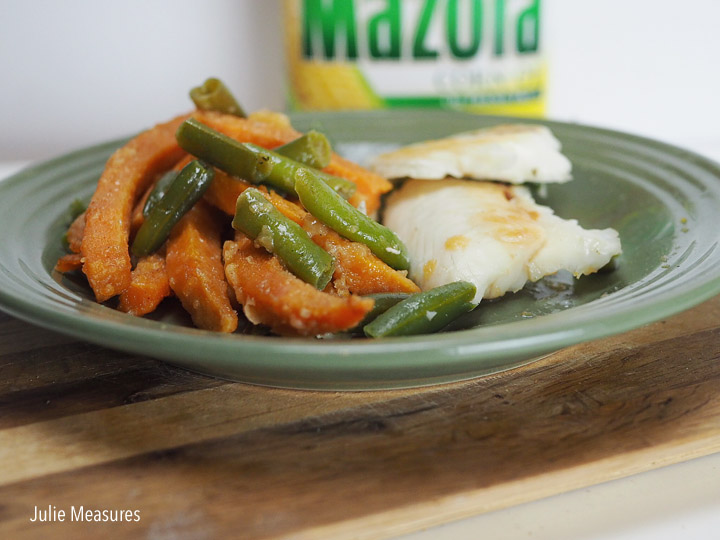 Mazola® cooking oil is made of 100% pure oil with no additives, so the great flavor of your food comes through. Additionally, a clinical study showed Mazola® Corn Oil reduces cholesterol 2x more than extra virgin olive oil. To learn more about this claim, see Mazola.com. 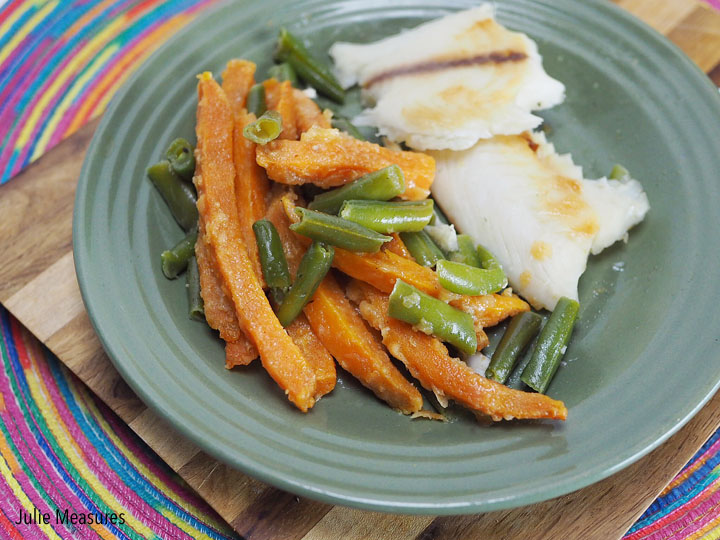 Directions
Heat oven to 450°. Place each fish fillet on 12-inch square of aluminum foil. Top each fish fillet with one-fourth of the vegetables. Sprinkle with dill weed, salt and pepper.
Fold up sides of foil to make a tent; fold top edges to seal. Fold in sides, making a packet; fold to seal. Place packets on ungreased cookie sheet.
Bake about 20 minutes or until vegetables are crisp-tender and fish flakes easily with fork.

There are so many ways to make lighter dishes by swapping ingredients, including using Mazola® Corn Oil!