Ready to ring in the New Year? Here are 4 ways to throw a family friendly New Years Eve Party! 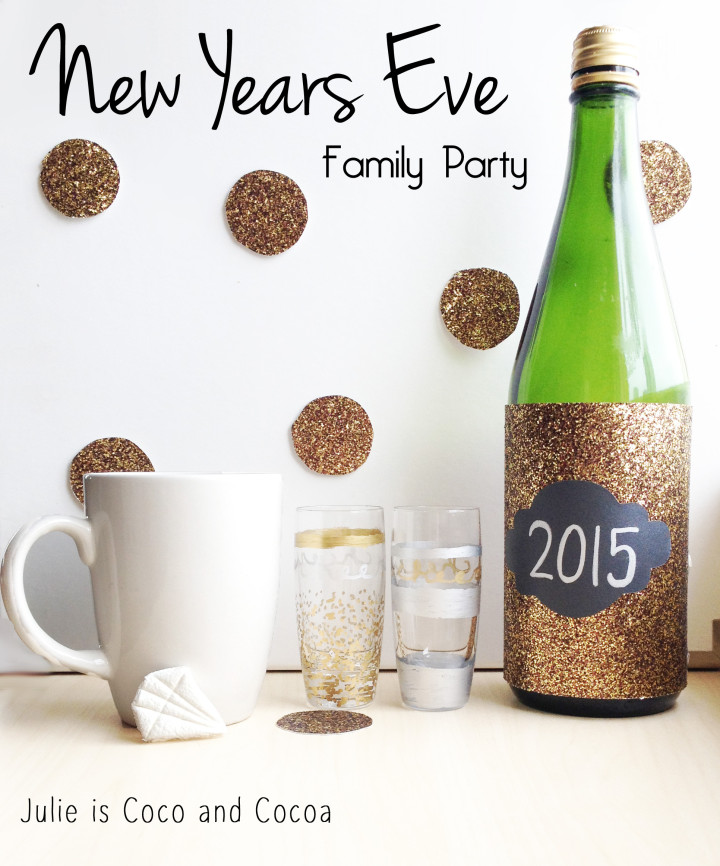 For many years when I was a teenager and even after I got married our family spent New Years Eve at the home of a family friend. It was a mulit-generational get-together with several families. Different age groups would be spread across the house playing games, listening to music, and hanging out. That’s where I was first introduced to the band They Might Be Giants as well as the songs Star Trekkin and Fish Heads. My sister and I played the songs for one of my teenagers while we were driving around one day and he looked at us like we were crazy. In fairness the songs are absolutely ridiculous.

It’s been years now since we spent New Years Eve with that family, as everyone has scattered. But those are some of my favorite New Years Eve memories. Having that experience of entire families spending New Years is now something we do within my own family. Our New Years Eve usually involves some board games, some television, and plenty of snacks. And the kids really like it when we do a little something special. 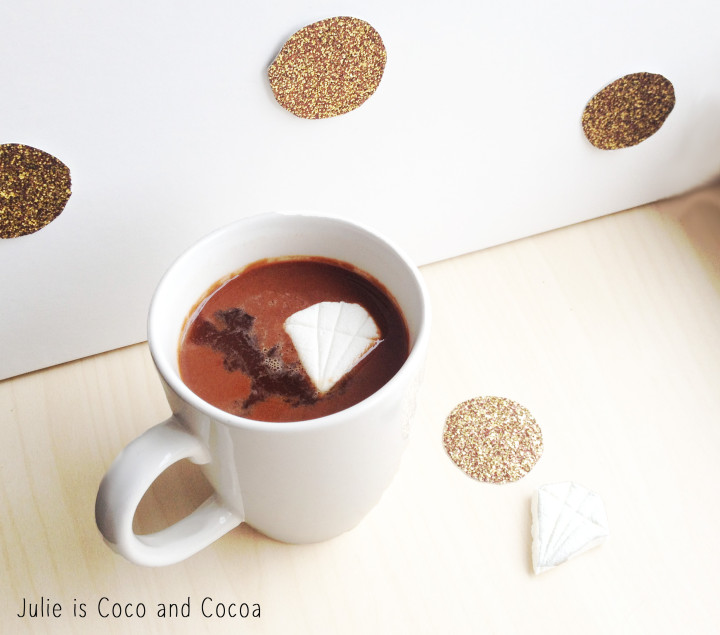 While I will save a bottle of something bubbly for the countdown, we need other drinks throughout the evening. And hot chocolate should definitely be on the menu after you make your own marshmallow toppers. But giant marshmallows (the flat ones if you can find them, or flatten your own) and then use a knife or cookie cutter to cut out shapes. I’m fond of diamonds for New Years Eve. I think they will be a great addition to cups of hot chocolate.

For toasting glasses I decided to have the kids give glass painting a try. We used some shot glasses and oil based paint pens that work on glass. We stuck with silver and gold colors since they are for New Years Eve. We tried some different stripes and dot combinations. Then I wrote cheers around the top of each glass. 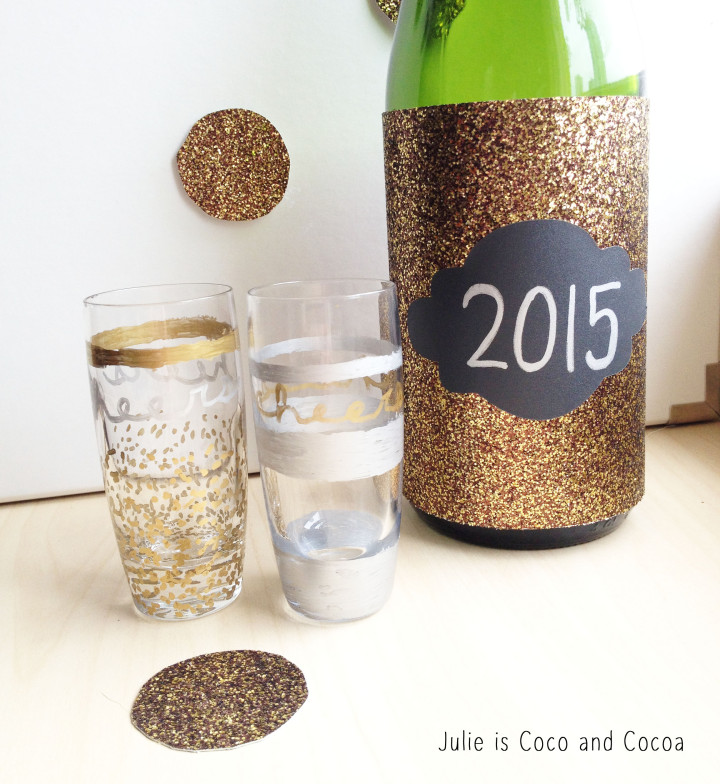 I also thought it would be fun to dress up a bottle of sparkling juice. I saw several ideas for putting glitter on the bottles, but for less mess I went with some gold glitter card stock that I cut to the size of our bottle. Then I used a chalkboard label and wrote the year on it.

From another sheet of the gold card stock I cut out several extra large circles. You can tape them to a wall to use for a photo back drop.

How are you celebrating New Years Eve? Let me know!