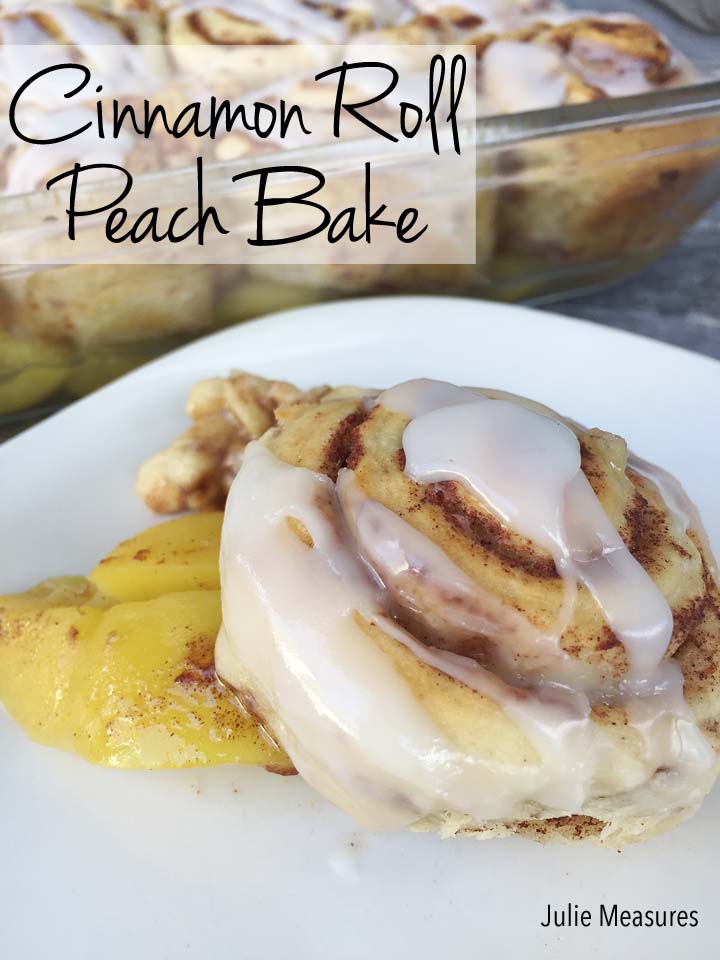 Anyone else remember the Peaches song? “Movin’ to the country, Gonna eat a lot of peaches” and “Millions of peaches, peaches for me“? Complete and utter mid 90’s song silliness. But, at least in Texas, peach fever might actually be a real thing. There are peach festivals and heated debates over which region makes the best peaches.

Honestly, there isn’t really a wrong way to eat peaches. Fresh peaches, baked peaches, peaches for you, peaches for me. Peaches are a summer staple. A summer necessity. 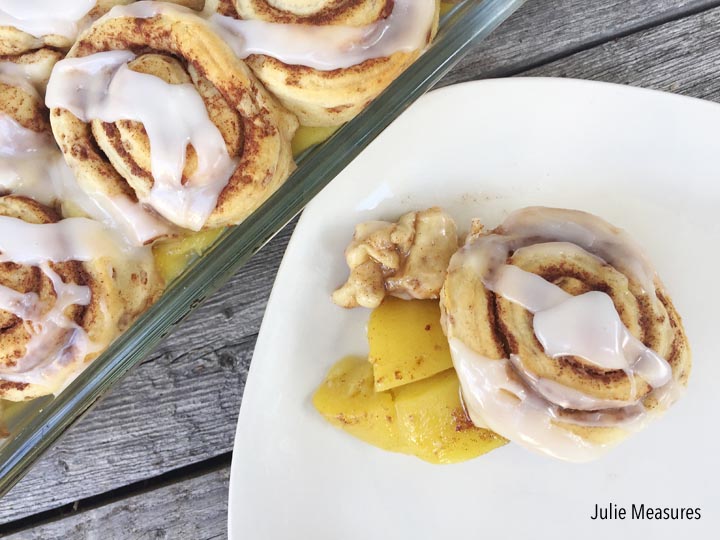 I grew up eating the worlds best peach cobblers made by my Mom and Nana. It’s a recipe that has been passed down to me so I make those cobblers now, too. But why relegate baked peaches just for dessert?

By combining peaches with cinnamon rolls I can eat baked peaches for breakfast, or at least brunch. Though I thoroughly endorse making this for dessert as well. 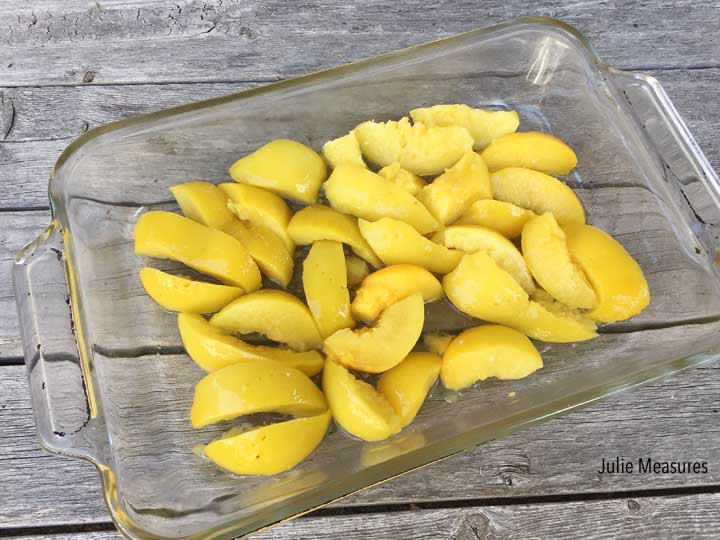 I used exactly two ingredients to make my Cinnamon Roll Peach Bake. Yes, 2. Canned peaches and canned cinnamon rolls. And oh my goodness, these two things were made to go together. 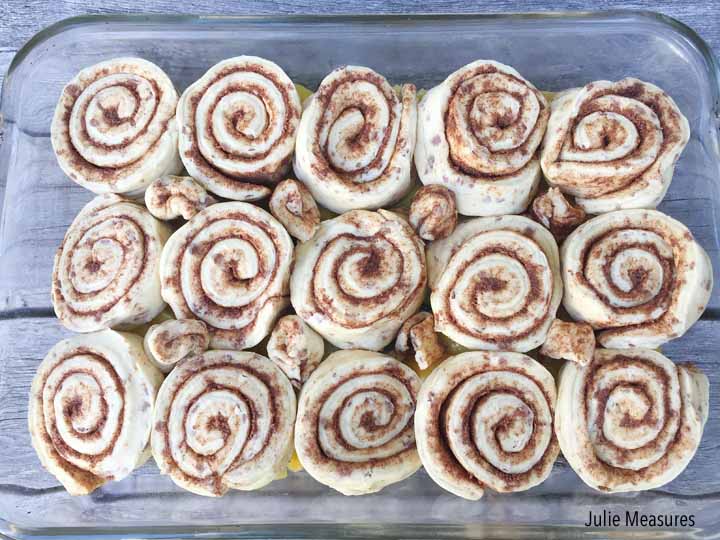 You’ll need an 8″x11″-ish pan. Pour the sliced peaches in the bottom. I used one giant can of sliced peaches, but you could use 2 normal sized cans. Drain off the excess liquid. 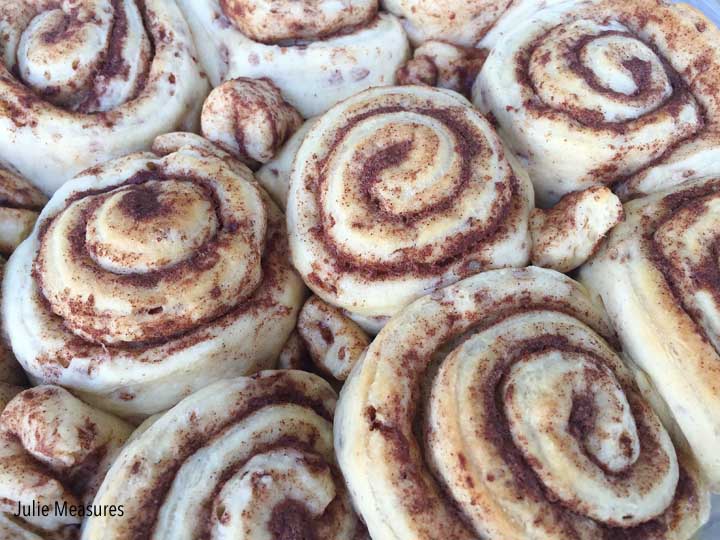 Put the entire pan in a 400 degree oven and bake according to the directions on the cinnamon rolls (mine said 400 degrees for about 15 minutes).

When I took out my cinnamon rolls they were lightly golden brown and firm on top. 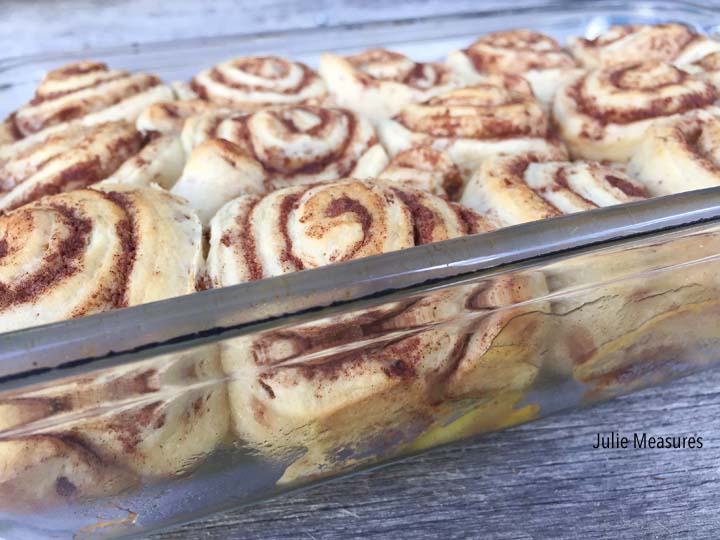 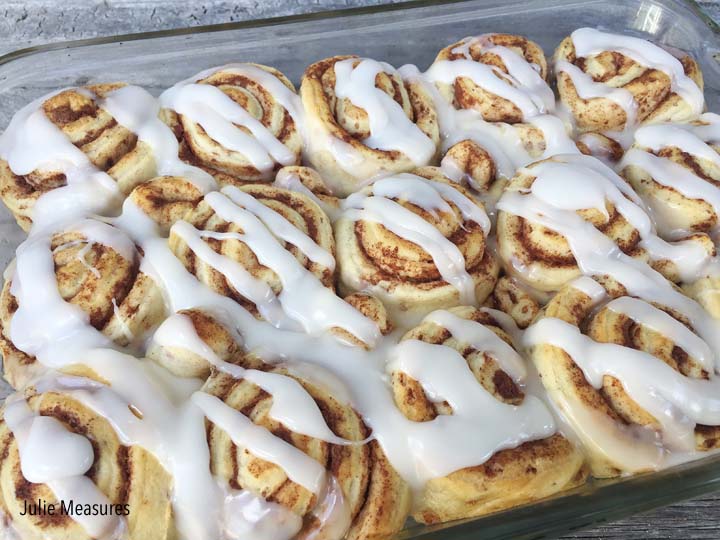 On top went all of the sweet cinnamon roll icing. 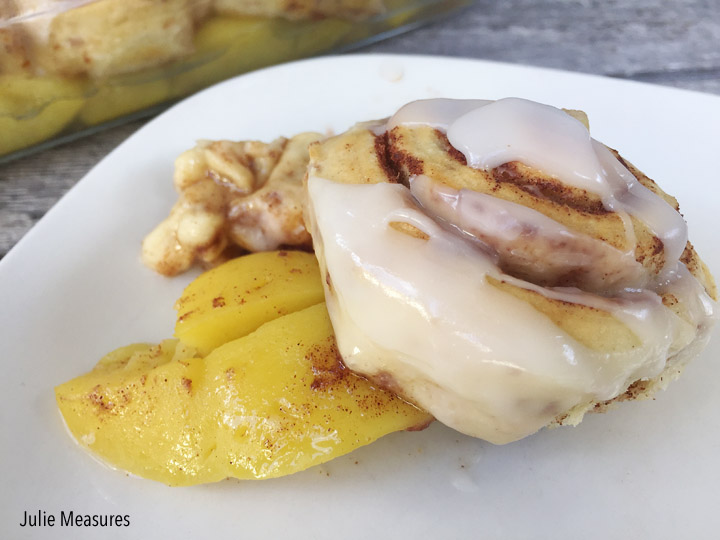 When the cinnamon roll peach bake is cool enough to eat scoop out a serving. This bake is perfect for breakfast, dessert, or brunch. Really, any time is a good time for peaches and cinnamon rolls. 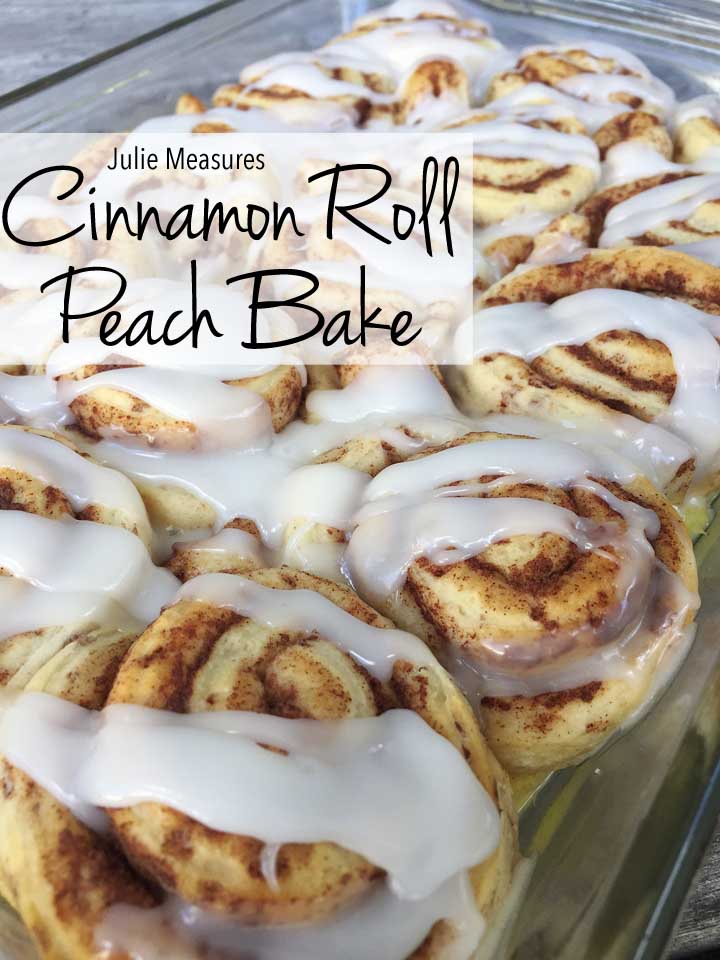