This shop has been compensated by Collective Bias, Inc. and its advertiser #HeroesEatMMs. All opinions are mine alone. #CollectiveBias
intro 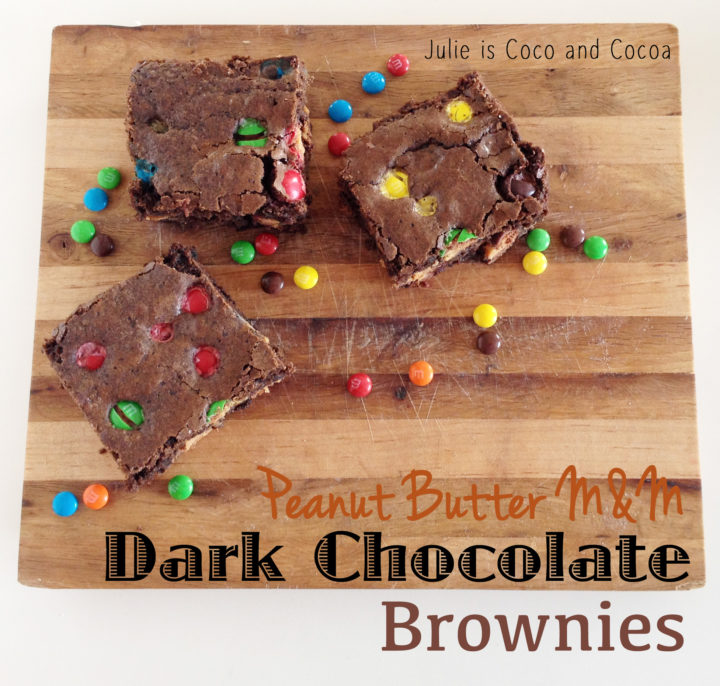 Snacks and movies. They go hand in hand, at least at our house. As soon as I put in a movie the boys all want to know what there is to eat. One movie we have been anxiously awaiting the release of is Captain America: The Winter Soldier. So how handy of WalMart to have had a Captain America event this weekend. 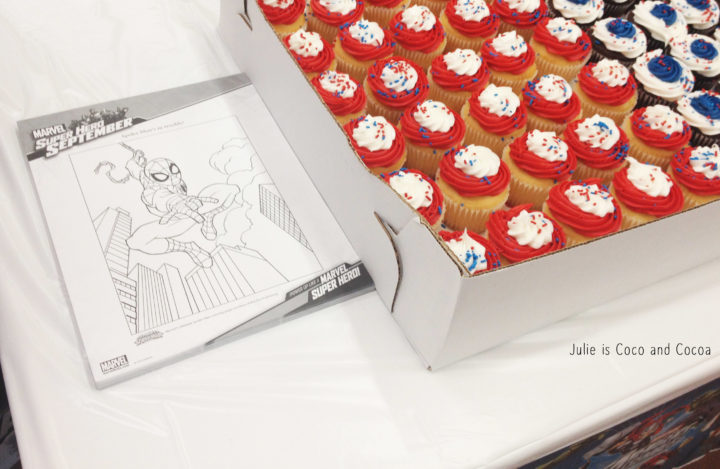 Free cupcakes and coloring pages for kids. (And adults thankfully, because free cupcakes!) 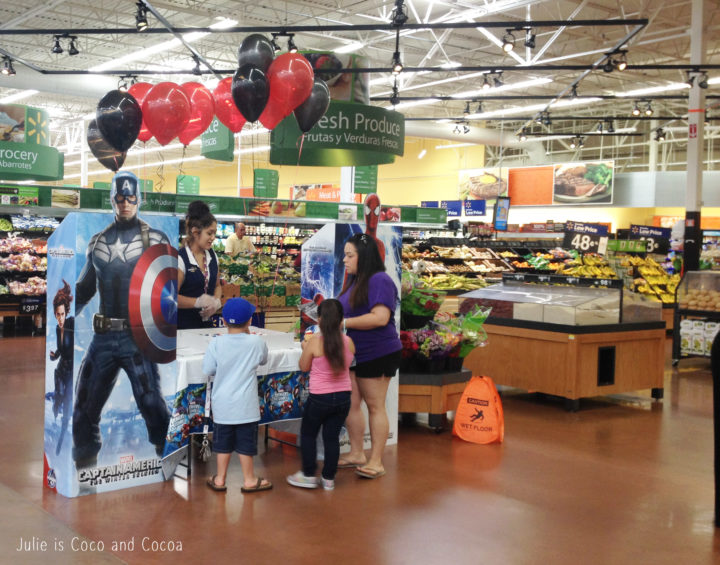 In case you haven’t heard, superheroes eat M&M’s. (My superheroes love M&M’s). They like them even better when they are my M&M chocolate brownies recipe. So while we were at WalMart I grabbed some M&M’s® so I could make a snack for when we watch the movie at our house. Actually I grabbed a few bags of M&M’s. For this particular treat I grabbed the Peanut Butter M&M’s, but I also grabbed some plain M&M’s just for eating. I also picked up some dark chocolate brownie mix. (Of course you could make your brownies from scratch, but I typically make mine from a mix.) 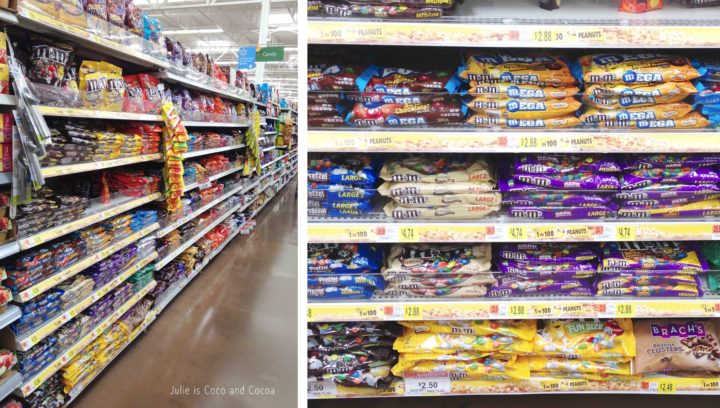 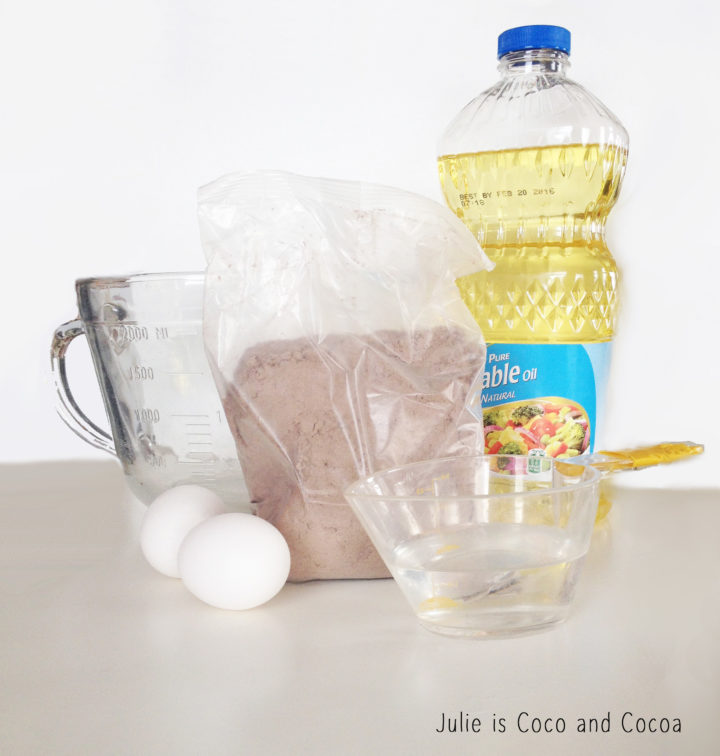 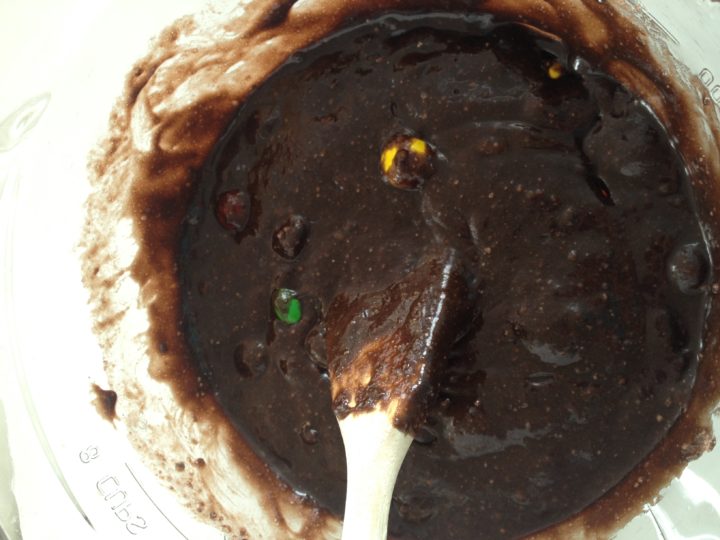 Then I added my M&M’s. I added almost the entire bag, only reserving about 1/2 a cup of M&M’s. 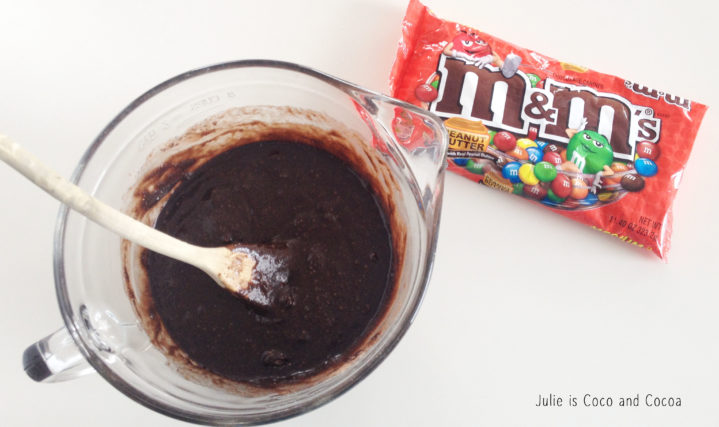 I used that 1/2 cup of M&M’s to sprinkle on the top. Once I mixed the Peanut Butter M&M’s into the brownie mix they essentially disappeared. I wanted to make sure you could actually see that there were M&M’s mixed into the brownies. 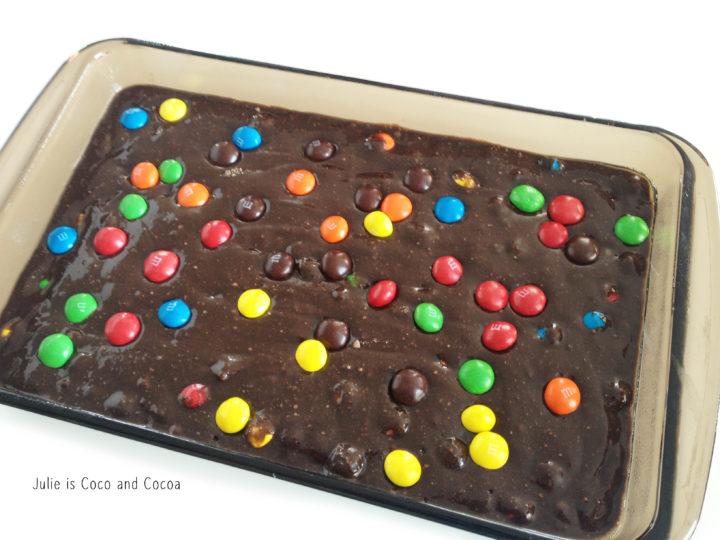 Then I baked my brownies according to the recommendations on the box. And by sprinkling the M&M’s on top you could see them in the finished brownies.

Once they were cooled enough to handle everyone was ready to eat them. 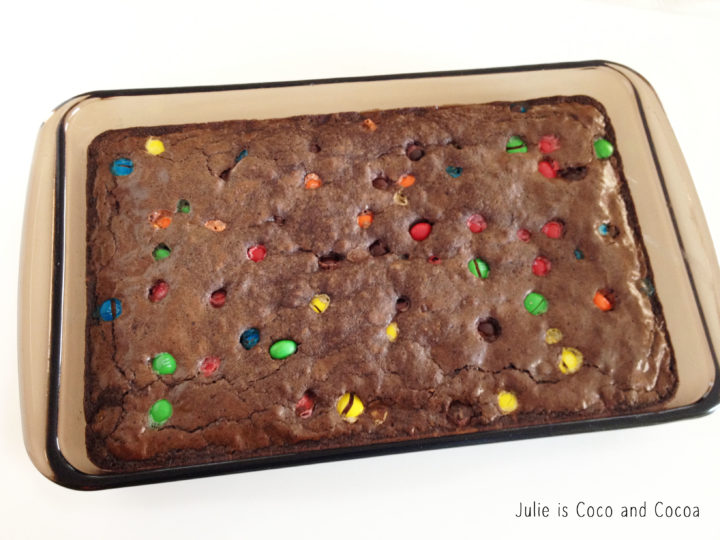 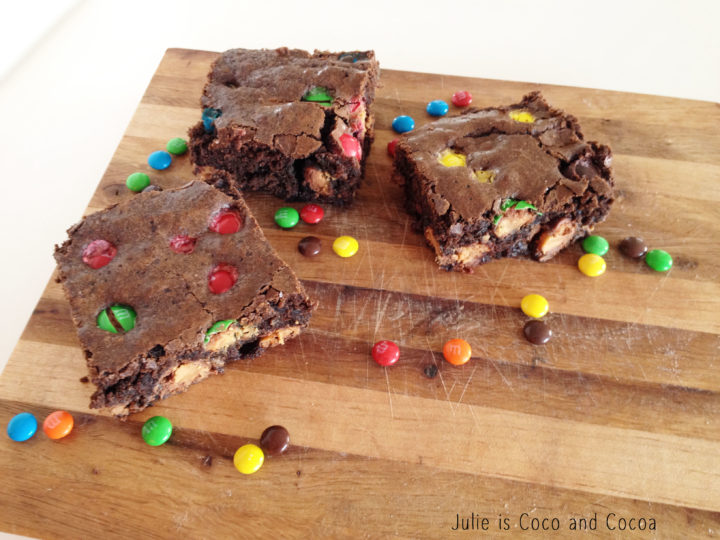 And to help with your movie night, right now you can get $5 off two bags of M&M’s and the Captain America 2: The Winter Soldier DVD at WalMart with this coupon (here). 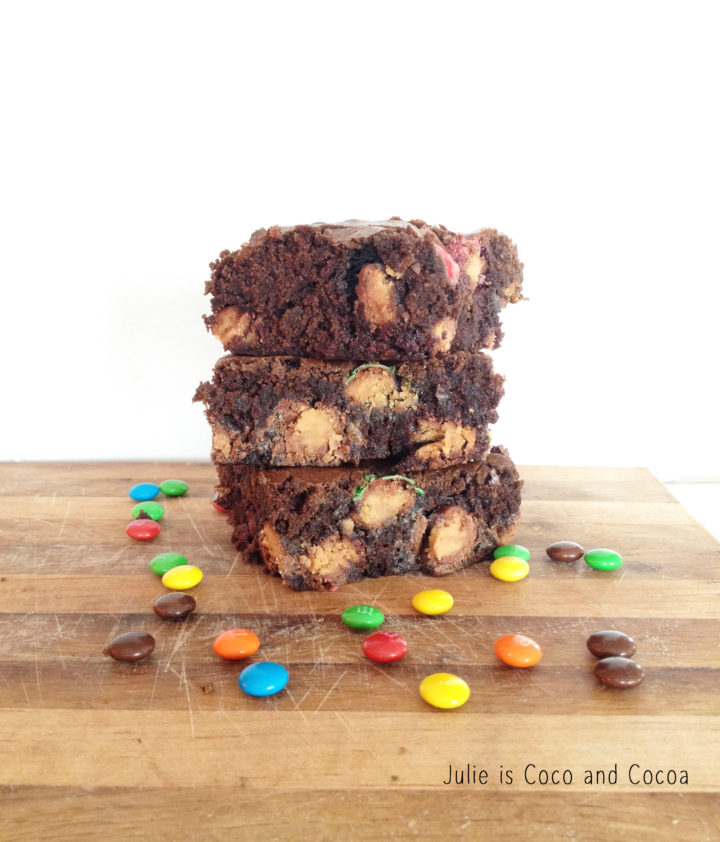