May the force be with you this Halloween in a Star Wars Halloween Costume. Don’t forget to enter the Star Wars GIVEAWAY! 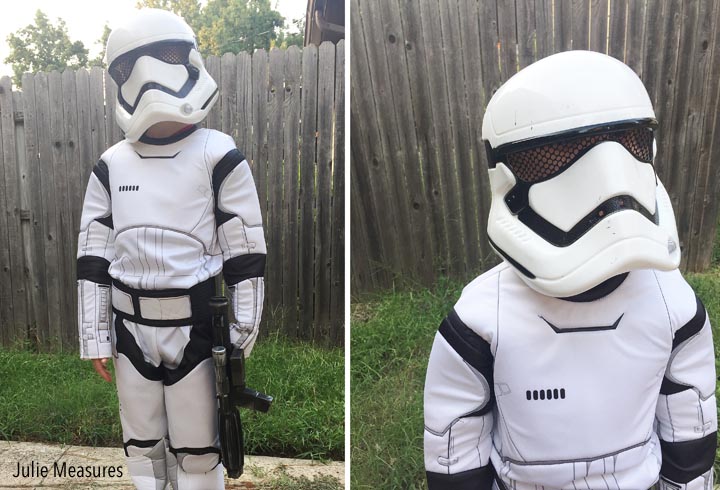 Every single entry, for weeks, was about dressing up and playing Star Wars with his brother. We had a drawer full of Star Wars costumes. The twins would come home from school, put on a costume, and play outside for hours. They had a friend down the street that joined in on the fun with them most days.

Littlest is now the same age the twins were during the height of their Star Wars costume play. Guess who wanted a Star Wars costume for Halloween this year? Yep, Littlest! We grabbed both the Star Wars Stormtrooper costume and storm trooper blaster gun from Oriental Trading. 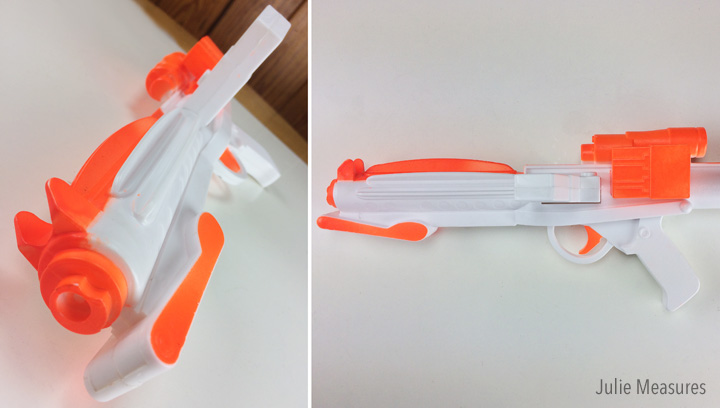 My kids are very well versed in Star Wars technicalities. They like to bring me toys of random ships and see if I know what their names are. While I’ve seen all the movies I certainly don’t know all the details like they do. Which they find incredibly amusing. I keep asking Oldest Twin to confirm what the names are for everything while I’m writing this post. 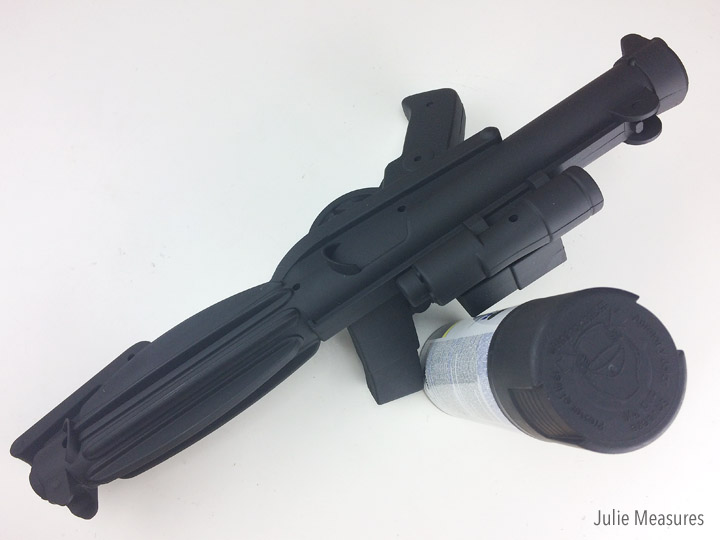 To make our toy gun look more like the Imperial Storm Trooper Blaster (Oldest says it’s technical name is the E-11) we needed to paint it. The toy gun got a coat of black spray paint for the base. When that was dry my husband rubbed on some silver rub n buff and added some brown acrylic paint for a weathered look. 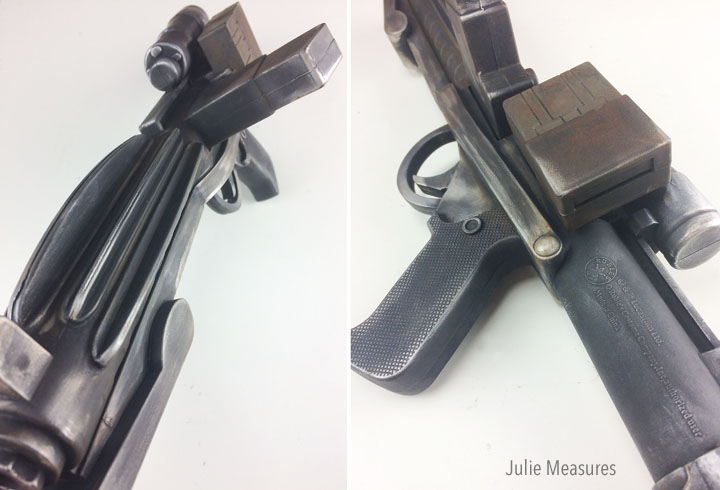 With our Imperial Storm Trooper Blaster painted and ready to go Littlest was ready to keep playing. Here you can see him in his costume with the before and after toy gun pictures. Littlest is going to be getting plenty of wear out of this Halloween costume! I love when they are so excited for their costume that they play in it lots. I also love when their costume is one that they can wear and play in for more than just one night. 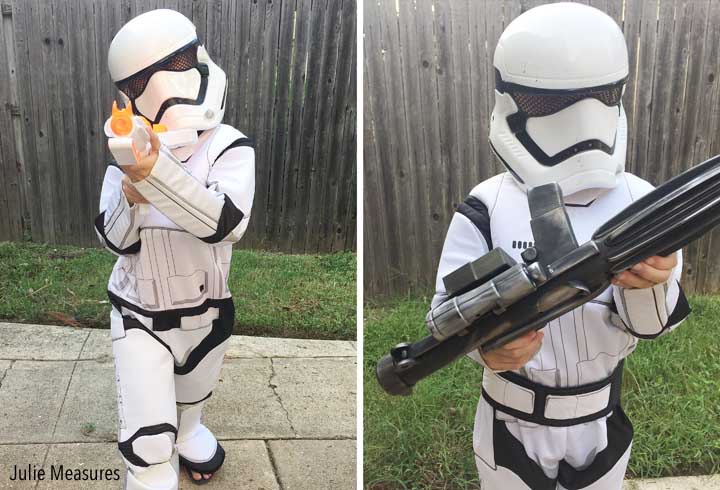 If your family is big Star Wars fans like mine, then I’ve got a treat for you! I’m giving away one copy of Star Wars Rebels: Season Three! 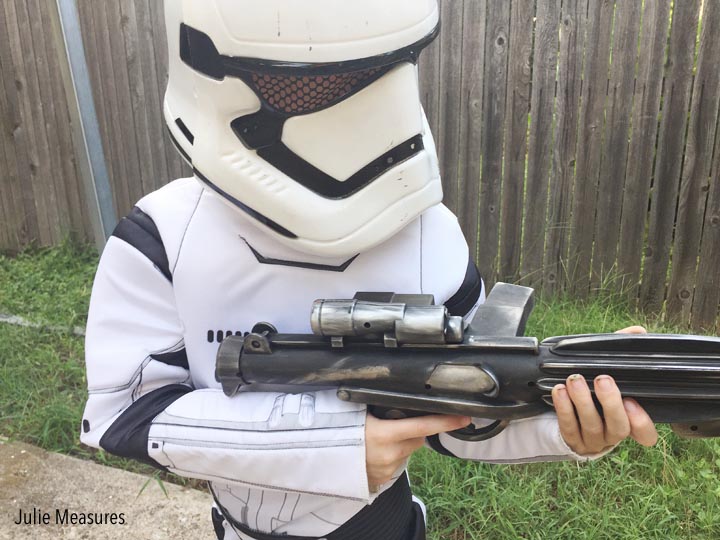 What will you be wearing for Halloween?