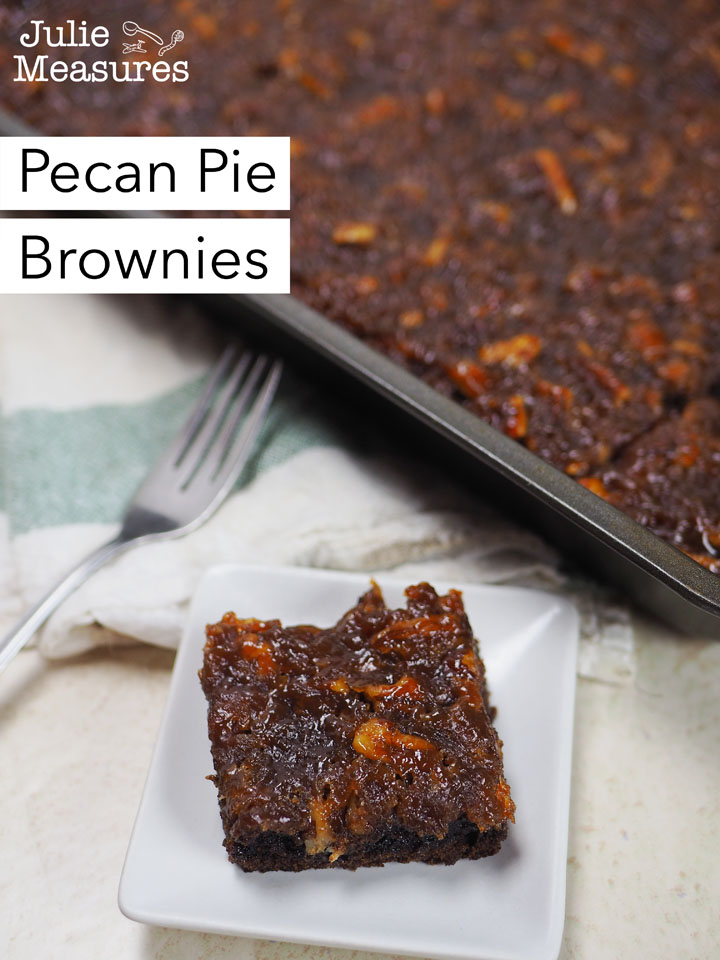 I love pecans. And pecan pie is basically pecans swimming in a pool of caramel. And yet, pecan pie has never been a favorite.

But look how pretty that pecan pie looks sitting in the window of this pie shop I stumbled across in a small Texas town. 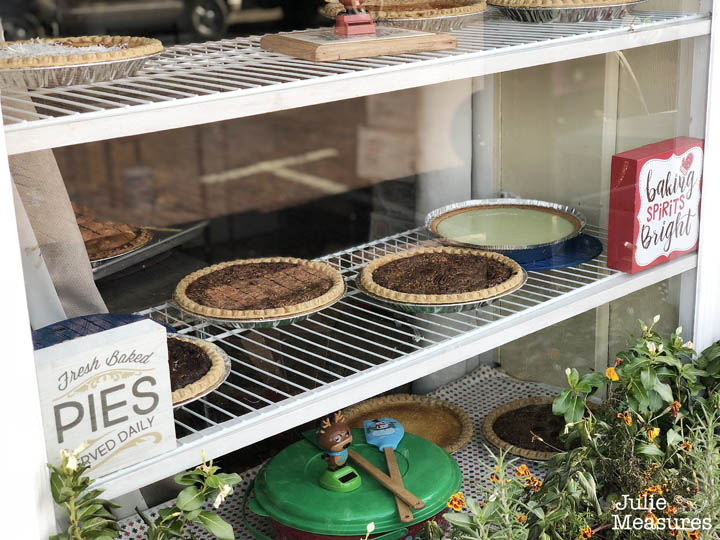 Many, many months ago my husband and I took a day trip to Jefferson, Texas. And while exploring Jefferson we walked past that pie shop, and I got pecan pies stuck in my head. 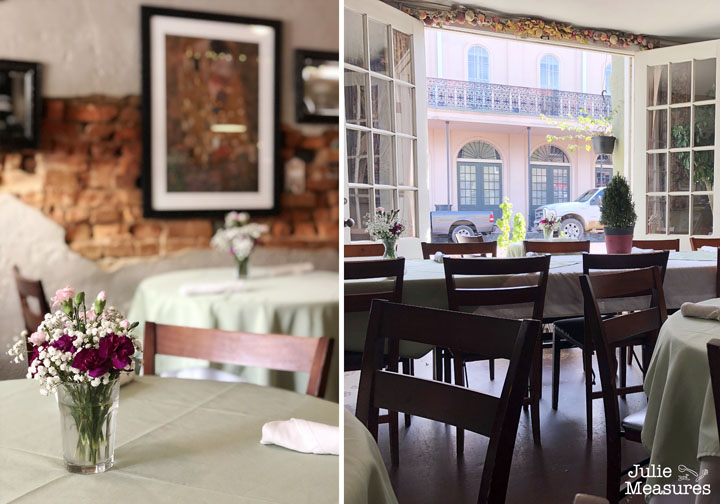 Once the sixth-largest town in Texas, Jefferson was named after the President Thomas Jefferson. 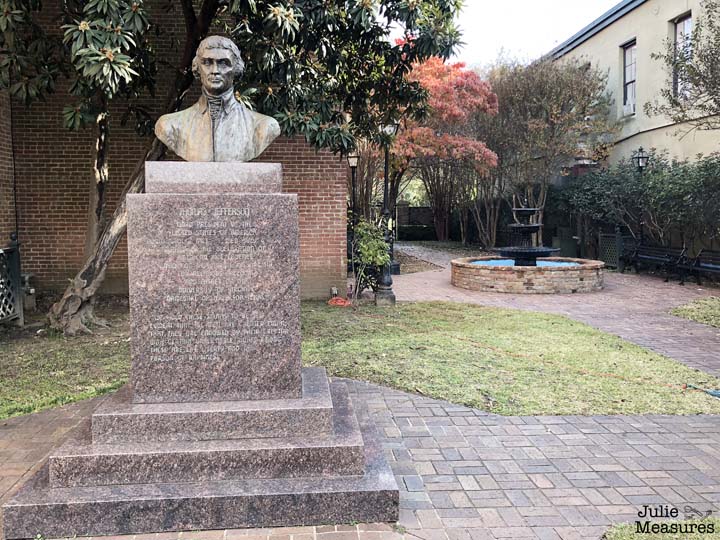 Jefferson was founded in 1841, which makes it a pretty old city in Texas. At the time a log jam on the Red River raised the level of both Caddo Lake the Red River high enough to allow for commercial riverboat travel to Jefferson from places like St. Louis and New Orleans from the Mississippi and Red Rivers. For awhile Jefferson was one of the most important ports in Texas. 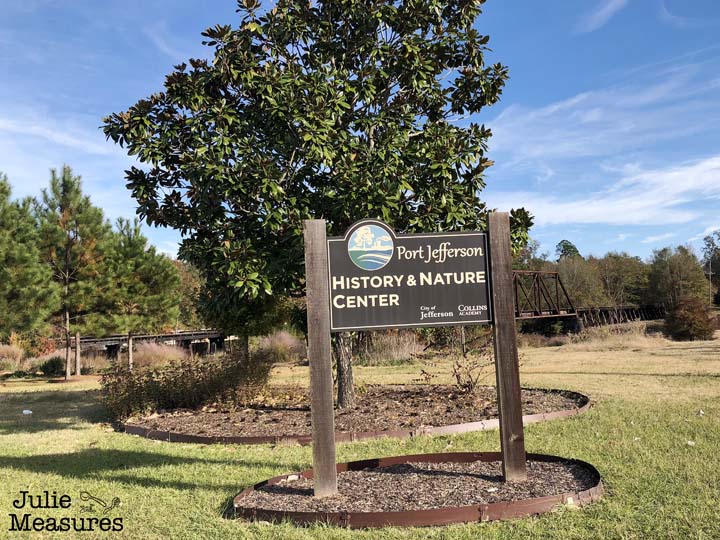 Eventually the log jam was removed, and the lake and river levels lowered to the point where riverboat traffic was no longer commercially feasible.

Our main stop was this bistro. But I love exploring small towns, so we spent plenty of time walking around the downtown. 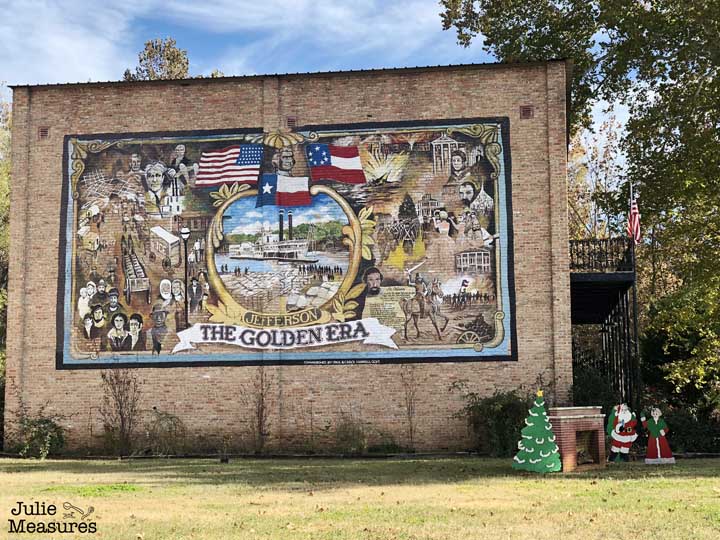 The Excelsior House Hotel in Jefferson is the oldest hotel in Texas and is location in downtown. Welcoming travelers since 1858 guests have included Oscar Wilde, Ulysses S. Grant, and Lady Bird Johnson. 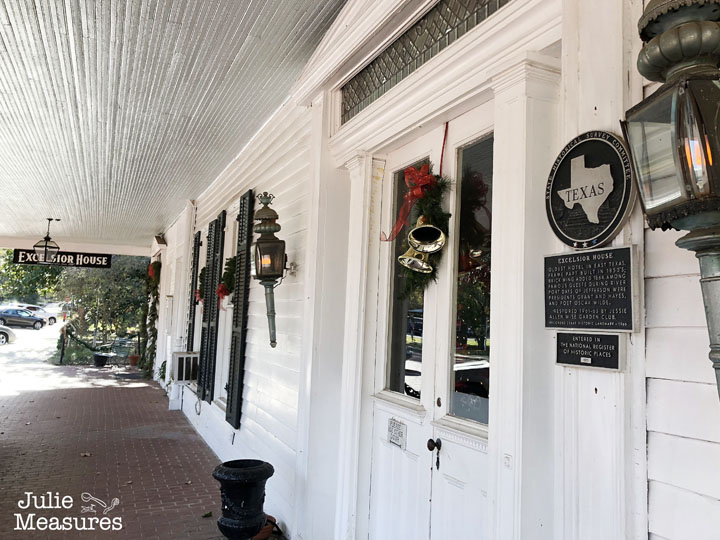 Across the street from the hotel you’ll find Jay Gould’s railroad car. The town of Jefferson rejected Gould’s bid to pass his railroad through the town, but now his special train car is on display to see. 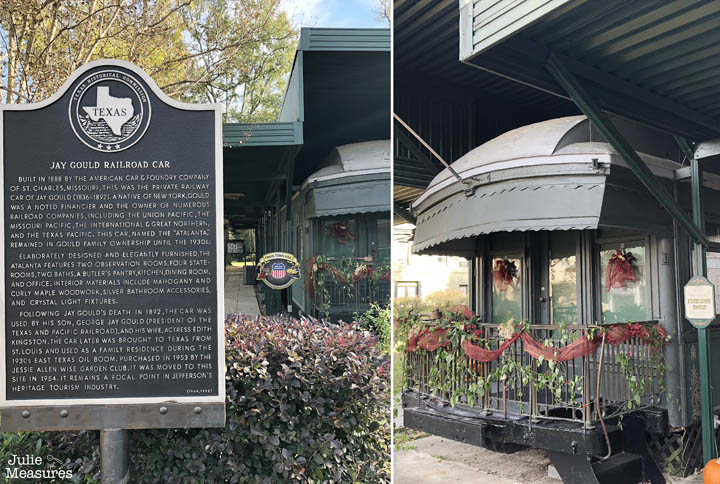 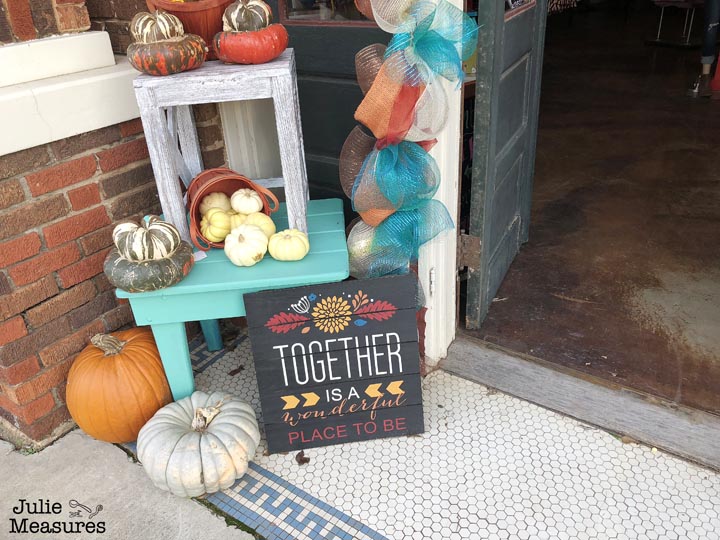 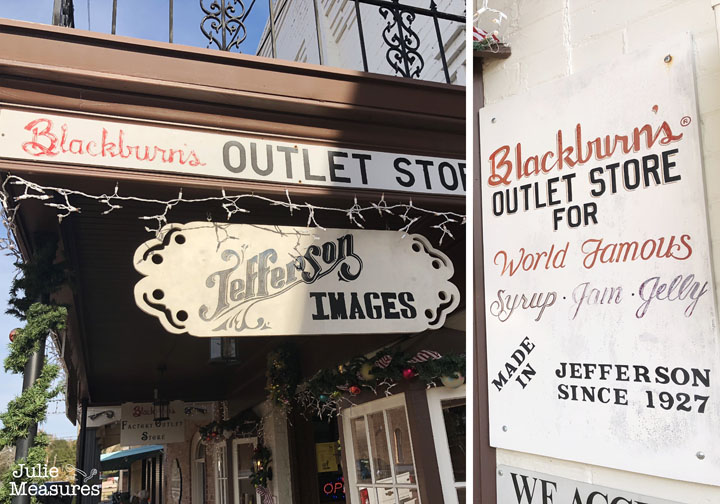 If you love ghost tours, Jefferson has plenty of those happening, too! Jefferson boasts to being one of the most haunted cities in the country. 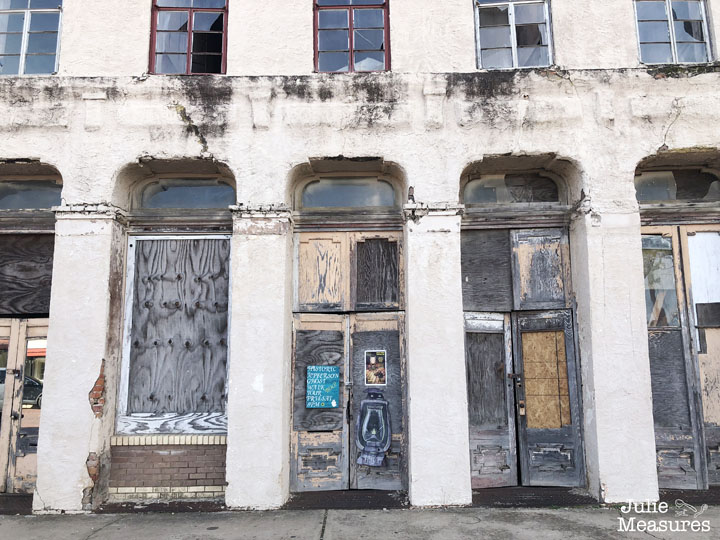 And you can still walk around the History and Nature Center and see the Jefferson Rail Road Bridge that crosses over Big Cypress Bayou. 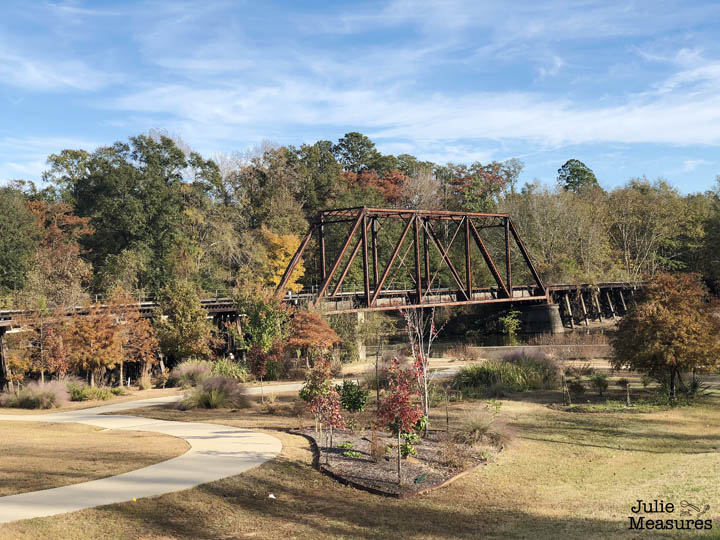 Okay, now back to those Pecan Pie Brownies.

A few years ago I learned to add bacon to pecan pie and that was a game changer. Now I have another delicious twist. 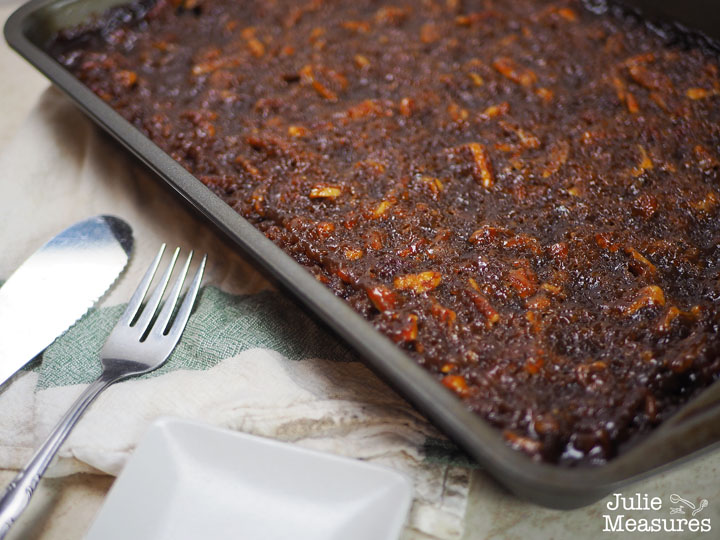 Turns out pecan pie and chocolate is a perfect match. I used a dark chocolate brownie mix and it was perfect. 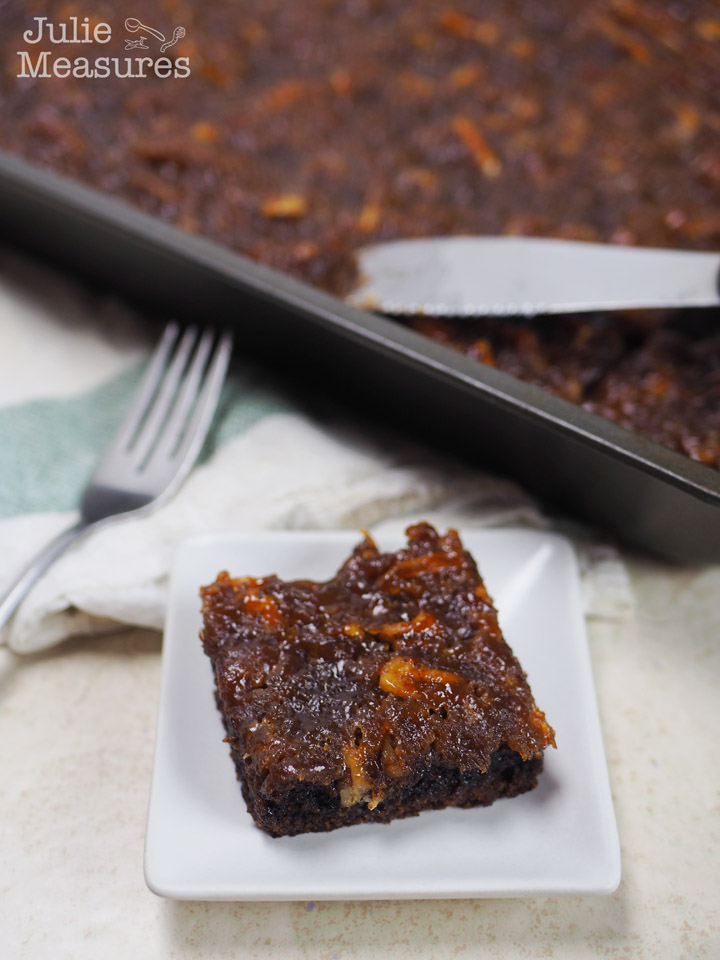 How to Make Pecan Pie Brownies

Mix the brownie mix according to the directions on the box. Pop the brownies into the oven, and while they are baking, make the topping. 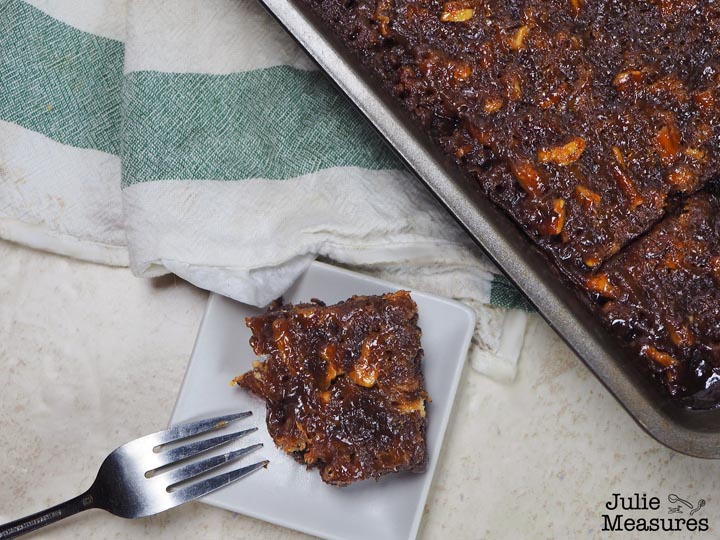 Take the brownies out of the oven just before they are done, pour the pecan and coconut mixture over the top, and then put the pan back in the oven to finish baking. 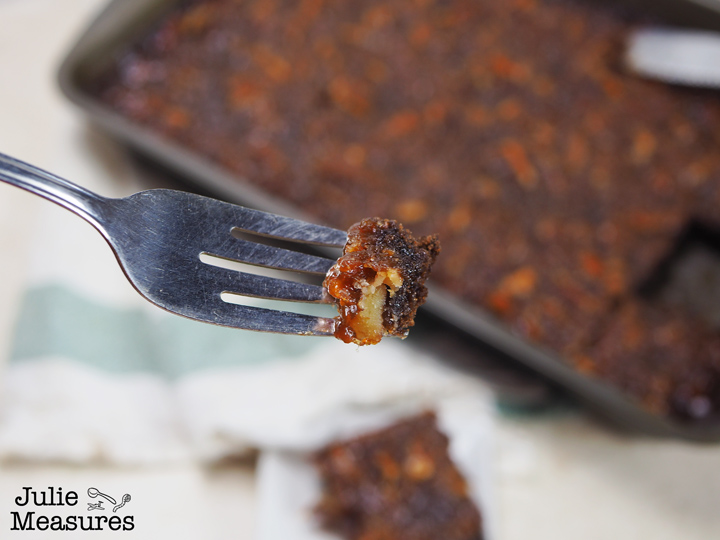 Once the brownies have finished baking, take them out of the oven, let everything cool, and then slice and serve. It’s extra delicious with a scoop of vanilla ice cream! 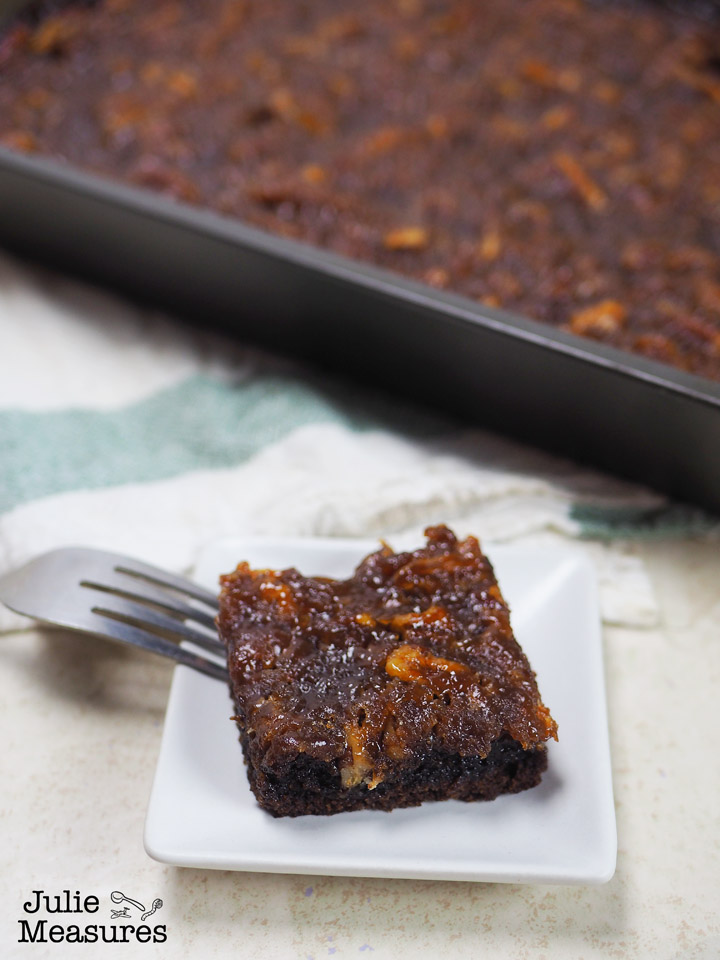