Do you have old scratched up records? Turn them into a Painted Record Bowl

So I have been unable to play the 100 or so records that my husband and I have amassed. With our upcoming move I finally decided I’m ready to move on from vinyl records that I never listen to. Well, most of them at least. 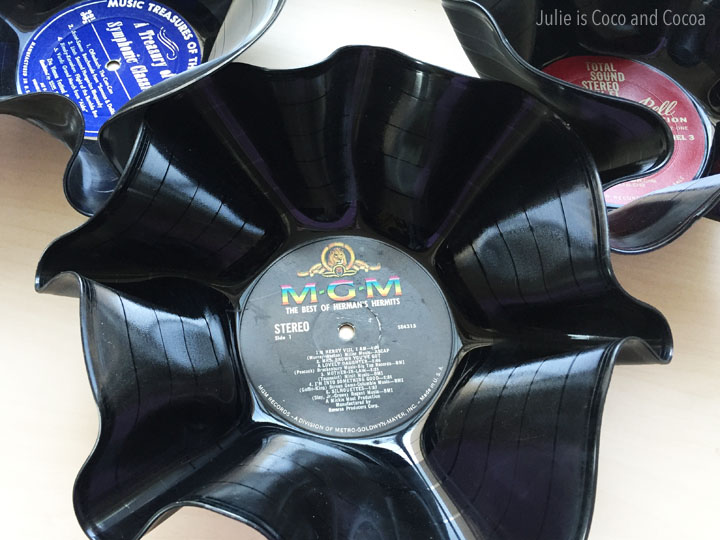 I pulled all of the records out and started sorting them. I opened up each record cover to make sure the record inside was what it was actually supposed to be and then started putting them in piles. The handful of ones I want to keep went in one pile. (The Beatles, among others). The ones for my sisters in another (Billy Joel, The Sound of Music Soundtrack). The ones to sell/give away in another pile. And scratched up, unusable records in the last pile. 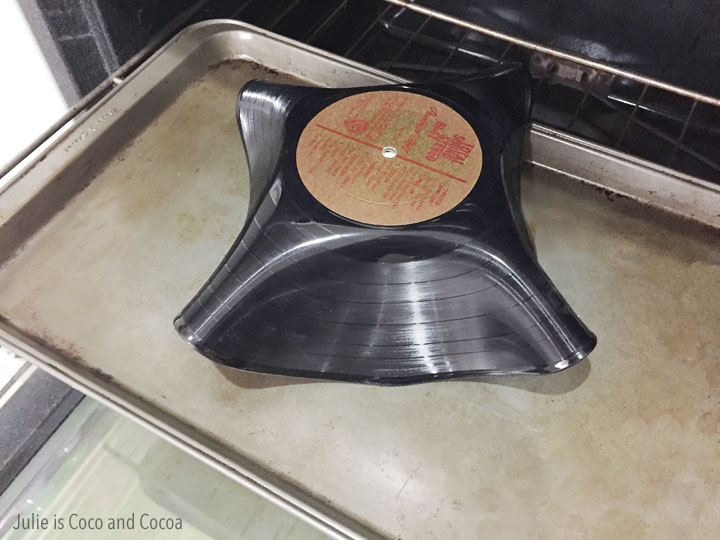 Thankfully there were only a few scratched records. And rather than throw them away I decided to try out an upcycled craft idea I have seen for years but never tried. Turning vinyl records into small bowls. You really only need a few supplies

Start by pre-heating the oven to 200 degrees. I placed my bowl upside down on the baking sheet and then laid the vinyl record on top. Bake for 10 minutes. Pull the baking sheet out of the oven and use oven mitts to quickly shape your bowl. If you mess up and want to reshape your bowl just put it back in the oven for a couple of extra minutes. The record bowls cool and harden very quickly. 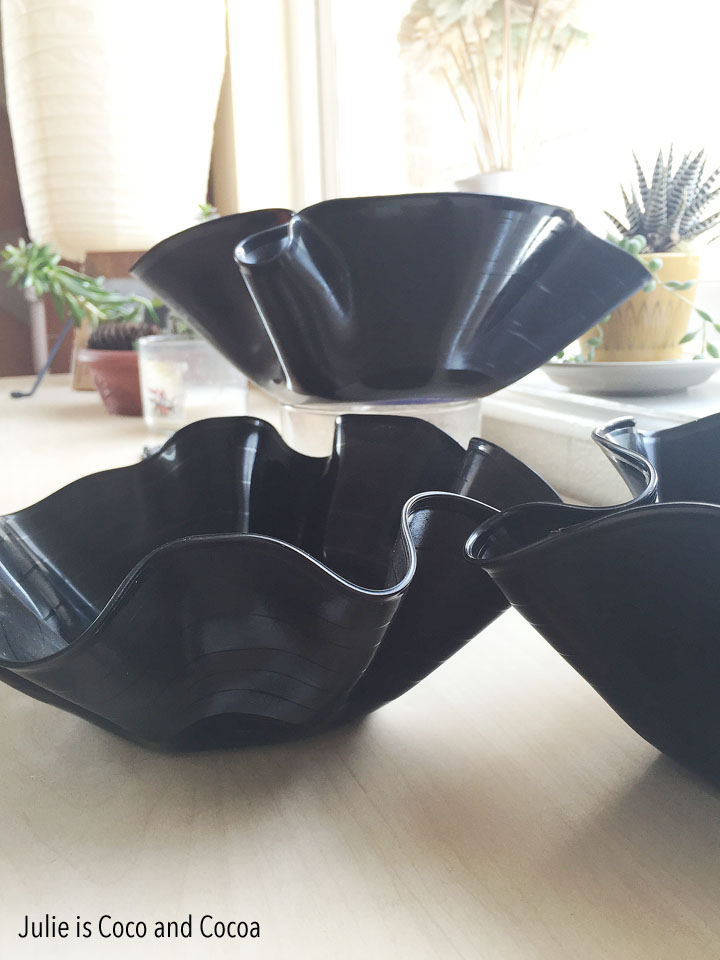 Once your bowls are shaped you can leave them as is, or personalize them by painting them. I couldn’t resist painting at least one record gold. Because now it’s a gold record bowl. I made 3 bowls and only painted the exterior of two of them. Now I have a trio of black, white, and gold bowls. They are perfect for holding keys or other small items. You could even place a small planter inside them! 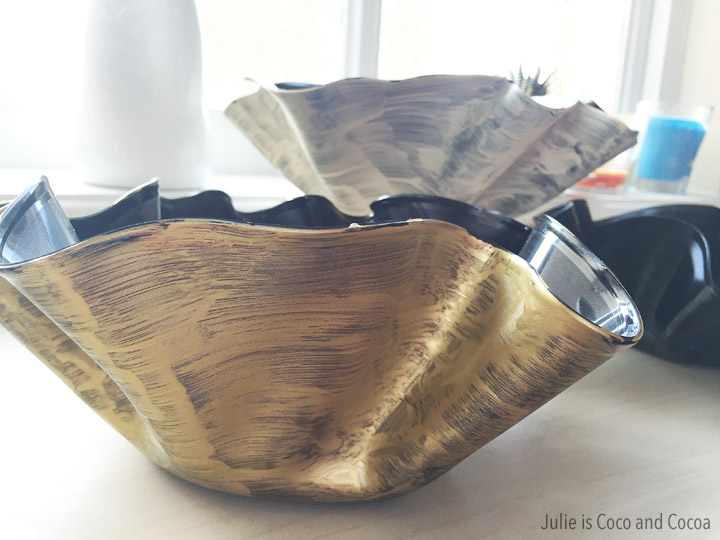 If you have a collection of old records this might be a fun project. Or a gift for your favorite music lover. Just make sure to use a scratched record, no reason to waste one you can listen to!