This shop has been compensated by Collective Bias, Inc. and its advertiser. All opinions are mine alone. #BigHero6MovieNight #CollectiveBias 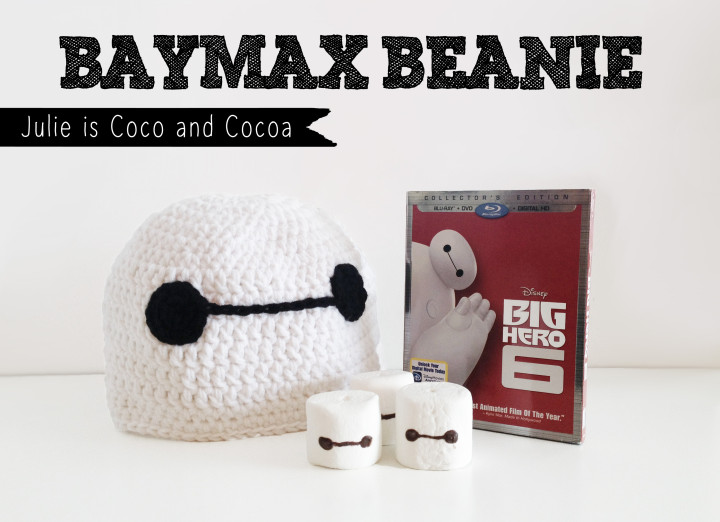 My boys (and I) have been anxiously awaiting the release of Big Hero 6. Like checking the release date almost every day anxiously. The day it was released, which also happened to be a snow day for the kids, we were at Target to get our copy. 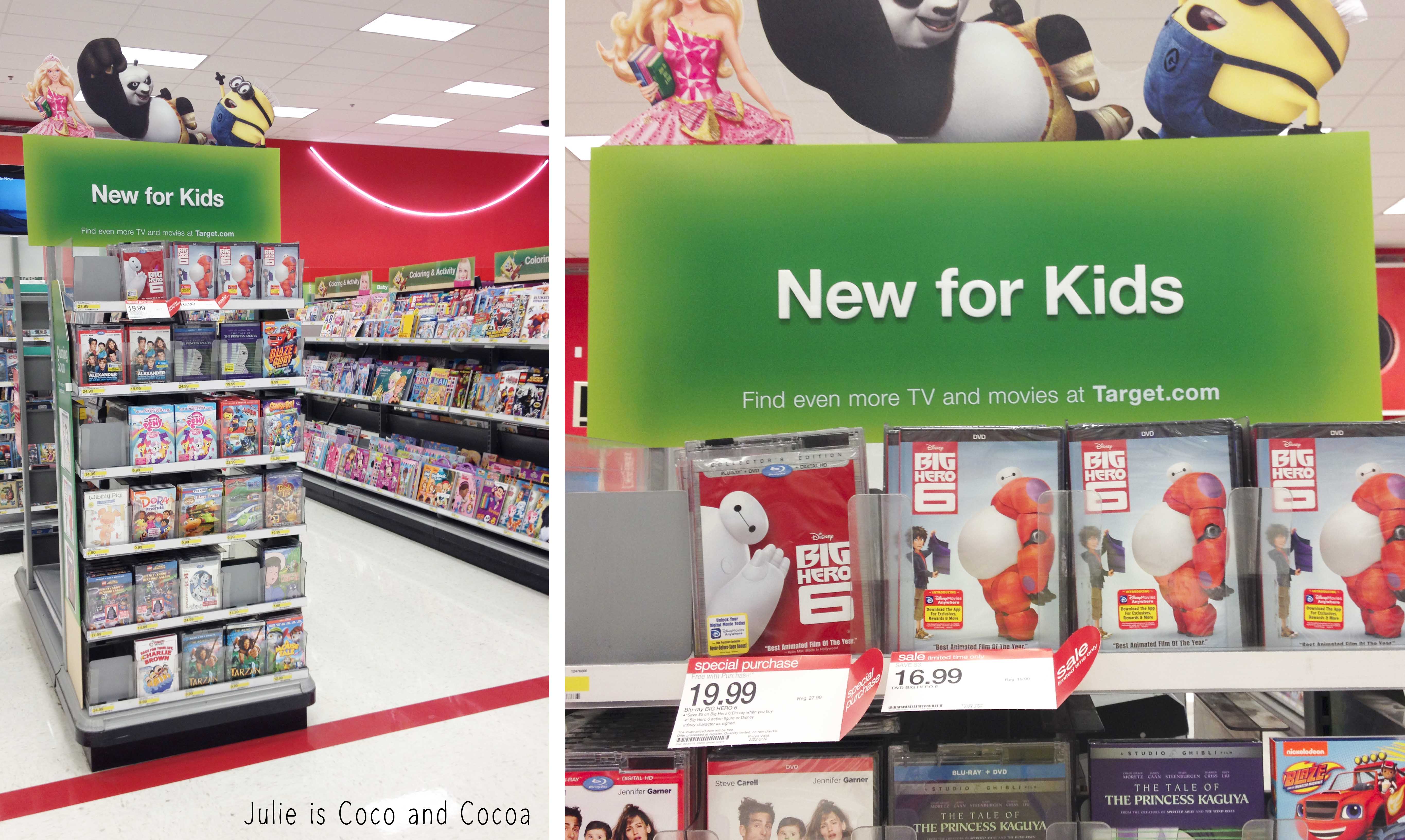 In honor of the movie release, and to commemorate our winter weather, we had a little Baymax fun in the form of a Baymax Beanie hat. 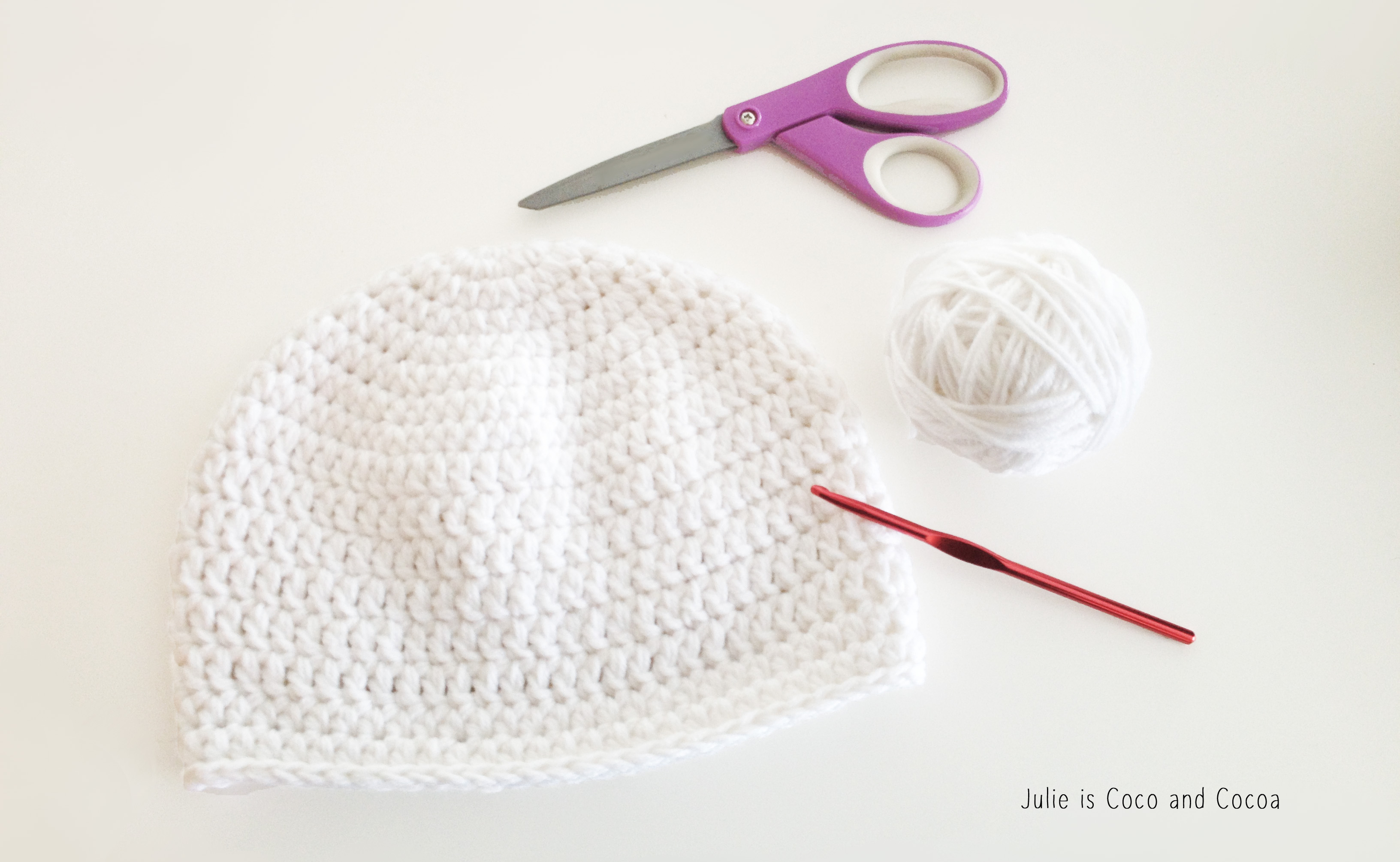 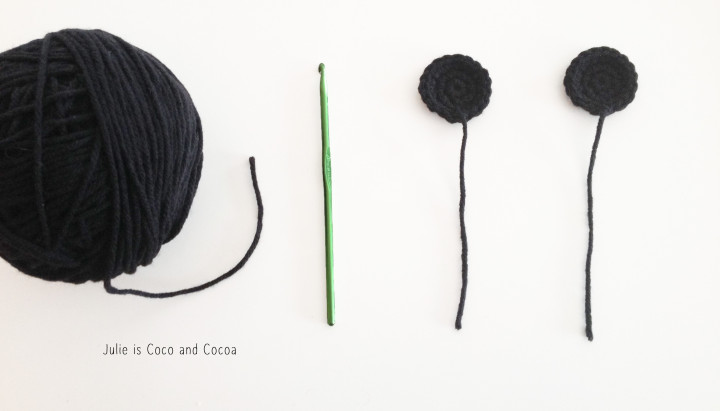 Once the hat was done it was time to make the eyes. Two crochet circles and they were ready to be added to the hat. (Non-crochet alternative: two black circles cut out of felt.) 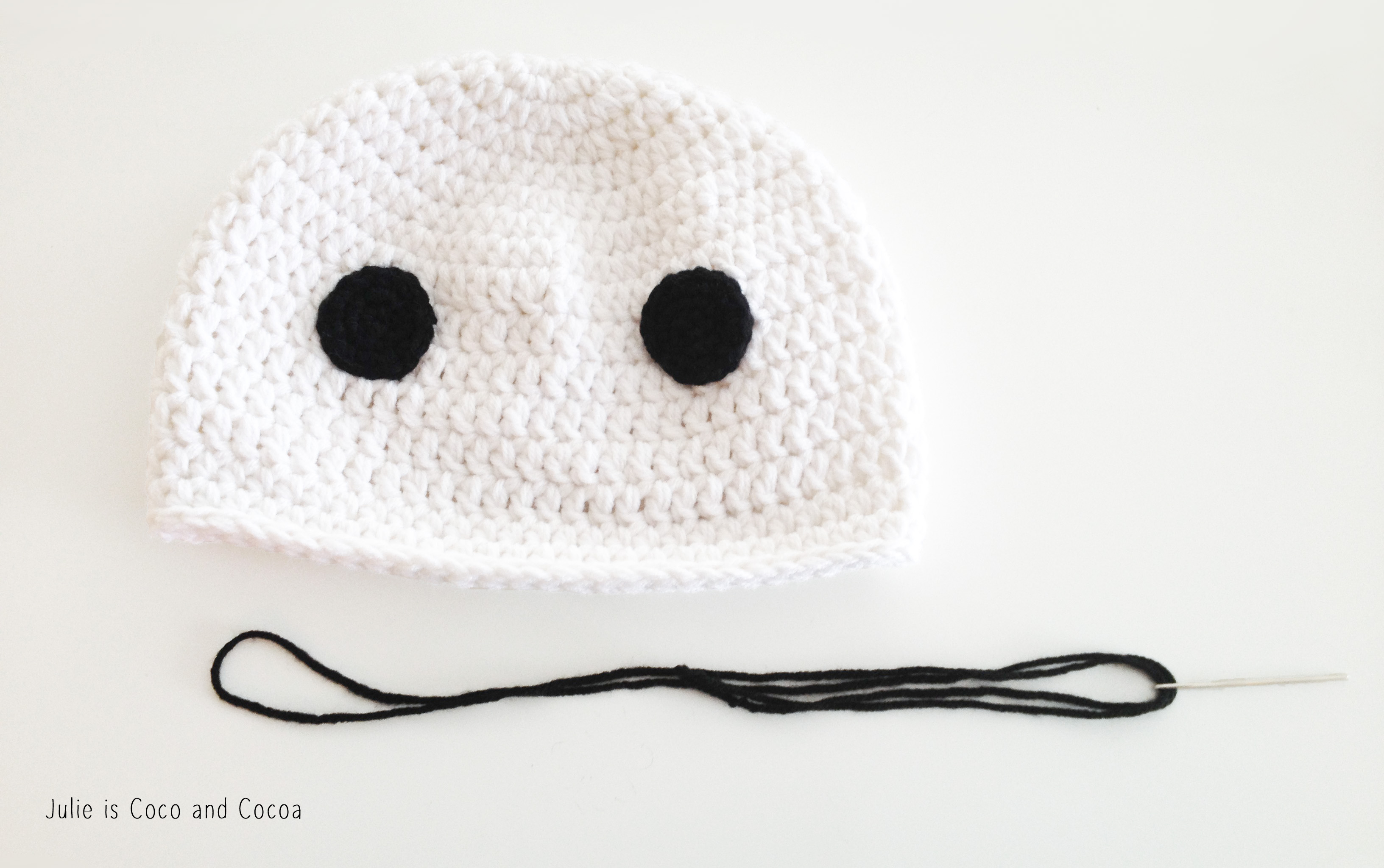 Once the crochet circles were attached I needed a line to connect them. I used a little embroidery and did split stitch between the eyes. 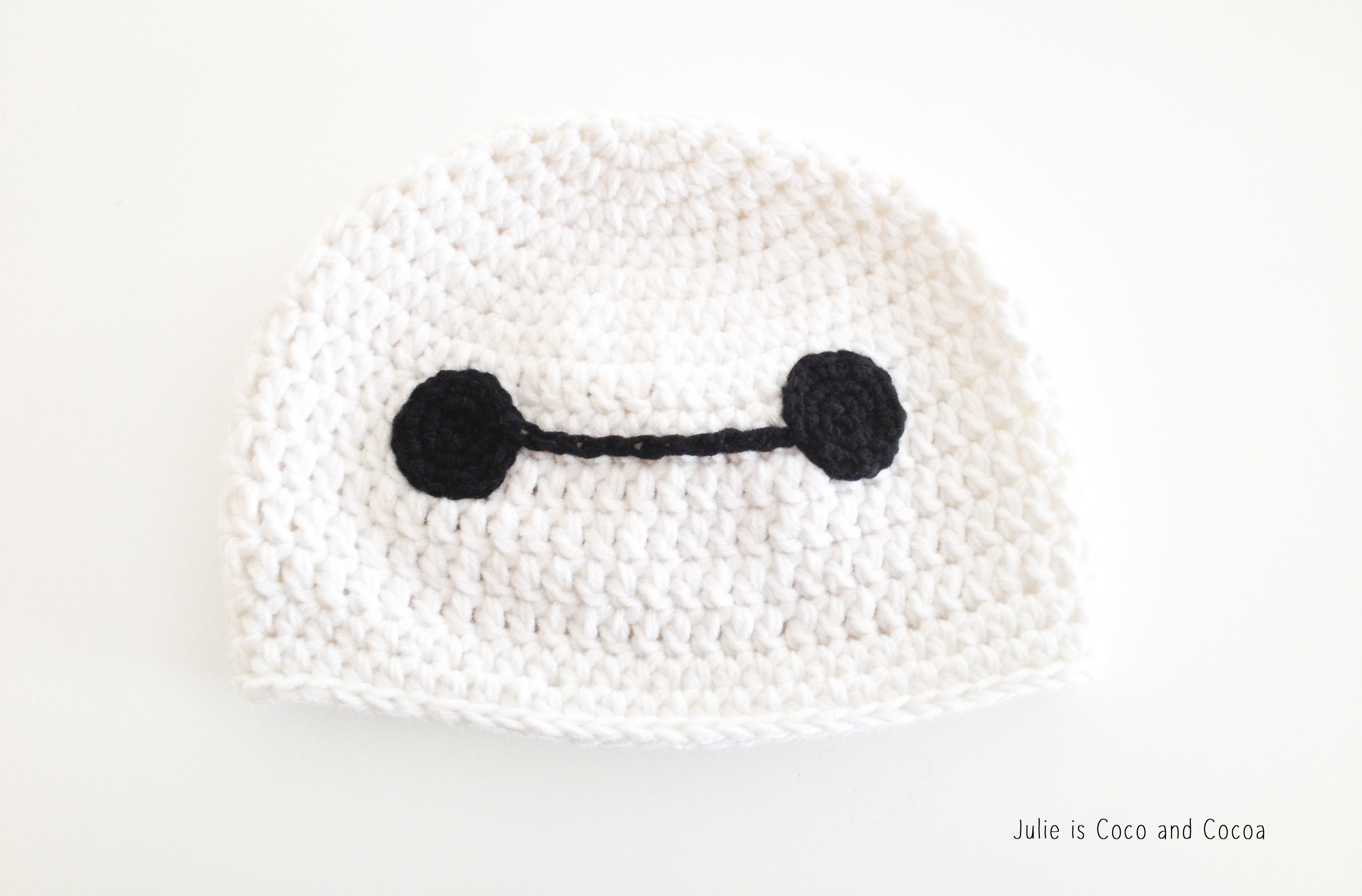 Then our beanie was ready for some snowy fun! Oldest Twin took it out for a spin at the park near our house. 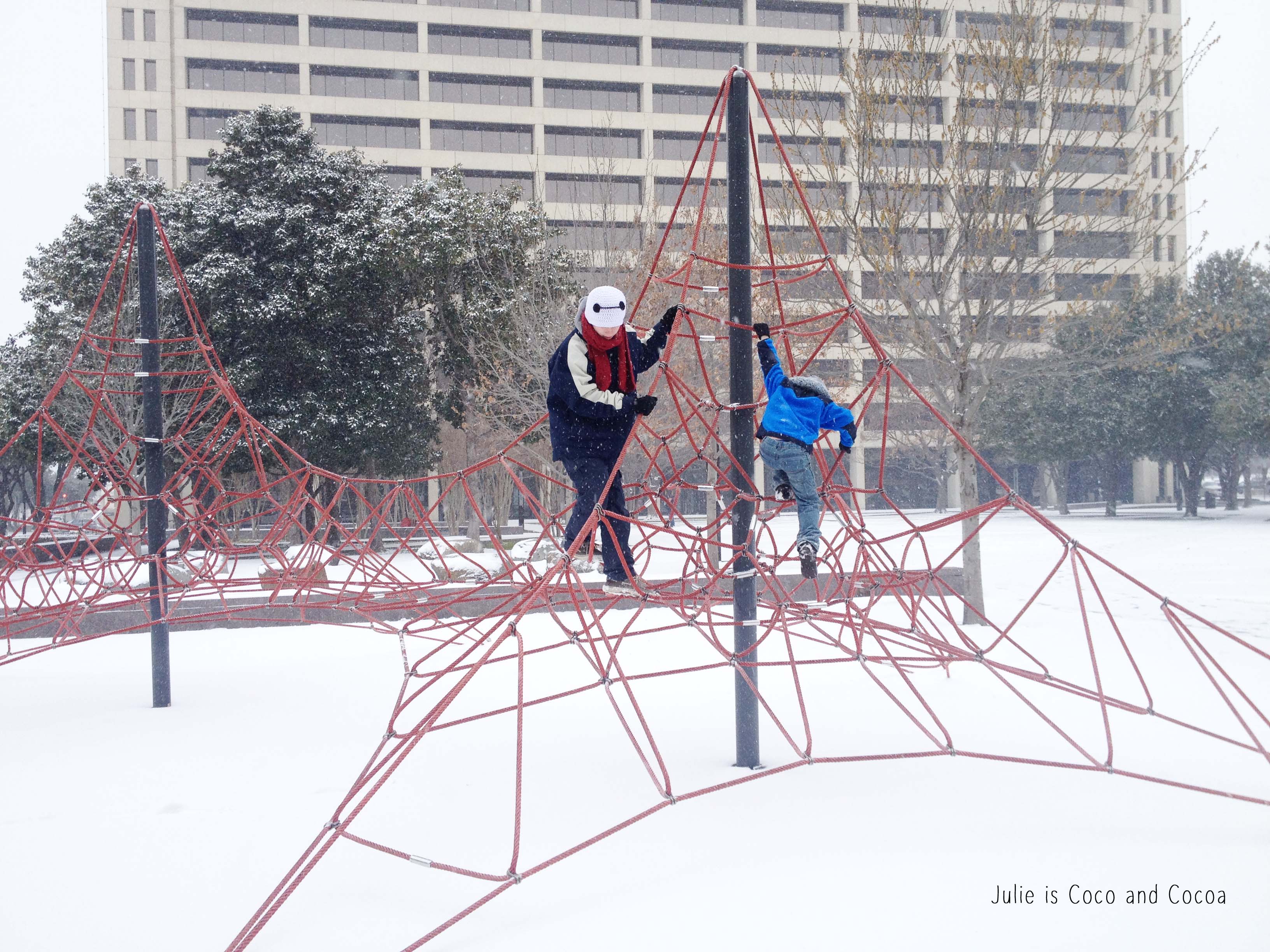 And once we were frozen we could come back inside to watch the movie. Since movies are always better with snacks I made some fun (and quick) Baymax marshmallows. These are the giant size with his eyes drawn on with melted chocolate, and served on candy sticks. Along with a mug of hot chocolate they were a great way to warm up while snuggled under the blankets watching the movie. 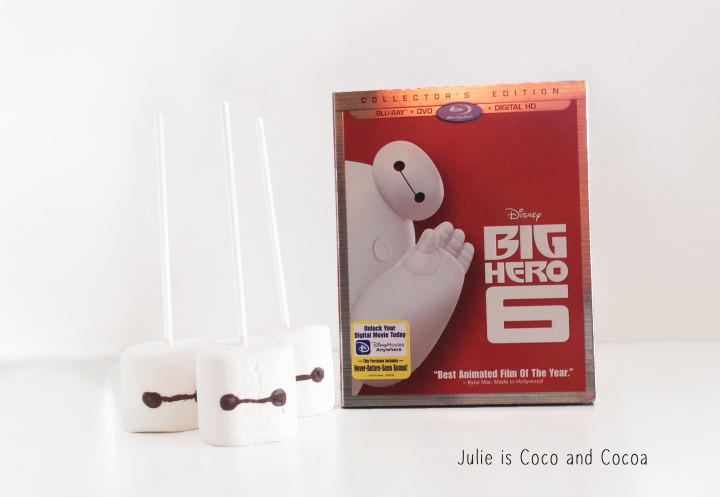 What’s your favorite way to have some family movie fun?