Thank you to Disney for inviting me to a Mary Poppins Returns press screening #MaryPoppinsReturns
Fluffy homemade Buttermilk Biscuits and Orange Marmalade are breakfast fit for Mary Poppins! 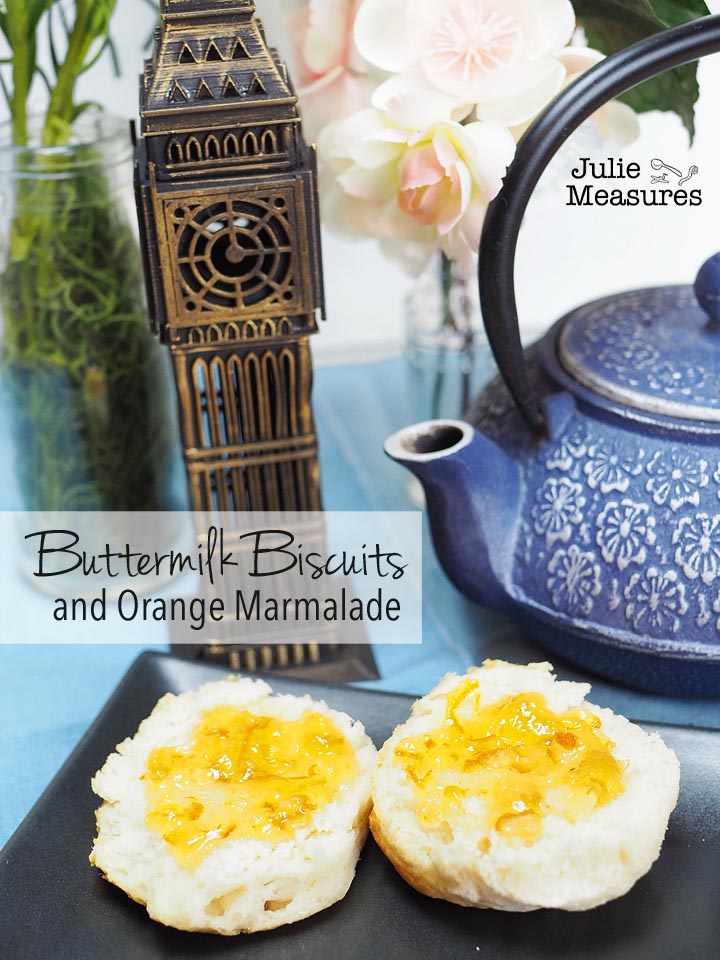 Two little words and my baking and breakfast plans had to be amended. Orange marmalade. A quick little mention, as a character in the film references what items are available for breakfast and lunch that day. But my mouth started watering and I knew a trip to the grocery store was in order.

I didn’t grow up eating orange marmalade. In fact, the first time I really remember eating it was as an adult. I was at a restaurant in Georgia. Rather than dinner rolls or other items on the table while you waited for your entree, they served biscuits and orange marmalade. It was divine. And ever since then I have been a fan. 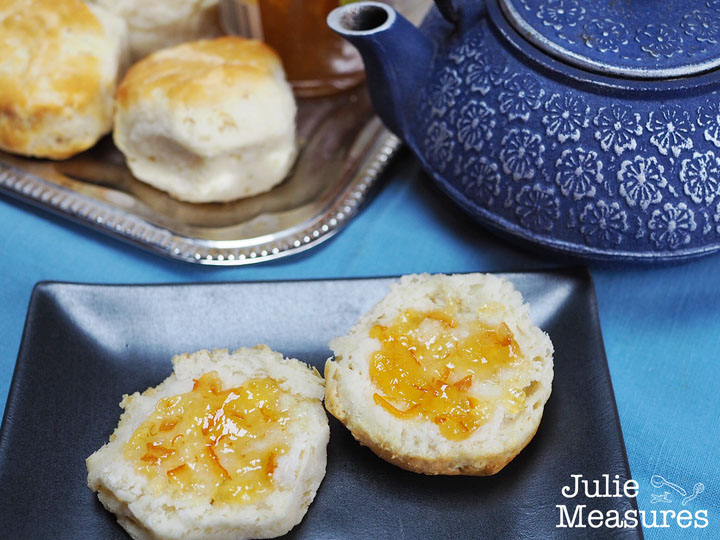 Biscuits are something that I make at home fairly often. I actually just read a really interesting article about southern biscuits. Apparently flour varies depending on where you live, which is why things like biscuits and other bread items have such a variance. 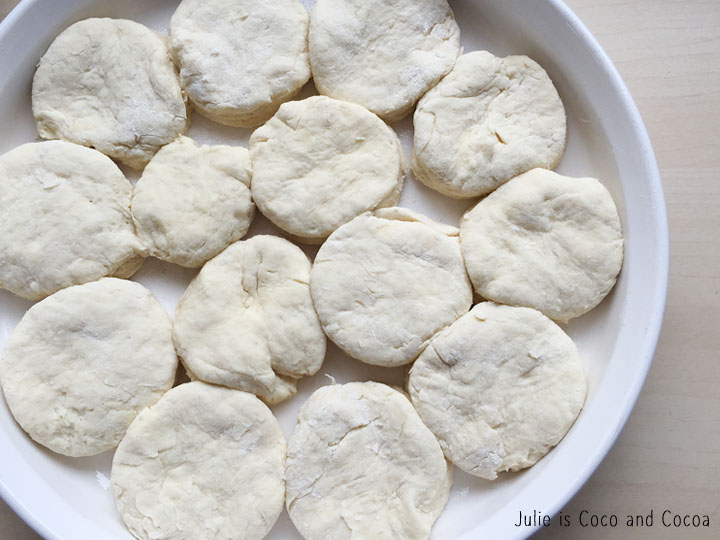 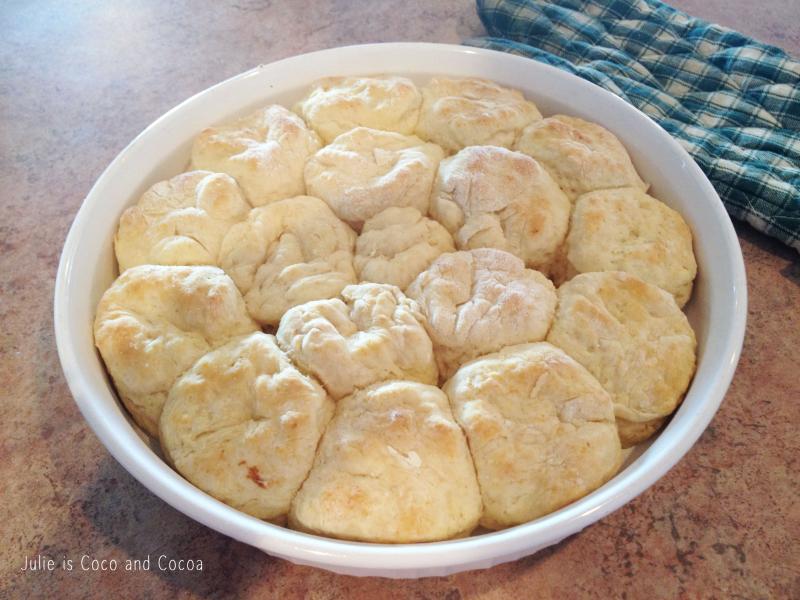 There isn’t much better than fresh, warm biscuits right from the oven. Spread on some orange marmalade and breakfast is served! Since these were inspired by Mary Poppins Returns, I also think they need to be served with a pot of your favorite tea. 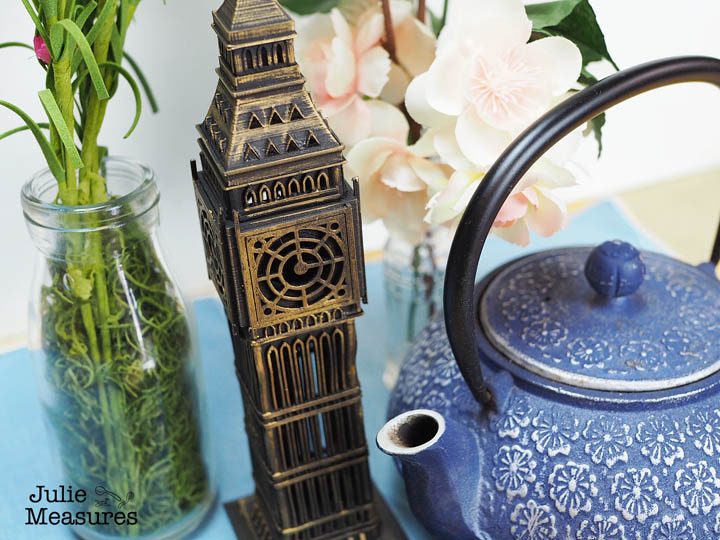 I grew up watching, and loving, Mary Poppins. Julie Andrews was phenomenal (and I loved that I had the same first name). When I heard they were making a new Mary Poppins movie I was delighted, and a little nervous.

I love that Mary Poppins Returns is a sequel, undoing nothing of the original film. I never read the books that the movies are based on, but I do know there is quite a lot of material, I think eight books, to pull from.

In Disney’s MARY POPPINS RETURNS, an all-new original musical and sequel, Mary Poppins is back to help the next generation of the Banks family find the joy and wonder missing in their lives following a personal loss.

Emily Blunt stars as the practically-perfect nanny with unique magical skills who can turn any ordinary task into an unforgettable, fantastic adventure and Lin-Manuel Miranda plays her friend Jack, an optimistic street lamplighter who helps bring light—and life—to the streets of London. 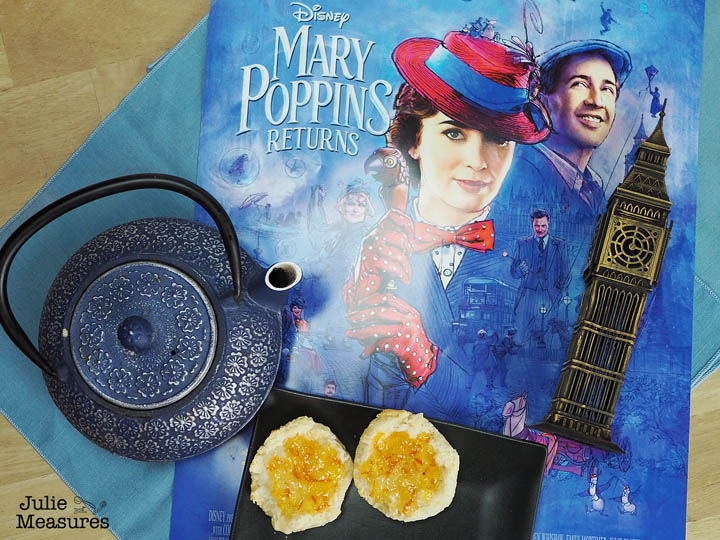 I’m just going to say it, Mary Poppins Returns is practically perfect. I took my 17 and 9 year old boys with me and they gave it rave reviews. Littlest even started clapping at one point towards the end of the film.

Of course there are some notable differences in the new film. Emily Blunt is a wonderful Mary Poppins, but her take on the iconic character is different than the original. This Mary Poppins is still beautiful but also a bit quirky. Just like the children, she has grown up since we last saw her.

I was perhaps most excited about seeing Lin Manuel-Miranda as the lamplighter Jack, and I was not disappointed. The entire film opens with his character singing the new original song, “Lovely London Sky.” The London sky ends up playing an important role in the film, and I was so excited when my husband 3D printed me my own Big Ben Elizabeth Clock Tower. He sings, he raps, and he dances. His character is truly a delight.

It wouldn’t be Mary Poppins without a trip to an animated world. Where the original jumps into a chalk drawing, the new film travels to a drawing on a piece of china. I think my absolute favorite scene happens in this part of the film. It’s a big stage number and a duet between Mary Poppins and Jack called “A Cover Is Not the Book.”

For big dancing numbers, “Trip a Little Light Fantastic” was pretty spectacular to watch. I kept thinking how great that scene would play onstage. It reminded me of some of the scenes from another Disney film, Newsies. I’m pretty sure this number was the favorite for my 9 year old.

One really fun moment was when Dick Van Dyke has his cameo. There were some audible gasps and cheers from fans of the original film. The supporting cast, from Colin Firth to Meryl Streep and Angela Lansbury are all enjoyable.

Mary Poppins returns is all about magic and imagination. Believing the impossible is really possible. And who doesn’t need a little more wonder and imagination in their life? 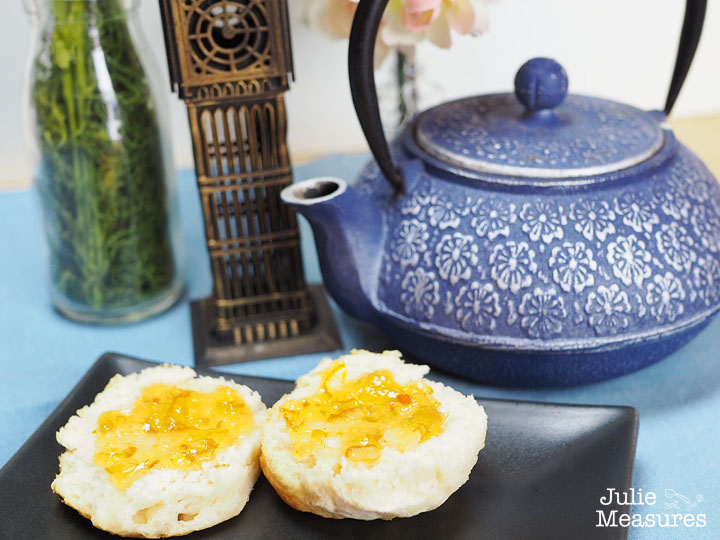 For a little educational spin – There is lots of symbolism with characters in the movie and something fun to discuss with kids after the film. I found plenty of ways to talk about literary devices like foreshadowing.