How I Met Tim Tebow 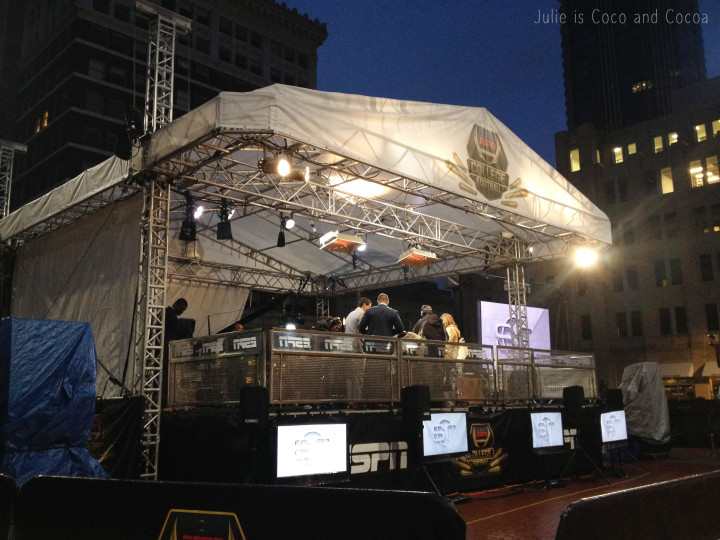 Starting with the NFL Super Bowl that was played at the Cowboys Stadium in Arlington, ESPN has been using Sundance Square as their broadcasting base every time they come to Dallas/Fort Worth. And that’s an arrangement that works out really well for me! They love broadcasting from the Plaza when they come for college football game days and we’ve been able to walk to the plaza and see their setup a few times.

I have to say, after the Super Bowl where the entire Dallas/Fort Worth area was covered in ice and getting around town was a mess, I was kind of afraid they’d never do anything big here again. But the stadium where the Cowboys play is pretty amazing, so thankfully there have been more big events. And it isn’t always football. They played the Final Four tournament here not too long ago, as well. 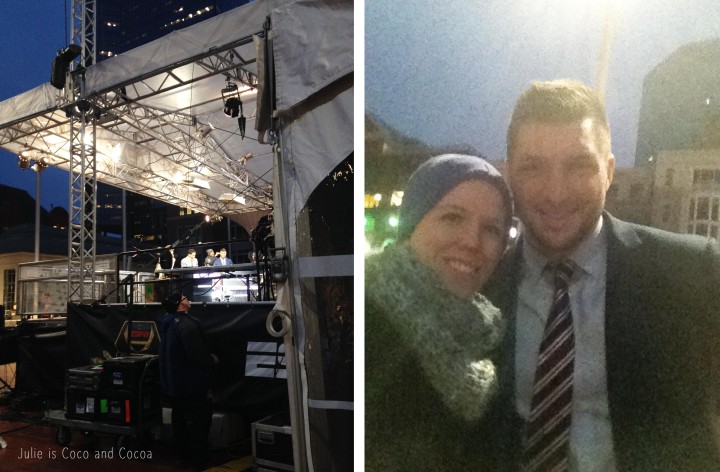 Now, coming up next week is the 2015 College Football Playoff National Championship happening here in the DFW area. And that has meant that ESPN is here in Fort Worth all week. They have been broadcasting live just a few blocks from my apartment. Seriously, I can run over to their booth in like 10 minutes.

Even though we have seen ESPN in Fort Worth several times now I can’t help but always want to go down and see their live broadcast setup. It’s always a little different each time and it’s fun to see the changes. Of course it’s extra fun to go when they are actually broadcasting live, because you might end up on TV. Otherwise, you can just walk around and look at the different television sets.

Now, I discovered something new during this latest ESPN trip to Fort Worth. And that is, if you get there a few minutes before they start broadcasting you might get to meet Tim Tebow before he gets up on the stage to go to work. Yep, he walked right past me and I quickly smiled and asked for a photo. A quick snap and he had to keep walking to the set, but I got a photo.

So a big thanks to Arlington for having the 2015 College Football Playoff National Championship here!

Of course Tim Tebow isn’t the only NFL player I’ve had the chance to meet thanks to having the Cowboys Stadium in Arlington. I also got a photo with Dallas Cowboy legend Daryl Johnston!