Get smitten with XO crocheted gloves and a matching hat! XOXO Crochet Hat and Gloves 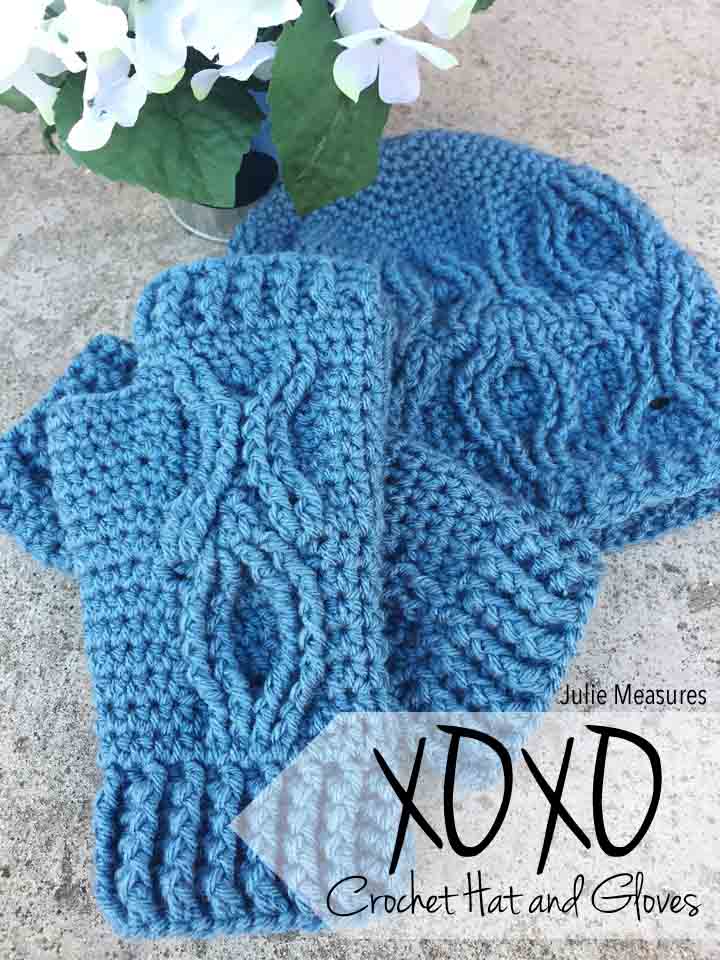 I’m trying to remember the first time I used, or understood, the little XOXO signs for hugs and kisses. I want to say it was at my grandma’s house. Now I can’t see them without thinking of the sign-off for the TV show Gossip Girl voiced by Kristen Bell. I can say that aesthetically I’m always drawn to them. And I’ve crafted with them several times (like this wreath). They’re short, sweet, and to the point. But also subtle, playful, friendly. Clearly I have lots of connotations for these two little letters. 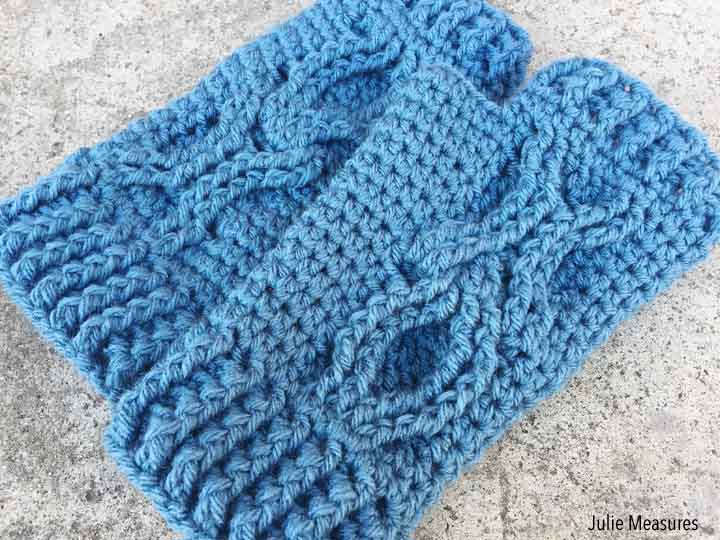 I’ve been doing quite a bit of knitting lately and I thought it was time to work on a new crochet project. I’ve seen some XOXO knit designs (and I’m working on my own as well), but I don’t know if I’ve ever seen the same thing done with crochet. The owl set I made was my first attempt at crochet cables and these XO gloves and matching hat gave me a lot more practice and feature both left and right leaning crochet cables to create the letters. 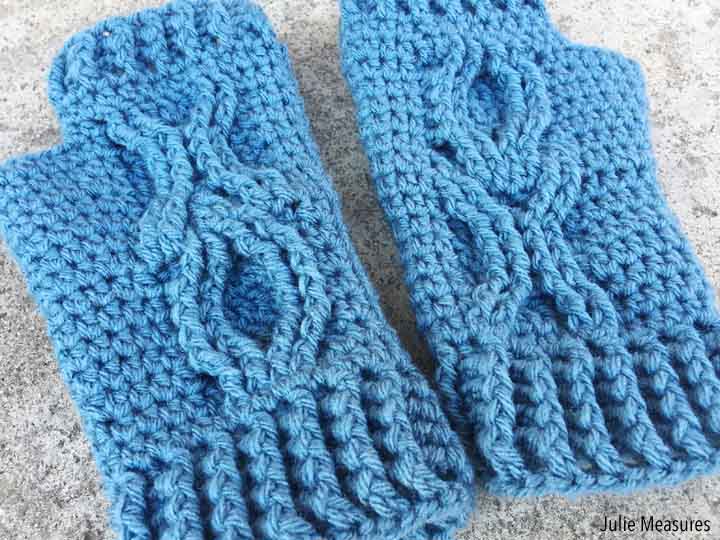 The left glove features the XO from top to bottom, while the right glove is OX. Since each glove only fits two letters I thought it would be fun to alternate them. 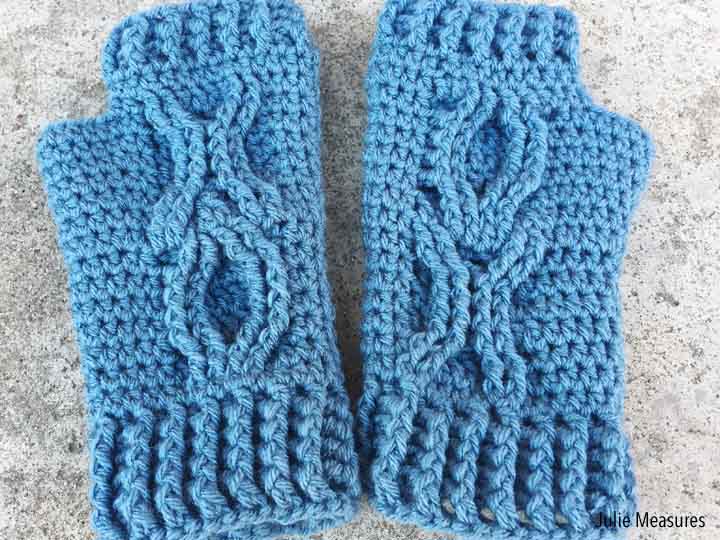 The hat also features some alternating X’ and O’s. (Oops, now I have the song singing in my head.) Crocheted from the top down the X’s and O’s alternate as you move around the hat, and they alternate going up and down as well. 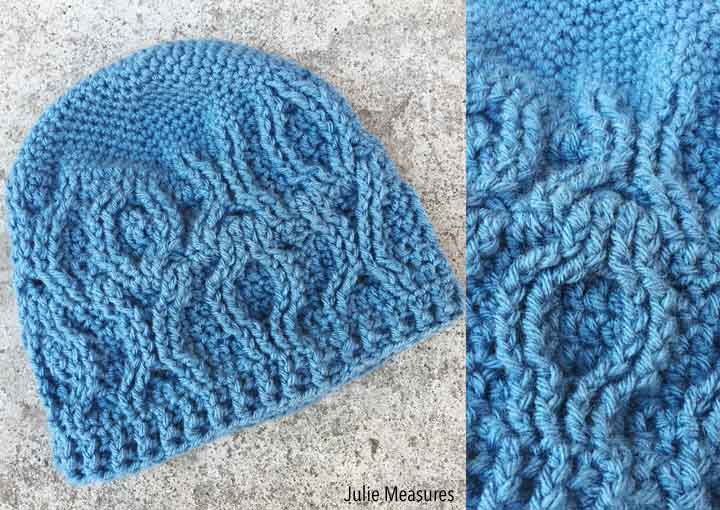 I sort of purposefully didn’t make these in a red or pink color for Valentine’s Day, because I wanted them to be more timeless. February doesn’t have to be the only month for love! Of course I will be making them in a pink as well, but I like to have options. 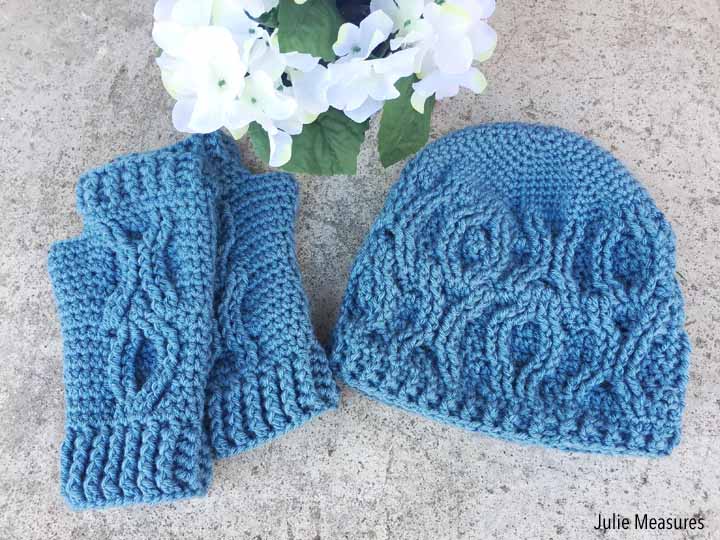 The patterns use medium/worsted weight yarn and a size G 4.25 crochet hook. Grab the pattern and start stitching your hugs and kisses!