We wanted to throw Littlest the Ultimate Half Birthday Party, and we knew right where to take him. Thanks Chuck E Cheese for helping Littlest have the best first half birthday party imaginable! 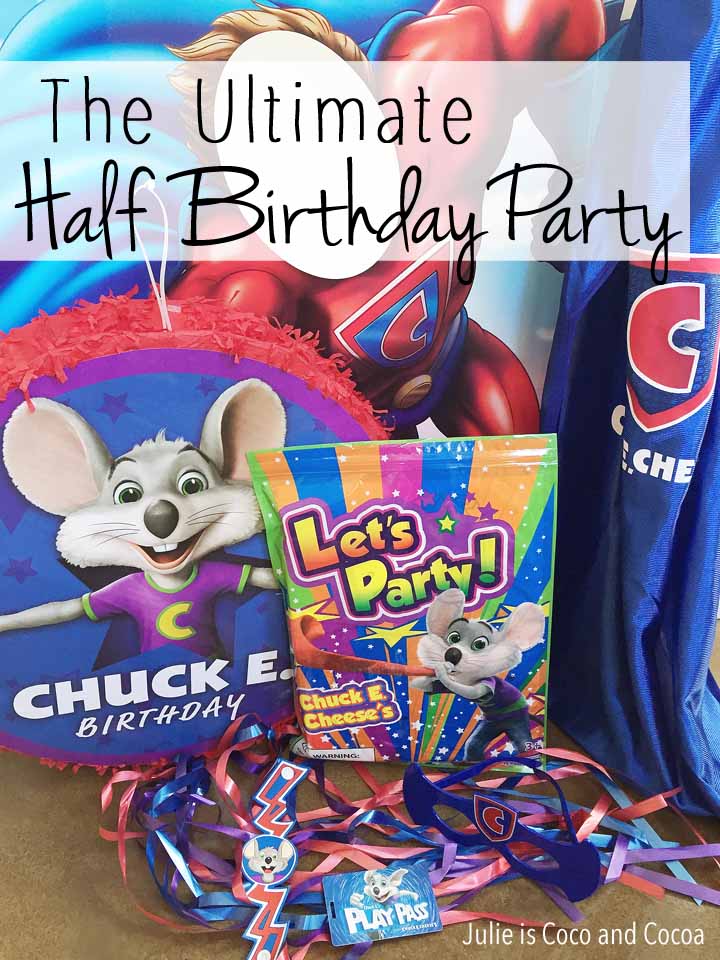 We have talked for years about throwing Littlest a half birthday party. But it never happened. With a December birthday I’ve never succeeded in throwing him a birthday party with friends, we’ve always kept it to family. Last year was his first year in school and really the first year that he made friends where I didn’t play a role in the friendship. With our upcoming move I knew he was really wanting to say goodbye to those friends. And then I realized what better way to say goodbye than to pair it with his first Half Birthday Party. 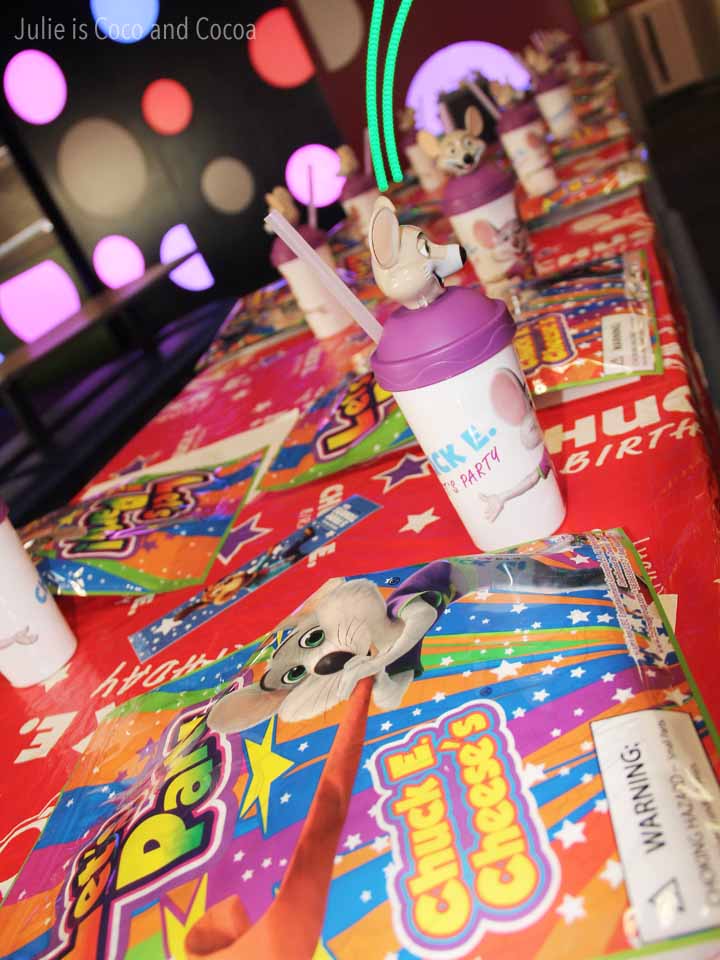 We’ve been visiting Chuck E Cheese pretty frequently lately and I knew it would be the perfect spot to host his ultimate half birthday party. We invited three other families to join us and the anxiously awaited the party. Or I anxiously awaited. I decided to make the party sort of a surprise for Littlest. Not the jumping out from behind a couch kind of surprise party, but we waited until the night before to tell him about his party. This also kept him from asking me everyday if it was party time yet! 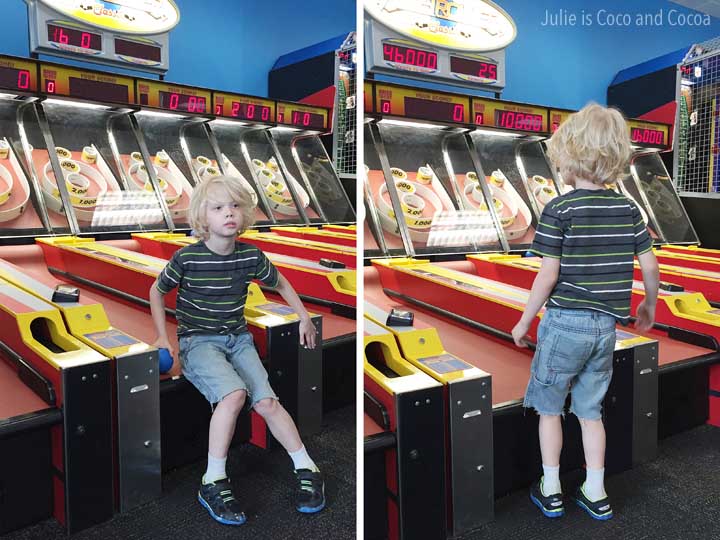 We booked a brand new VIP Birthday Party Time. This was awesome. Our party started an hour before the store even opened to the public, which means we had the whole place to ourselves. While it meant getting kids up and out the door early, this was a major hit with the other parents. It made watching the kids much more relaxing and everyone had ample opportunity to play all their favorite games.

Plus, the kids got unlimited play during the party. Seriously. The store we went to uses the new PlayPass cards (no tokens) and the kids got to play unlimited games during our 2 hour party time. And when you swipe your PlayPass on each game it tells you how many minutes are remaining on your card (instead of how many points you have left). That meant Littlest got to play Skee Ball (his favorite Chuck E Cheese game) to his hearts content. 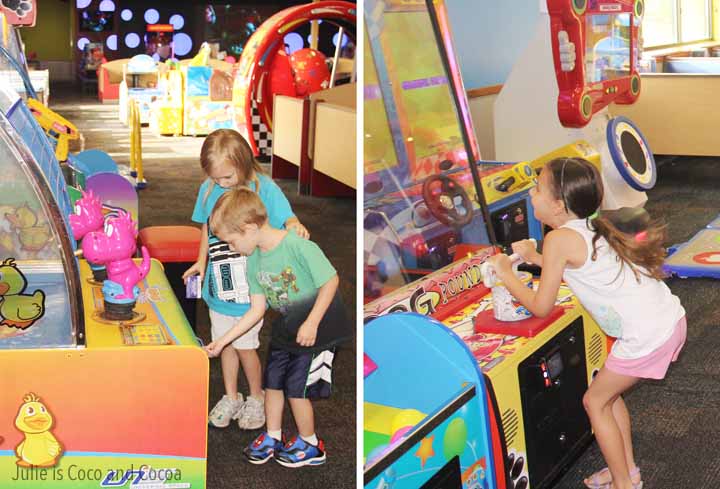 We had kids from age 4 to 14 and they all had a blast. Who am I kidding, the parents did, too! I was able to have enough PlayPasses that 1 adult for each family also got to play. And I’m telling you, they had just as much fun trying to win tickets as the kids did. 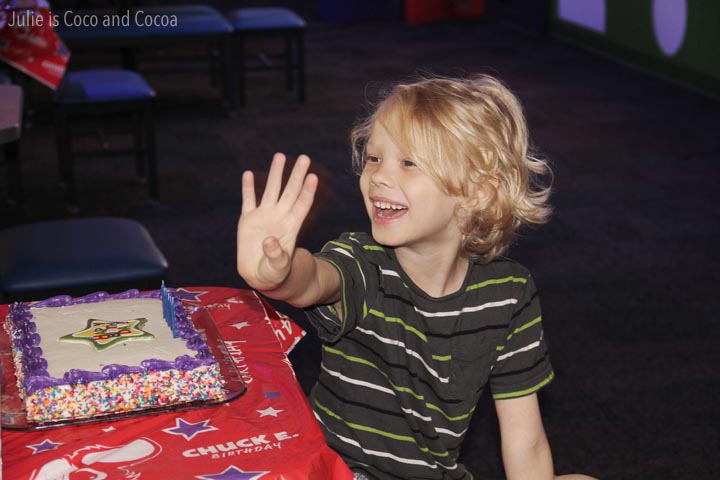 We were the only birthday party that morning so Littlest got one on one time with the mouse himself, Mr. Chuck E Cheese. He was there for singing Happy Birthday and blowing out the half birthday candles. Our party host was so sweet and gave Littlest some pointers before his time in the Ticket Blaster. I was impressed with how many tickets he caught! (Let me know if you want the tried and true hints she gave us!) 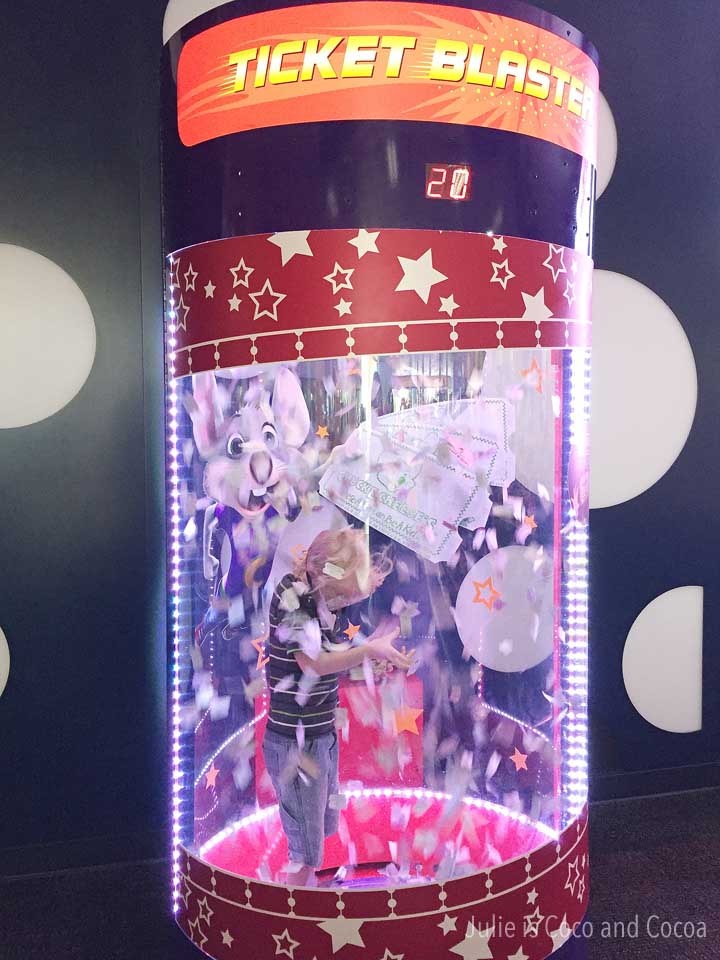 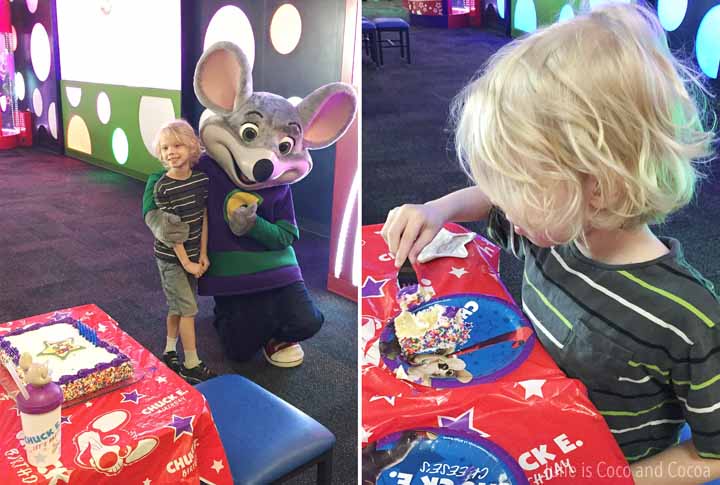 And he’s already asked if he can have every half birthday party at Chuck E Cheese. I’m so glad we finally started this tradition and I can’t wait for next years party!

*A special thanks to awesome friends who volunteer to take photos during your kids birthday party so you can enjoy all the special moments!