This Trilogy Cowl is a quick knit and a delight for the senses. Made with bulky yarn and featuring three different knit stitch patterns. 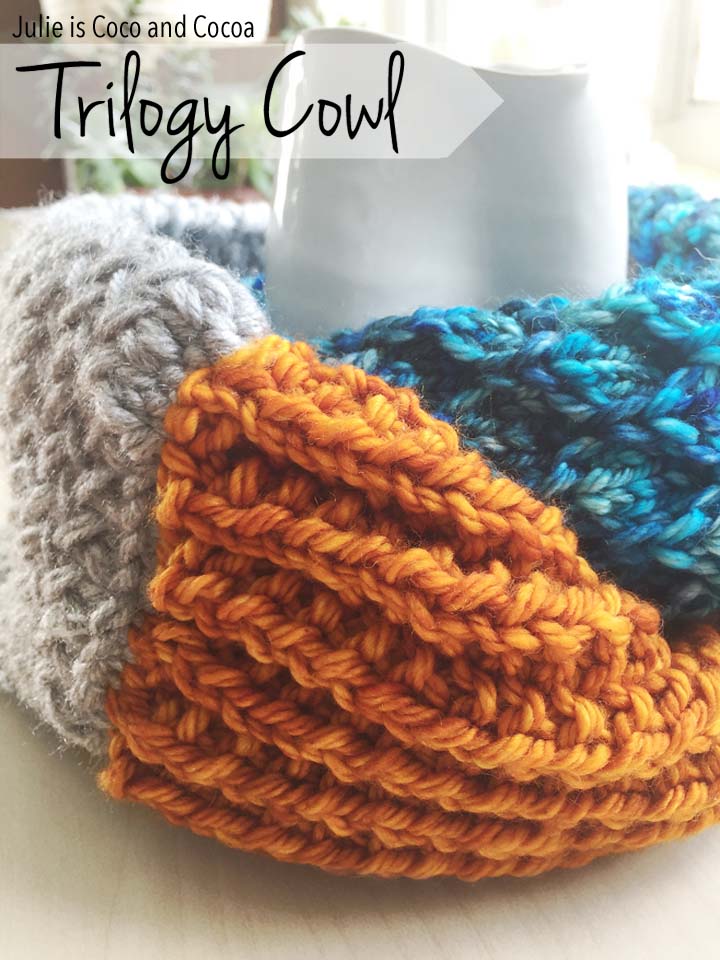 Three different yarns and three different stitch patterns. Put them all together and what do you get? A Trilogy Cowl. I ordered the blue and orange yarns from a woman I know who hand dyes the yarn, so I could get the shades I really wanted. I paired them with some gray yarn from my stash. (With making dozens of Owl Hats, I have quite the gray yarn stash!) I picked three of my favorite stitch patterns that I thought suited each color of yarn. And I’m quite pleased with how they all came together! 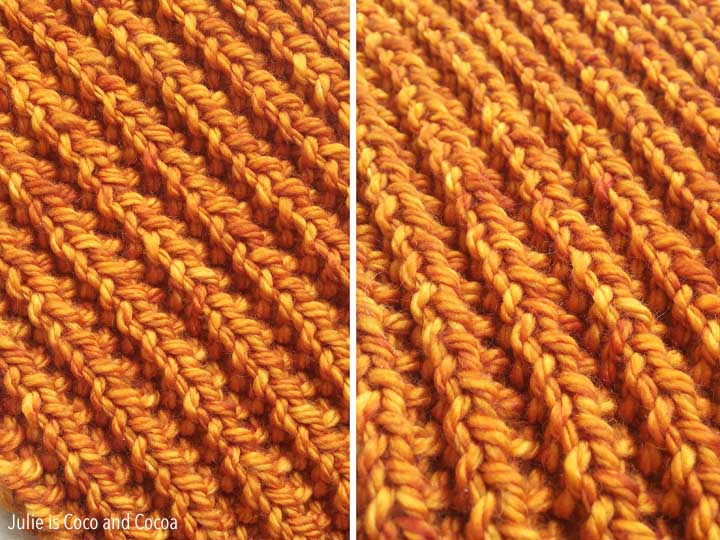 The orange section is knit using the Mistake Rib Stitch. This is a rib pattern that is virtually mistake proof, hence the name. Knit over a pattern of 4 plus 3 stitches, it creates a very deep rib pattern. Because it is so lofty this portion of the cowl has the most stitches. 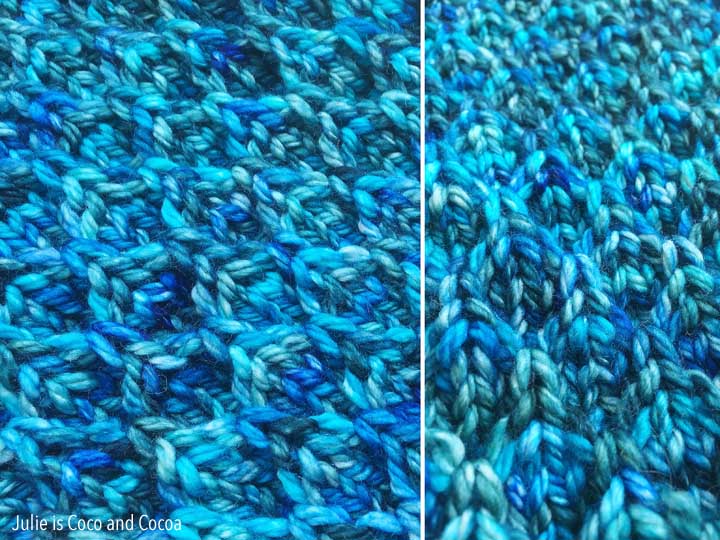 A traditional honeycomb stitch pattern uses a cable to create the pattern, but I wanted something more portable and didn’t want to have to bring any extra needles with me. So instead I choose a Mock Honeycomb Stitch that uses slipped stitches. I paired it with the blue yarn because it reminded me of a mermaid and the ocean. 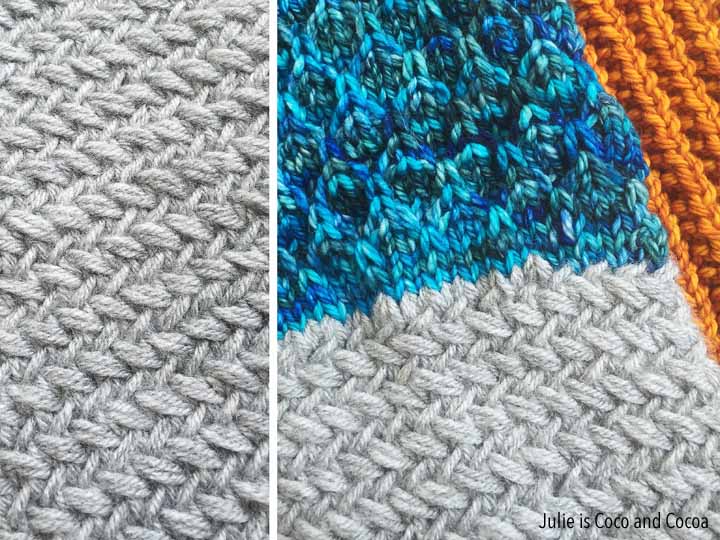 The final stitch pattern in my Trilogy Cowl is the Mini Herringbone Stitch. This pattern was the most flat of the three that I chose, so I decreased the stitch count again for this section, but just slightly. 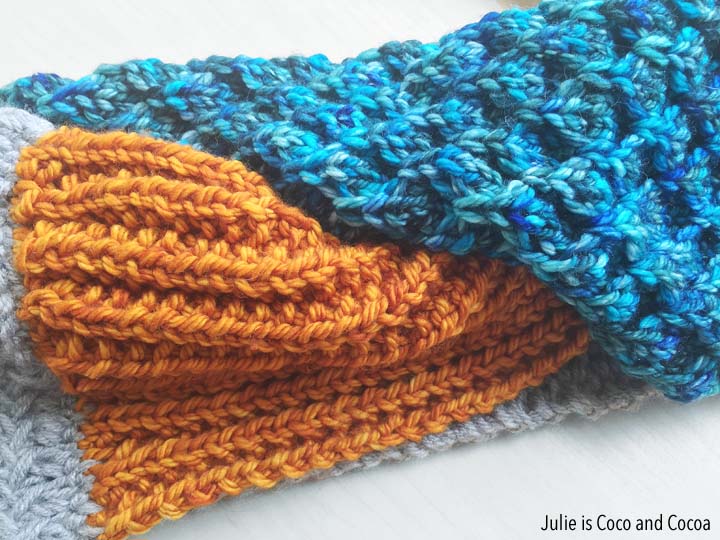 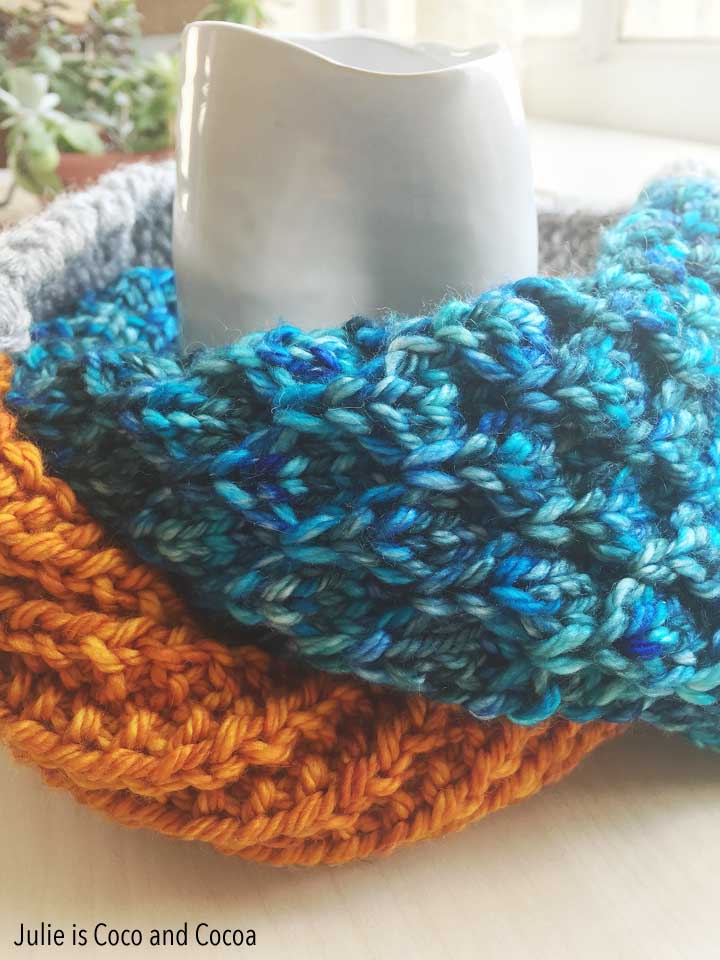 Blue and Orange Yarns are from Dye2Spin

And this cowl is just for me. It’s been quite awhile since I’ve made something for myself.