Thank you to Disney for inviting me to a press screening
Celebrate The Avengers with these Avengers Superhero Macarons! 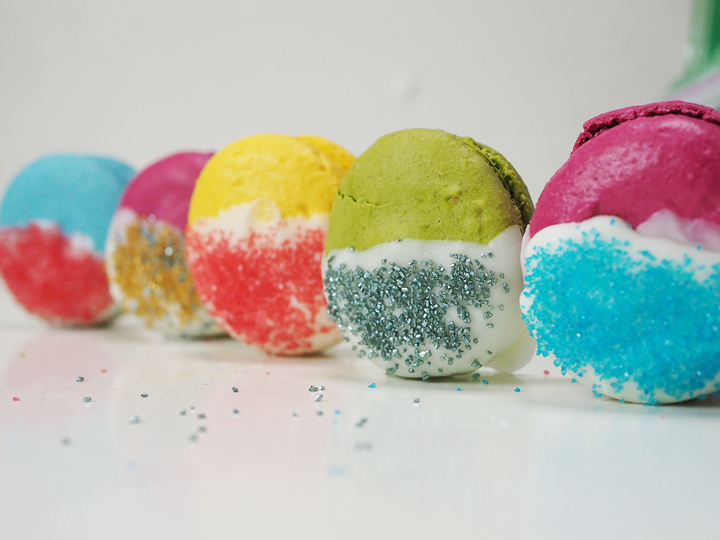 Captain America, The Hulk, Iron Man, Thor, Spiderman, and more. Just by looking at the movie poster you can see that all of your favorite Avengers make an appearance in the new Infinity War movie. 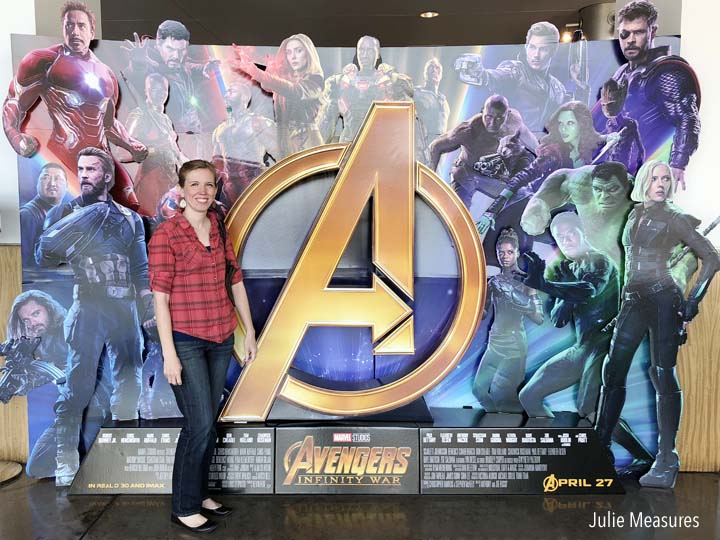 I was able to see a press screening of the new Avengers Infinity War movie and it is amazing. Take your breath away fantastic. You will laugh, cry, and be surprised. But isn’t that what great movies should do? I don’t want to give away any spoilers, which makes it a little hard to talk about the movie itself. So instead I’m going to tell you what to do before and after the movie instead. 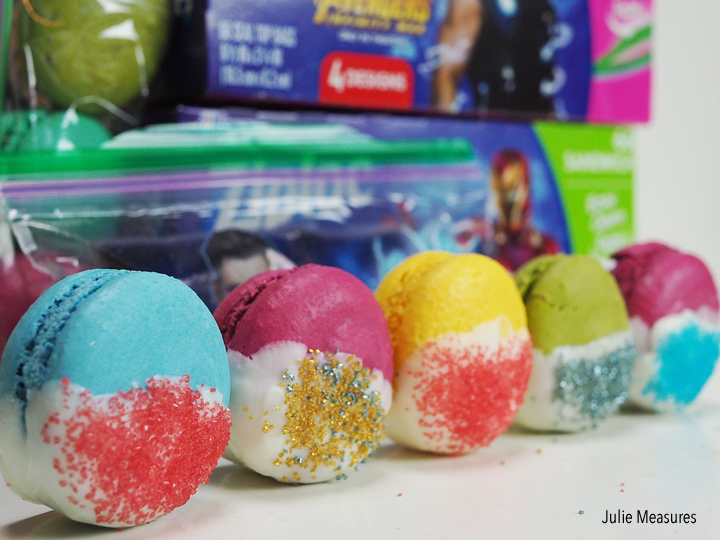 Before You See Avengers Infinity War

“Avengers: Infinity War” picks upas the Avengers and their allies have continued to protect the world from threats too large for any one hero to handle, but a dangerous menace has emerged from the cosmic shadows: Thanos.

The most powerful villian of all time, Thanos is an intergalactic despot. And he will stop at nothing to collect all six Infinity Stones in his quest to wield unimaginable power and his twisted will on all of humanity.

That would be the Marvel Cinematic Universe movies. Assuming you don’t have time to watch 18 movies before seeing Avengers Infinity War I would recommend watching 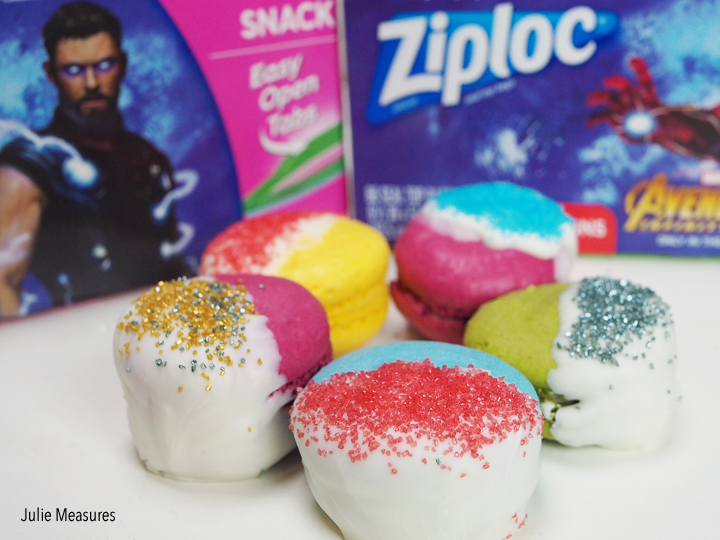 While You See Avengers Infinity War

This movie starts strong and stays strong throughout the entire film.

Stay After the Credits

Stay to the very very end. After all the credits. All of them. You don’t want to miss this scene. 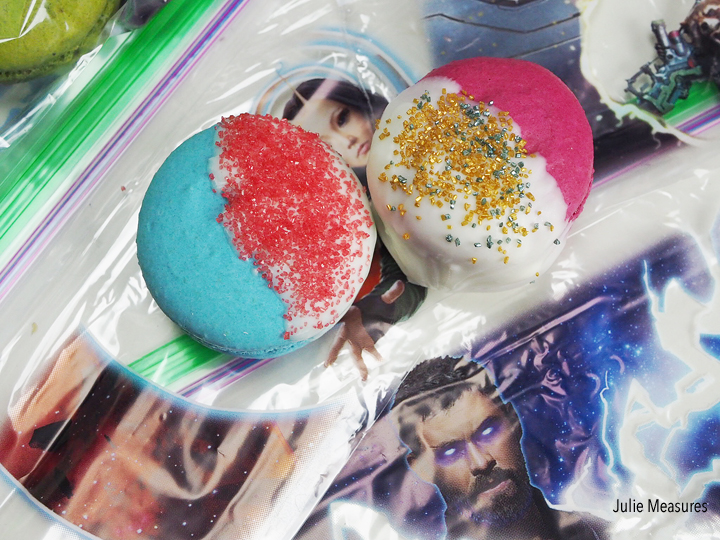 After You See Avengers Infinity War

You’ll want to talk about this movie! Find a friend who has seen it so you can compare thoughts. Better yet, bring a friend with you to the movie and you can start talking as soon as it’s over! Just don’t spoil the movie for friends who haven’t seen it yet.

Go home and make yourself some Avengers Superhero Macarons. 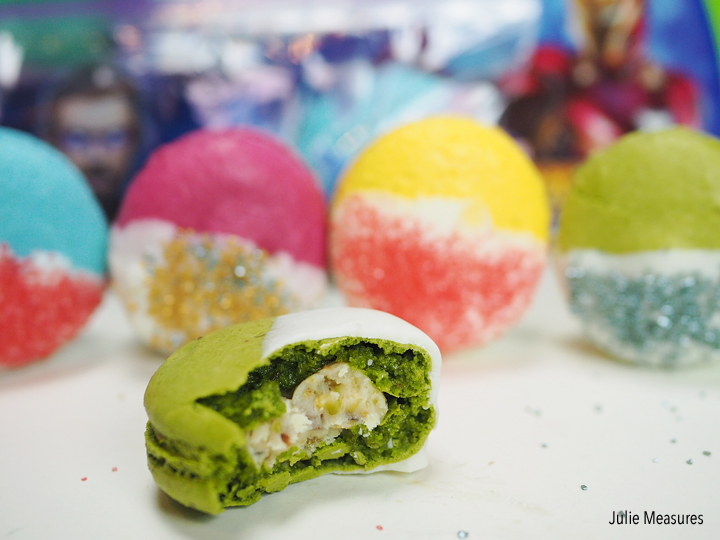 I picked up some macarons from a local bakery, though you could make your own. I dipped each macaron in melted white chocolate. Only dip about half the macaron. They are fragile and dipping them to far makes them heavy and prone to breaking.

Before the chocolate sets top them with sprinkles. My kids and I had fun picking color combinations to represent our favorite Avengers. Of course Captain America was easy with his red, white, and blue. Green and gray could be the Hulk, but add in a little red and it could be Gamora. 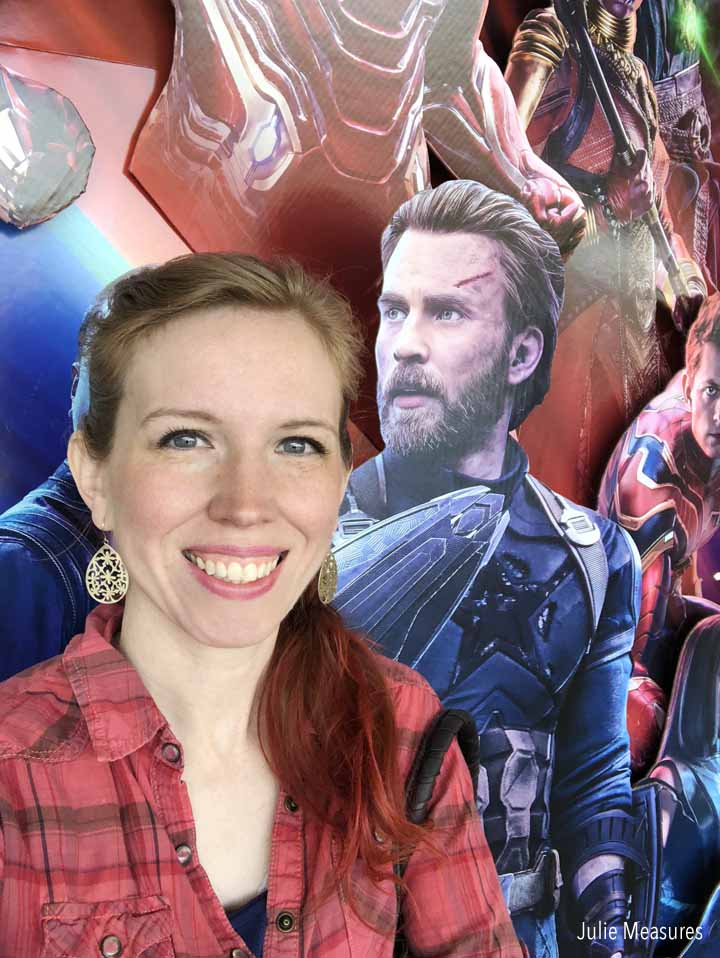 You could even make the macarons ahead of time and then enjoy them as a post movie treat! 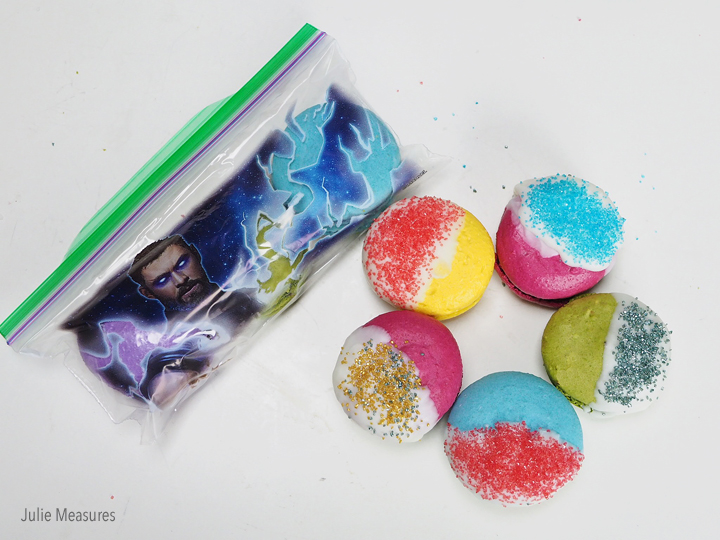