Are you as crazy about owls as I am? Keep your hands cozy with this Owl Gloves Crochet Pattern 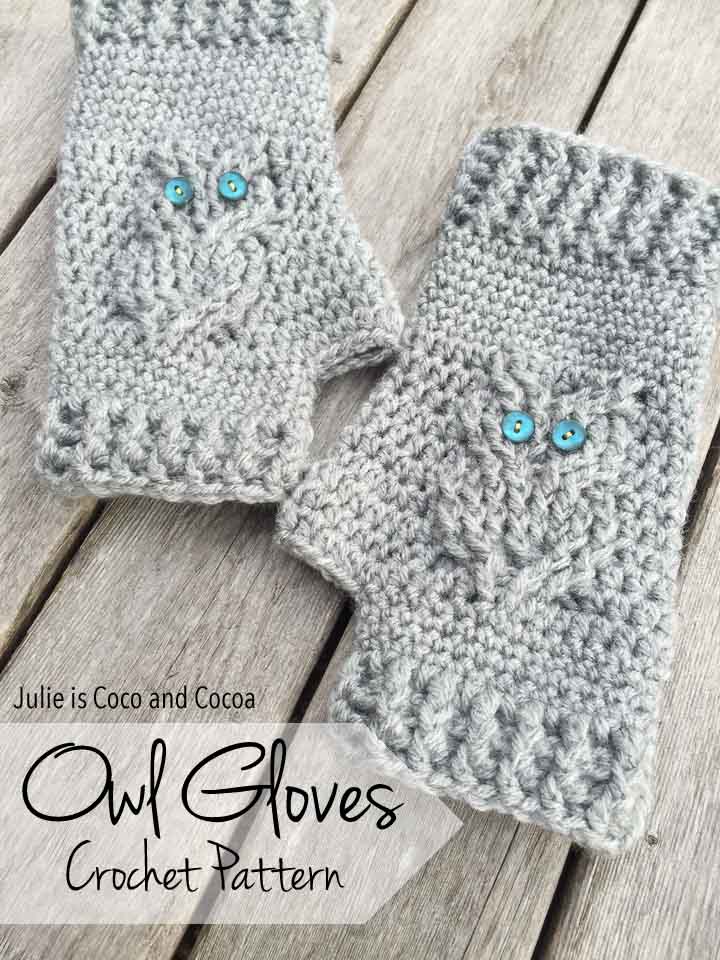 Crochet Your Own Owl Gloves

The owl collection is growing! It all started with a knit owl hat inspired by my grandmother. From the hat came knit gloves and a scarf. It didn’t take long for crocheters to ask for a crochet version on the hat. Having never done crochet cables, or really knowing they were a possibility, it took some experimenting and reading to create a crochet owl hat pattern. But once I did I was in love with it, too. 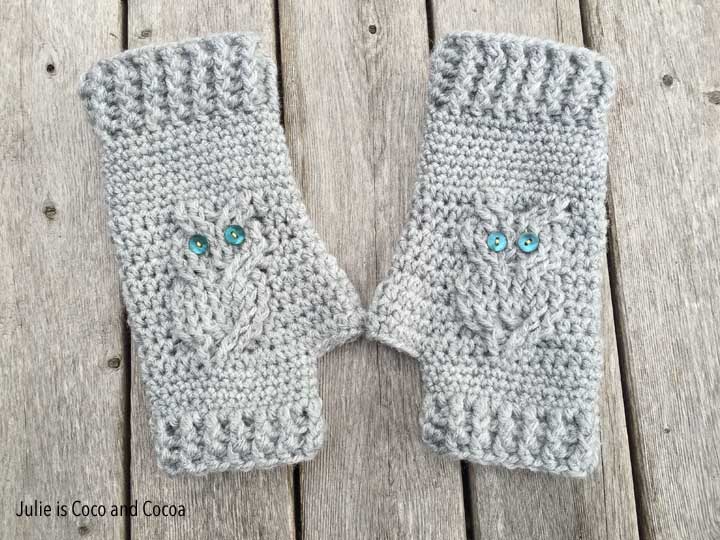 And then spring turned to summer and I was knitting and crocheting less. The heat of Texas doesn’t inspire me much. But now the kids are back in school and autumn is trying really hard to make its appearance. So I took a trip to the yarn store to begin restocking for cooler weather. Having plenty of yarn in the house makes my fingers itchy to create new things. 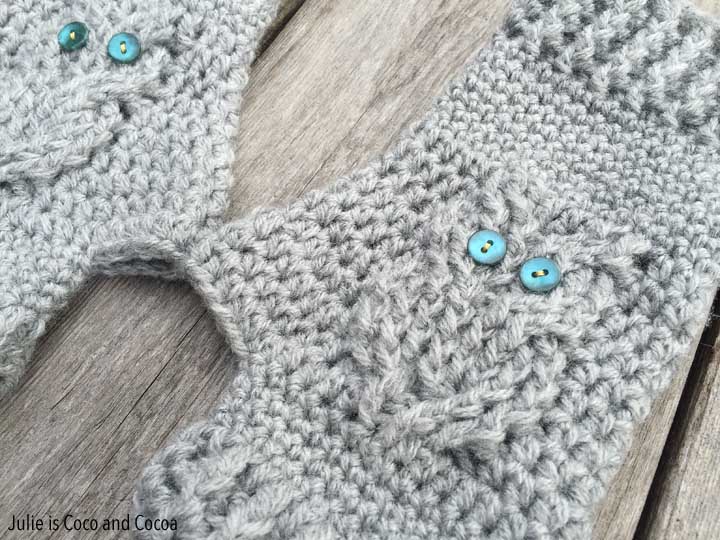 I love sets of matching things. Dishes, jewelry, and winter wear. A hat pattern needs matching gloves. And a scarf. The knit pattern set was complete. The crochet set needed its next addition. So I got to work creating the owl gloves crochet pattern. Very similar to the knit version (just as the crochet hat is stylistically similar to the knit hat). 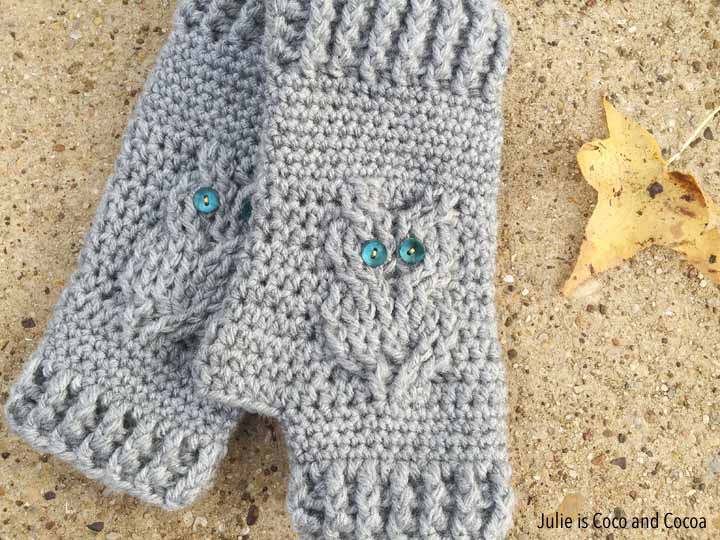 It starts with ribbing around the wrists and at the top. Then one sweet owl that sits on top of each hand. And finally their trademark button eyes. 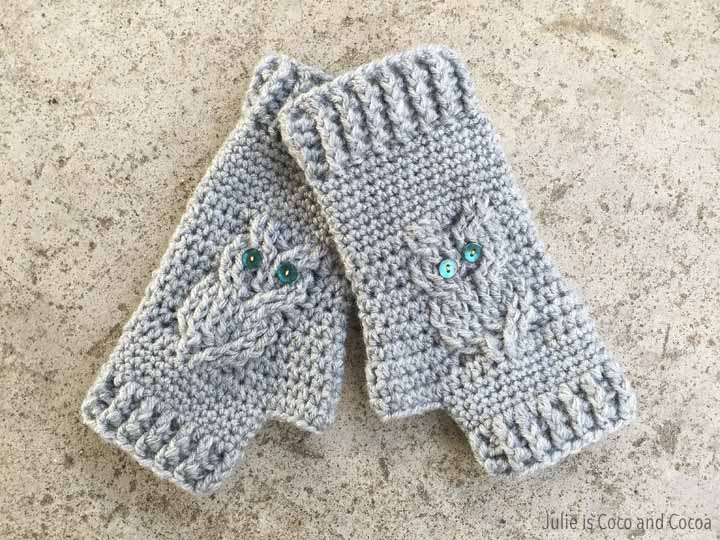 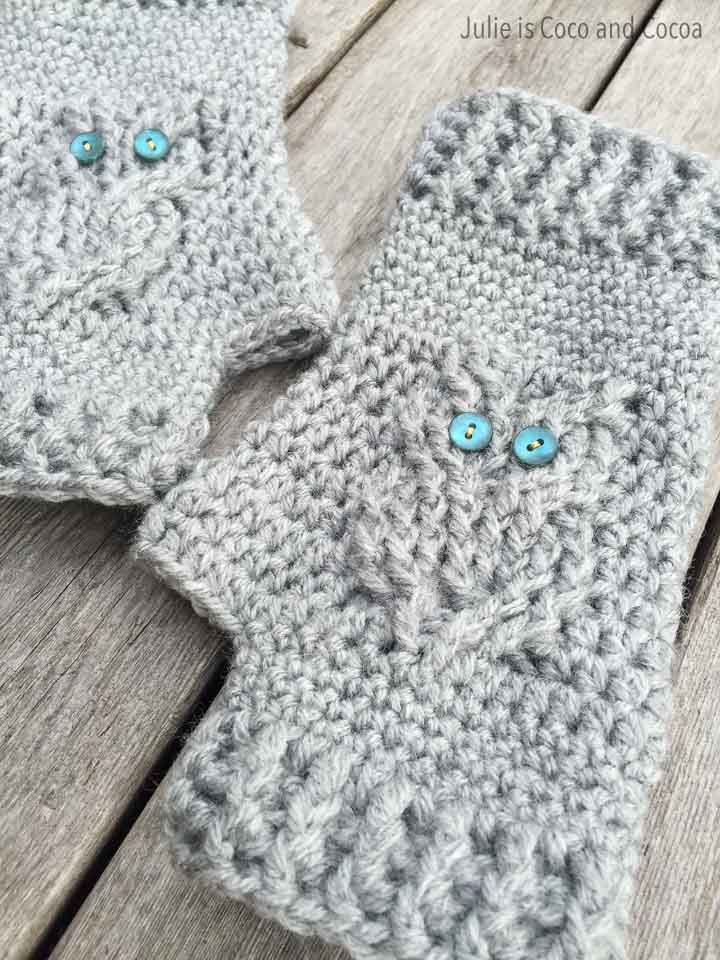 With my fingerless gloves slipped on I’m ready to drink some hot chocolate, read a good book, and snuggle up on the couch.