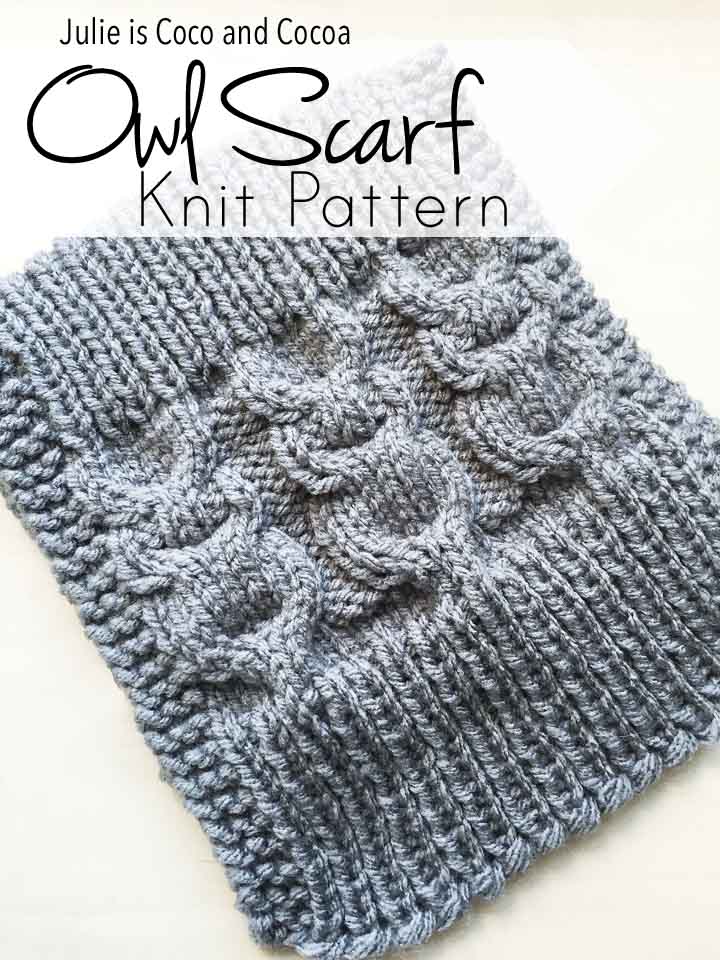 The Owl set has a new addition today! If you’ve been following along, it started with an owl hat. That inspired some owl gloves. And now, at long last, an owl scarf.

Inspired by my Nana, the hat has had several tweaks over the years, but I’m really in love with its current style. The gloves came about because a customer asked me if I could make a pair to match her hat. And now we have a scarf because after releasing the hat and glove patterns it was far and away the pattern most requested to be next.

The scarf is primarily worked in ribbing with a band of owls on each end. Here’s how they look up close as they are being made. 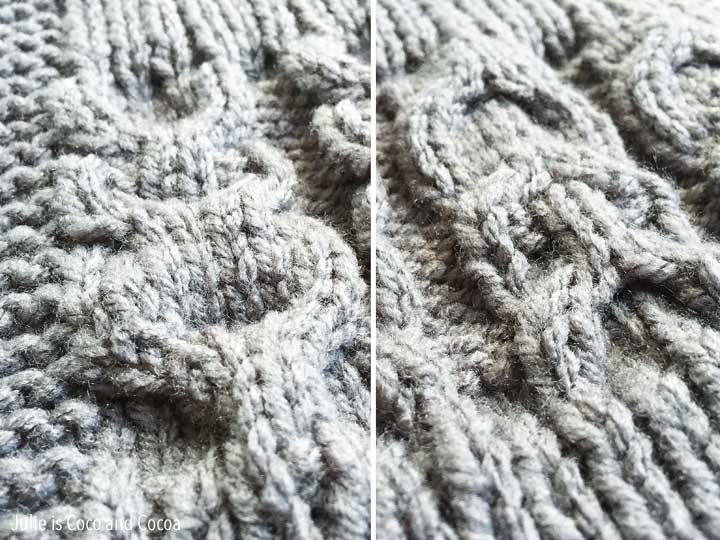 There is also a border up each side to keep things tidy. I made a shortened mini version of the scarf so you could see both bands of owls in one picture. 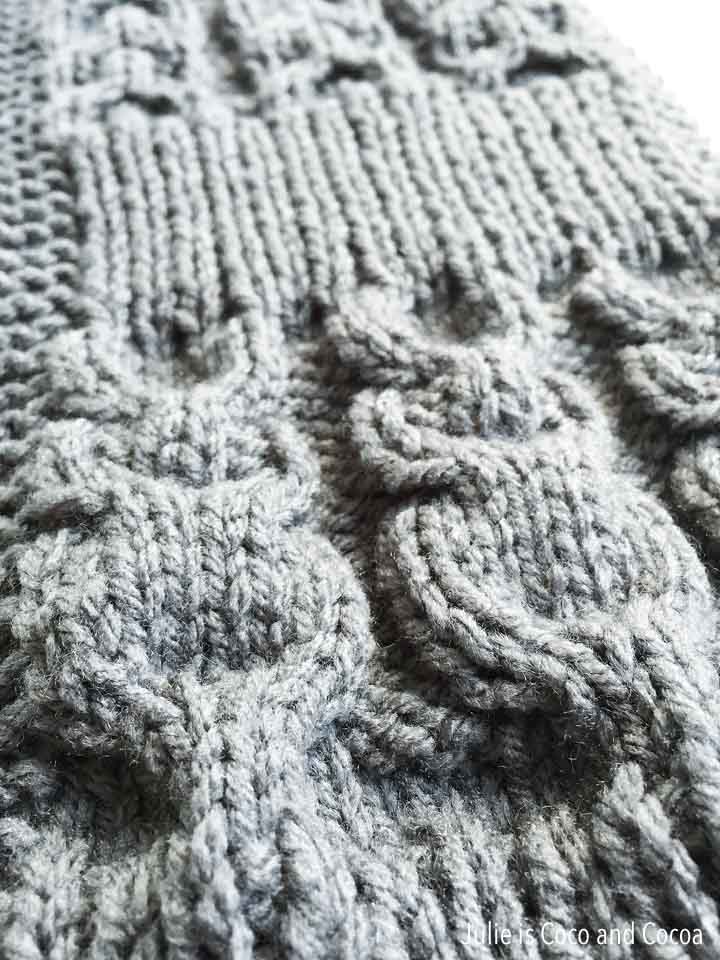 This pattern is completely customizable as to its length. You can make it super long so it can wrap around your neck a few times. Or you can make it really short and stitch it together to create a scarflette (if you want more details on that idea you can leave a comment below and I’ll explain). 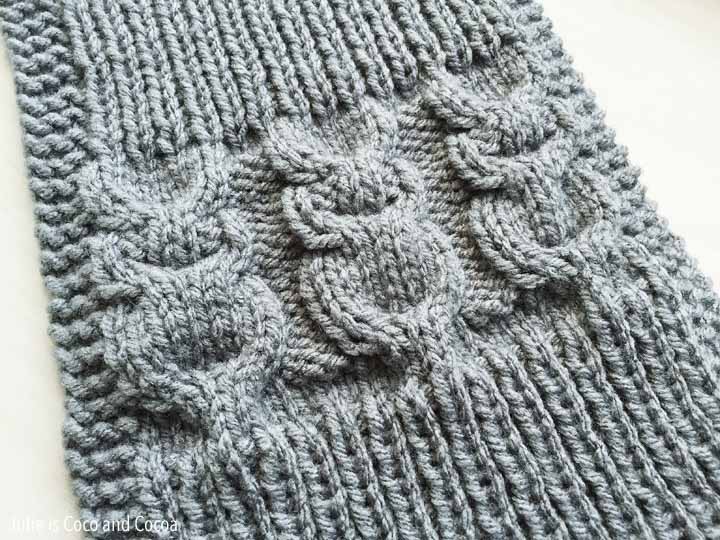 A few more knit owl patterns are in the works, as well as some crochet owl patterns. Leave any questions or pattern comments below!