I scream, you scream, we all scream for an Ice Cream Party! See how I put together this Girls Night, letting everyone know they are the cherry on top 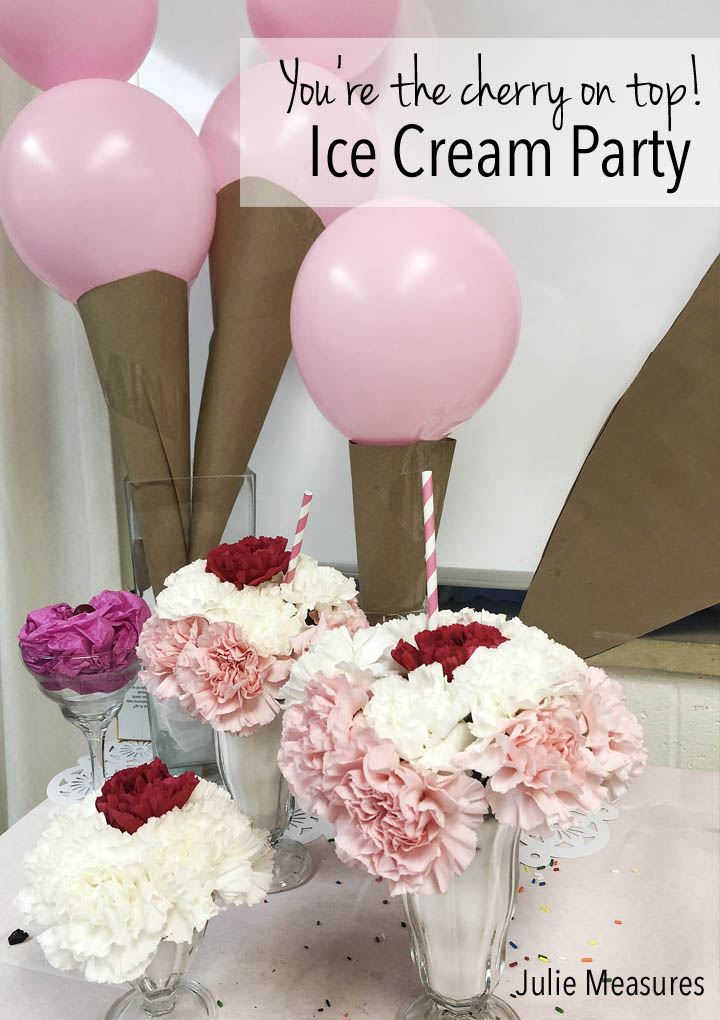 I learned a secret this week. The key for a large turnout for a girls night is to serve ice cream! I hosted an ice cream party for a women’s group I belong to. 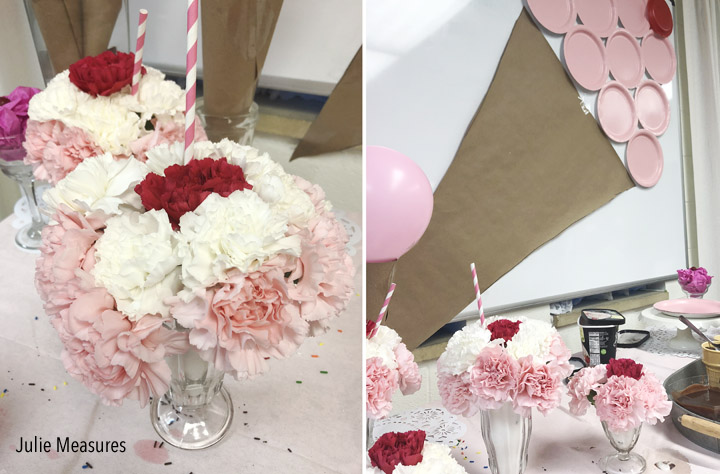 I set up a table for the buffet. We bought a few different flavors of ice cream and then offered a multitude of different toppings. 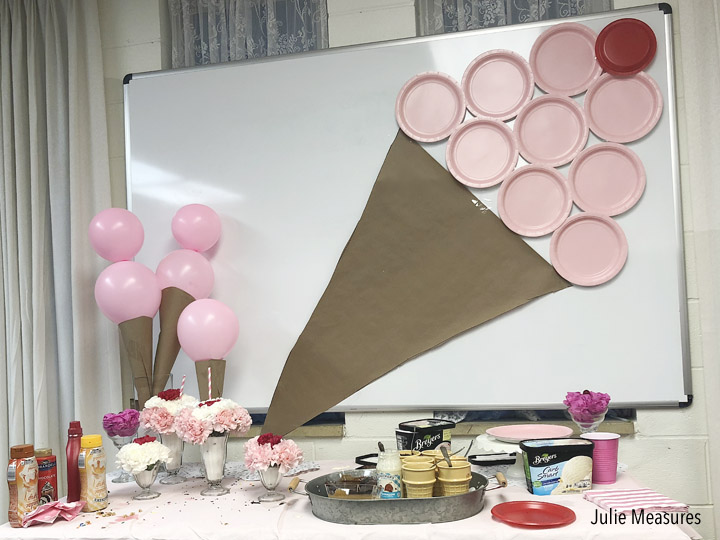 Some of the toppings went into these adorable ceramic ice cream cone dishes. 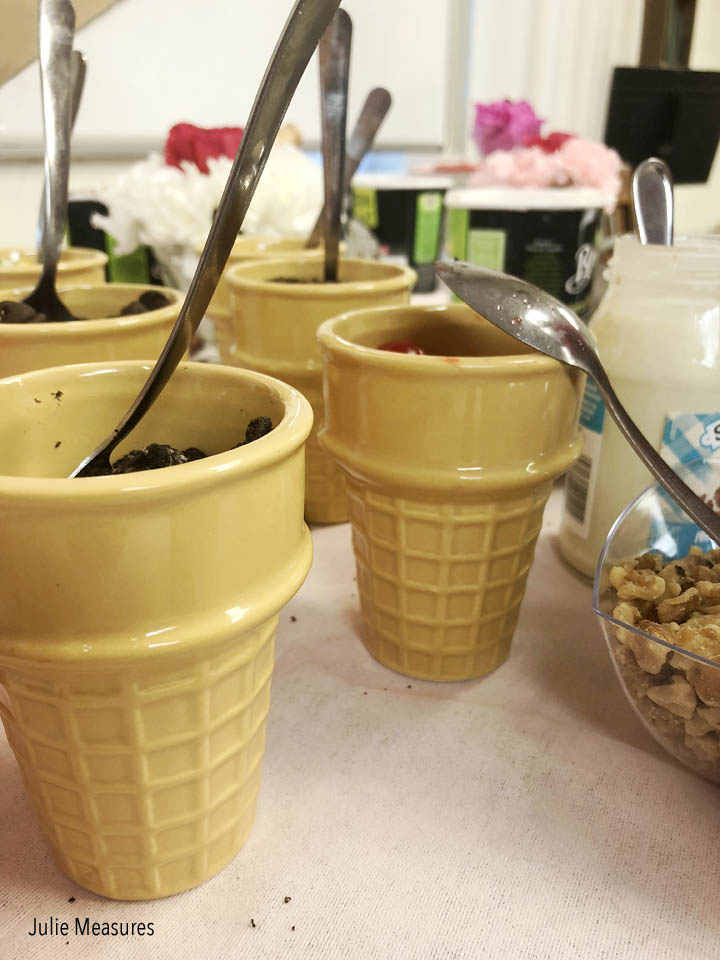 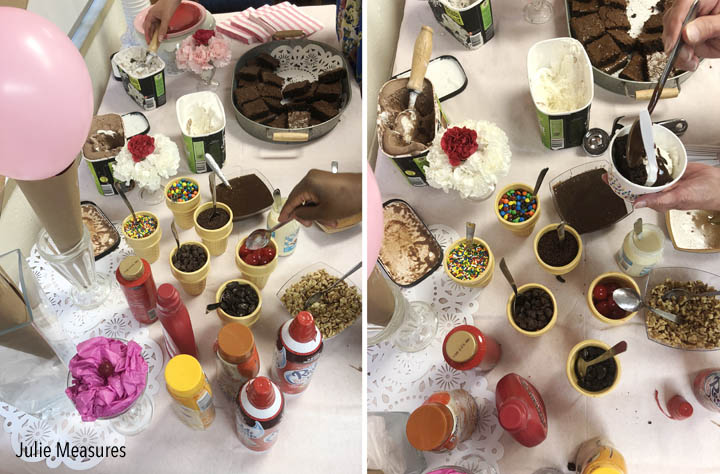 I printed out some ‘Here’s the Scoop’ invites to give to our women’s group. Sweet and simple with the date and time of our girls night ice cream social. 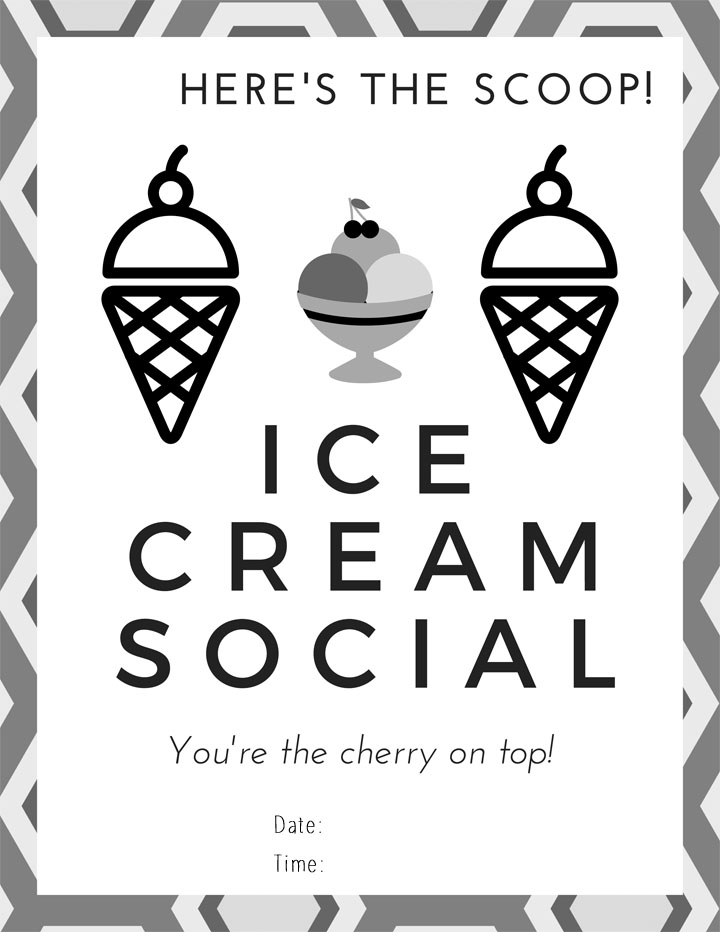 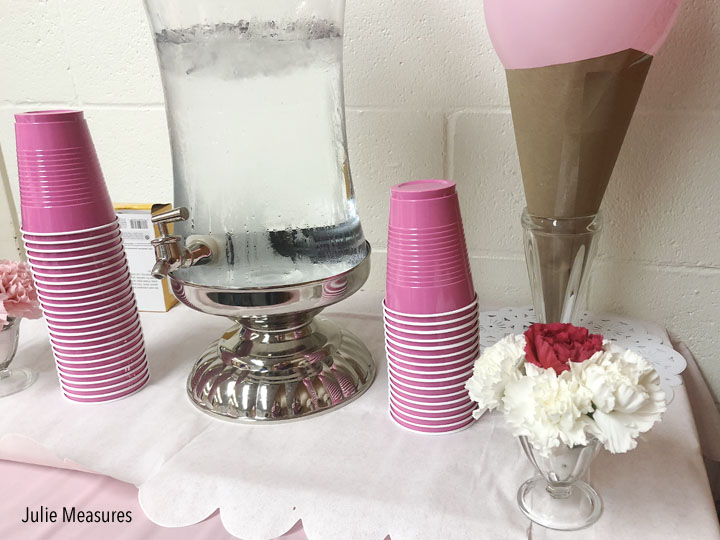 For our decorations I made a few large pieces that really made a big impact. These ice cream cones are made out of brown craft paper and balloons. Cut a half circle out of the paper and fold it into a cone. Then blow up some balloons and stack them on the paper cone. We made some single scoops and some double scoops! 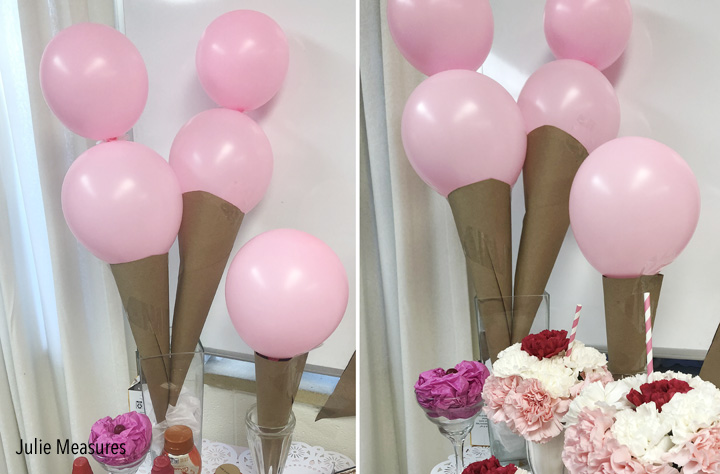 My favorite decoration was probably these carnation floral ‘ice cream’ centerpieces. We used soda glasses filled with sugar to hold the flowers. A ‘scoop’ pink flowers, then the white flowers, and finally a red flower in the center on top for the cherry! And then a striped paper straw. 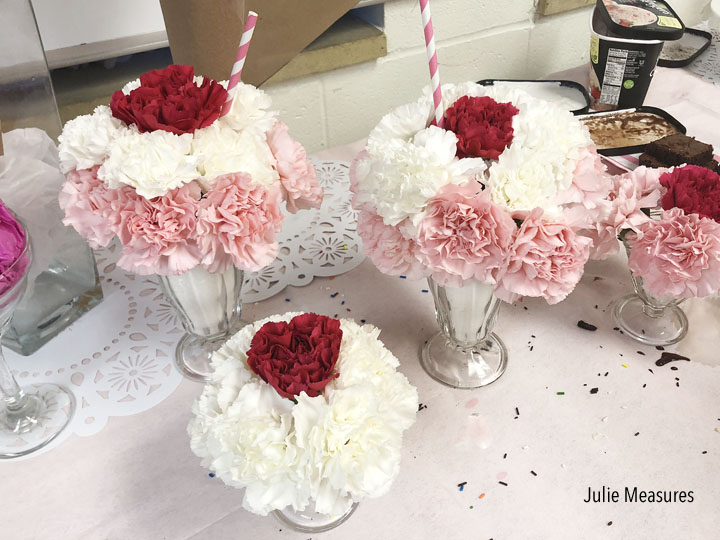 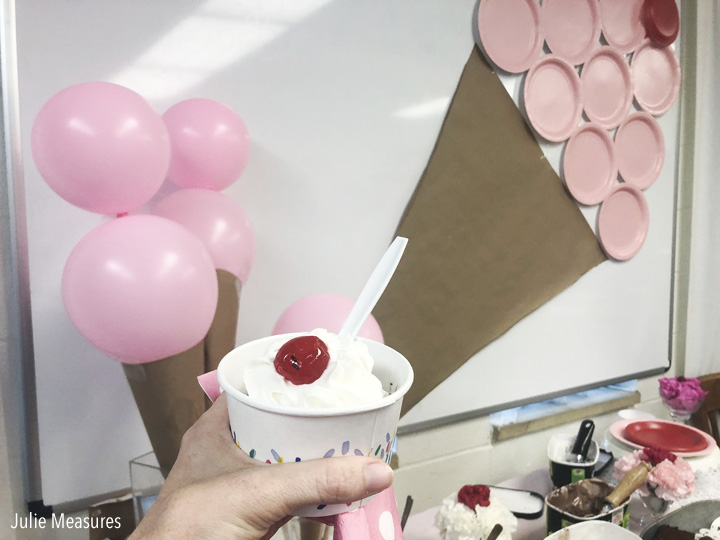 My ice cream sundae was a base of cookies and cream ice cream with some nuts, sprinkles, whipped cream, and a cherry.

For our ice breaker games we played Would You Rather, Never Have I Ever, and a birthday game.

We started with Would You Rather and asked some summer themed questions. Ladies had to sit or stand depending on their answer.

After we warmed up with the Would You Rather game we played Never Have I Ever. Everyone had to say something they had never done that they thought other people in the group had done. If you had done the thing the speaker said you had to stand up. We didn’t play where anyone had to leave the game for doing too many things, this was more just as an ice breaker game.

The last activity was having all the ladies line up by birthday, without talking. Getting a group of 30 women to not talk is hard! We did let them use their fingers to help get in line. 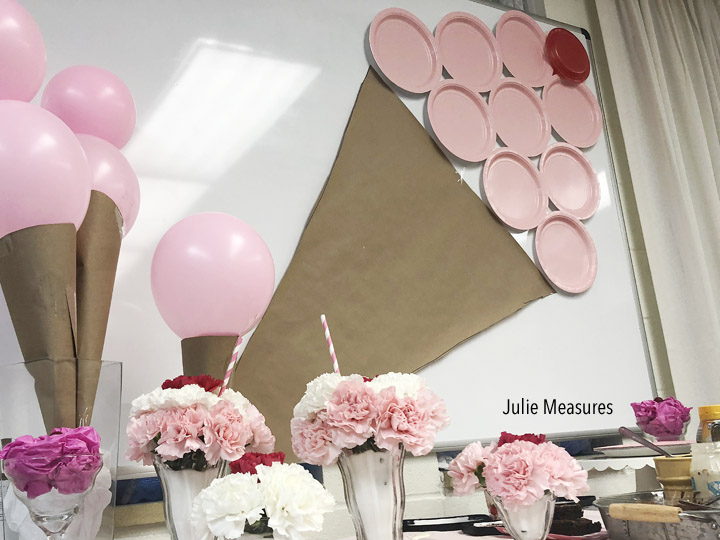 Host your own Ice Cream Social and cool off with the sweetest summer party idea!

Want more party theme ideas? How about a Great British Bake Off Party!