It’s hard to find that perfect hat sometimes. A friend of mine had a hat that he has been wearing for years to go running in. Well, the hat finally was showing its age and he decided it was time for a new one. He’s seen my work so he asked me to make a custom hat for him. He picked out the yarn, a beautiful super wash wool, and brought it over to me along with the old hat. He dropped the yarn and hat off and said that I should take my time, he wouldn’t need the hat until the fall. Of course a week later he was calling changing his mind, asking if I could get it done pretty soon.

Using his old hat as a pattern for size and the size of stitches that he liked I went to work on his new hat.

One of the things he liked about his old hat was the stripe of orange around the bottom since he’s a UT fan and it was requested that his new hat have that also. I found this great burnt orange that went really well some of the orange flecks in the wool yarn. 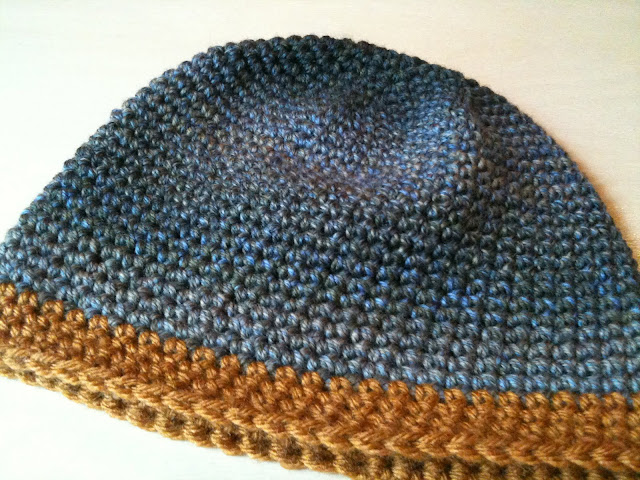 I am really happy with how it turned out and thankfully he is, too.