Planning your Halloween costume? If you’re going as a ghost, ghoul, or goblin you’re in luck! I’ve got a ghost makeup tutorial video that will have you looking spooktacular 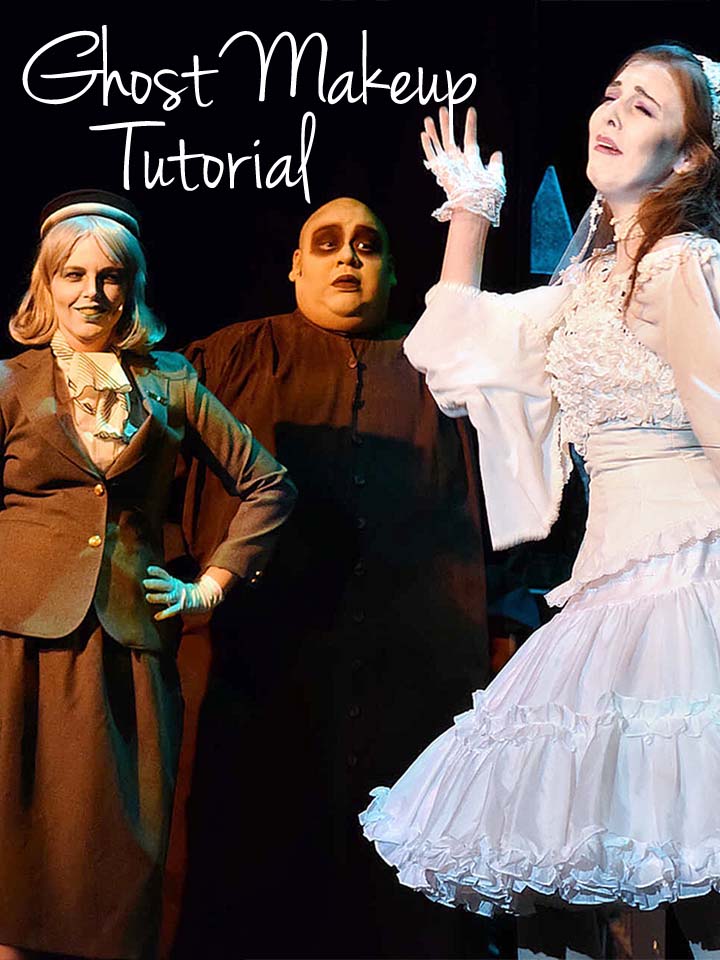 Listening to the theme music to the Addams Family in a live theater while the audience snaps along was the perfect way to start the month of October. My middle sister is currently starring in the musical as an ‘Addams Ancestor’, back from the dead to help move the plot of the musical along. And if you didn’t notice by her costume her character is/was a flight attendant. 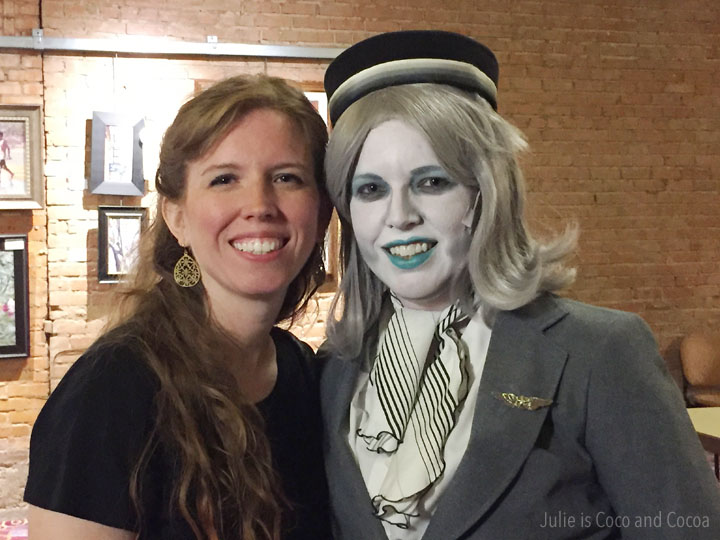 I told her she doesn’t have to come up with a costume for Halloween this year. Thanks to her role she has the ghost makeup down pat! And she was nice to enough to film a backstage look at how she puts on her makeup for the show.

Here’s a breakdown of the products she uses

She wears a wig for the show, but you could also style your own hair. 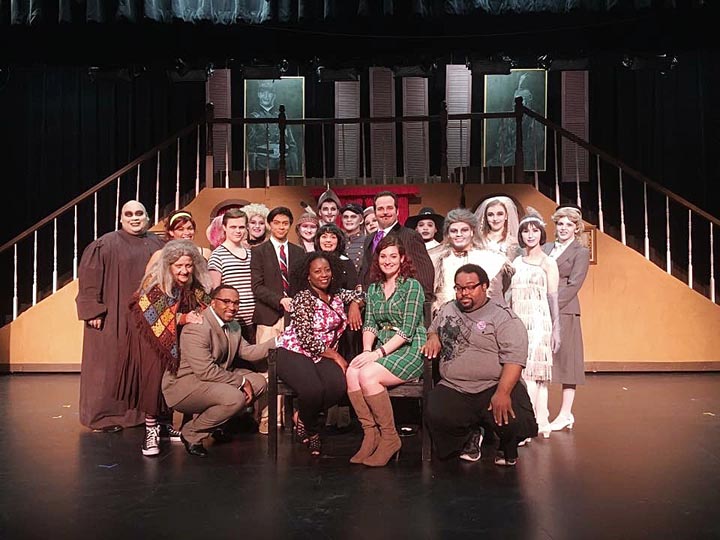 The show is absolutely hilarious. The actor who plays Uncle Fester steals every scene he is in. The woman who plays Alice Beineke has a phenomenal voice. The theater was packed when I saw the show last week. And Lurch will give you a surprise near the end! I have to say I was also really excited that the theater has a live orchestra!

If you are in the Dallas/Fort Worth area, make sure to grab tickets quick to see the Addam’s Family musical happening this weekend at the Uptown Theater in Grand Prairie.