Tiny heart fingerless gloves that are perfect for the one you love! FREE Fair Isle knitting pattern 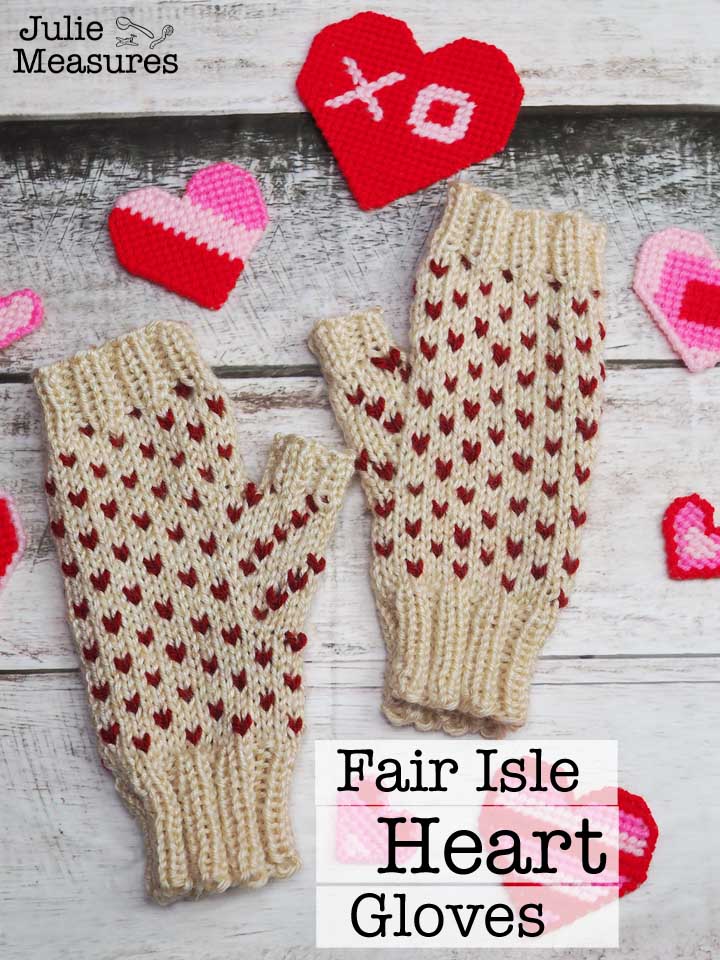 I have loved Fair Isle knit fabrics for as long as I can remember. So many beautiful color combinations. What I haven’t always loved is knitting in fair isle. For me fair isle has often felt complicated. So many different strings going every which way. Swapping out which yarn you’re stitching with so frequently (particularly because I like to knit using the continental method). And finally, struggling with my tension as I switch between the different colors. 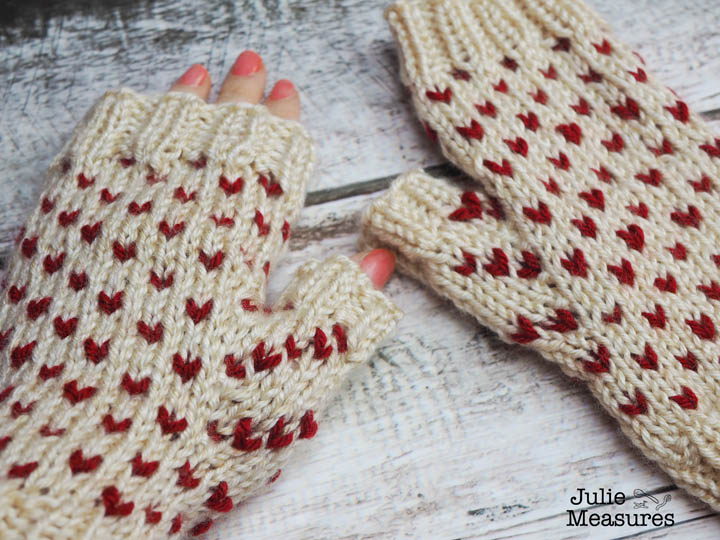 But for a few years now I have seen the most adorable knit hats with tiny hearts made using fair isle, and I desperately wanted one. So I’ve been practicing and am finally feeling much more comfortable with fair isle (at least using 2-3 colors).

What is Fair Isle knitting?
Fair Isle, also known as stranded colorwork knitting, is a traditional knitting technique used to create patterns with two (or more) colors of yarn. Named after one of the Shetland islands, Fair Isle. 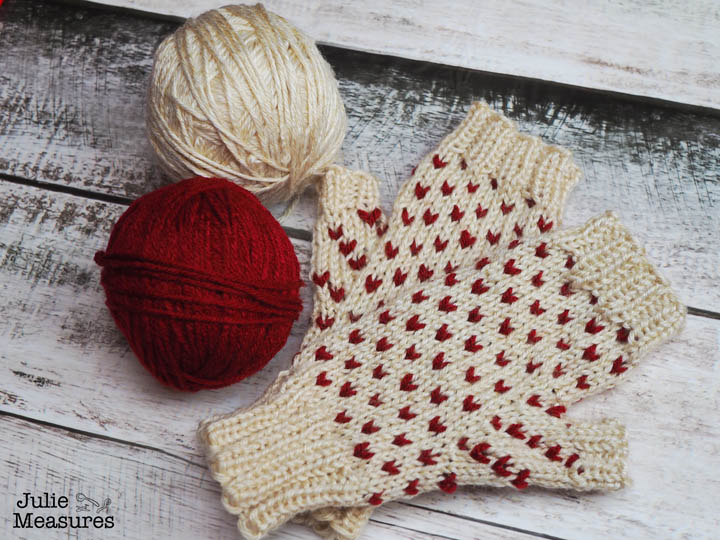 While I’ve seen many fair isle hats with these tiny hearts, I realized I hadn’t seen any gloves. And I love a cute pair of fingerless gloves. So I got busy and made my own! 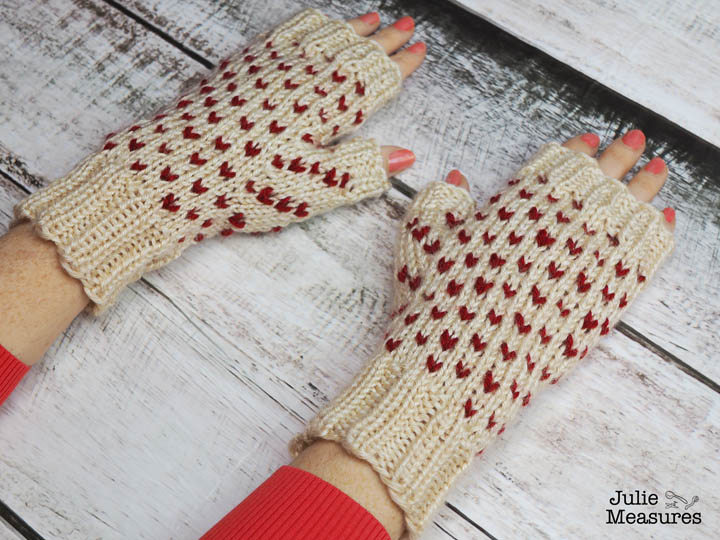 Fingerless gloves with tiny hearts, all thanks to fair isle stitching. Because they’re hearts, for this pair I decided to go very traditional with my colors and choose a red and cream yarn. Obviously, make your own gloves whichever two colors you would like! 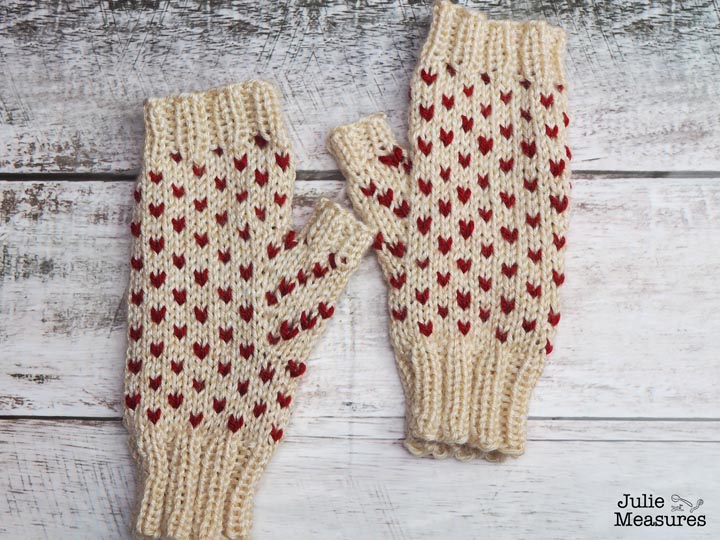 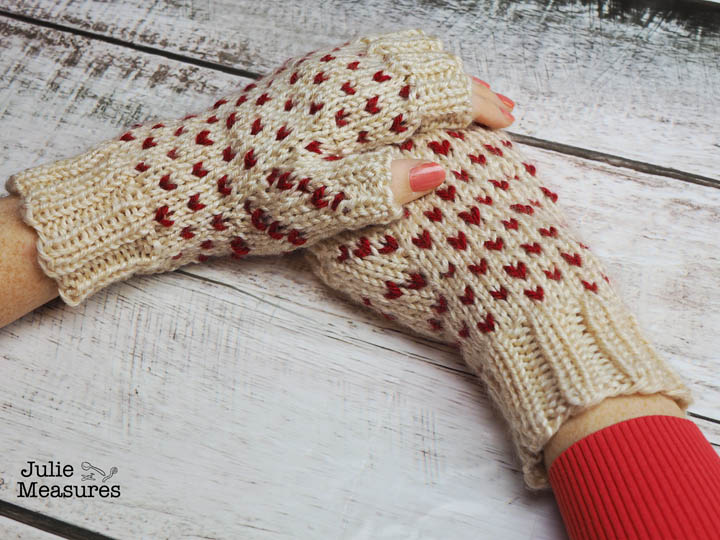 This pattern uses double pointed needles and is knit in the round.

Typically, when I make fingerless gloves, to increase stitches I knit into the front and back of a stitch. However, because of the fair isle pattern, if the increase needed to go into one of the red heart stitches, I would use the make 1 increase method instead. I just didn’t like the way the knit front and back increase looked when I used it on the secondary yarn color. (For the make 1 increase method you pull up the bar between two stitches, move it to the left needle, and knit into it to make a new stitch).

Yardage is about 80 yards of worsted weight yarn.

This fair isle knitting pattern is perfect for beginners! 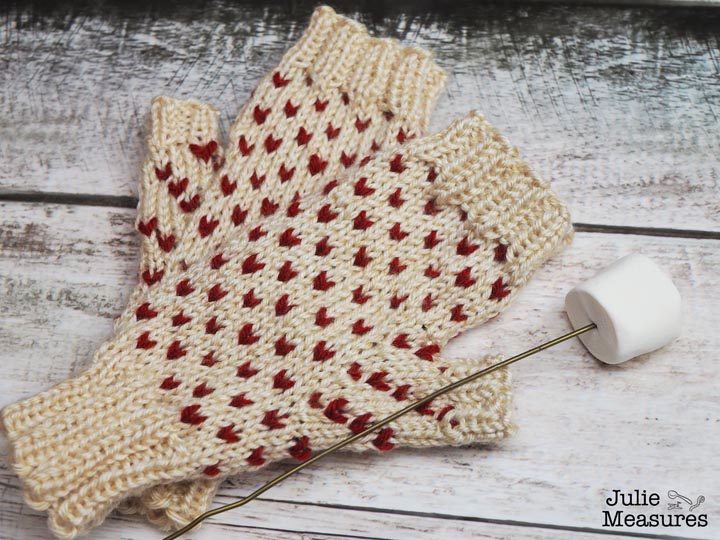 The pattern includes written row by row directions as well as a color chart for alternating between the main glove color and the secondary color (which will be the color of your tiny hearts.) 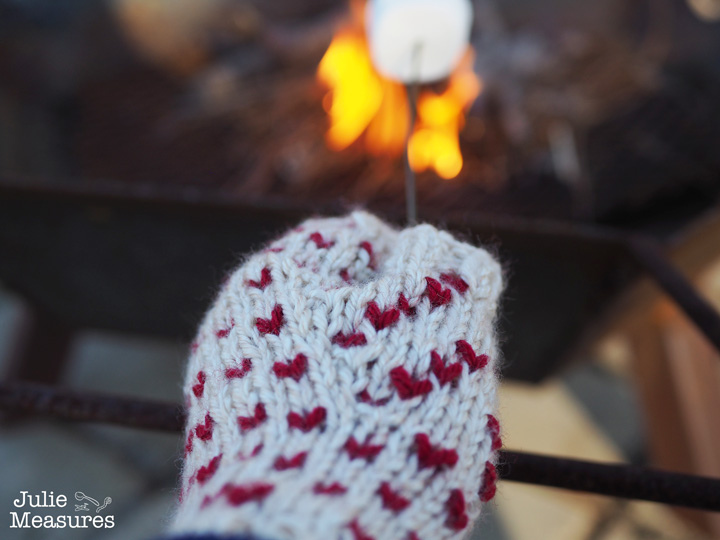 I’m already putting my gloves to good use! A nice little fire in our backyard fire pit and making some s’mores. (I’m working on a cute s’mores Valentine, so make sure to check back and see that!) 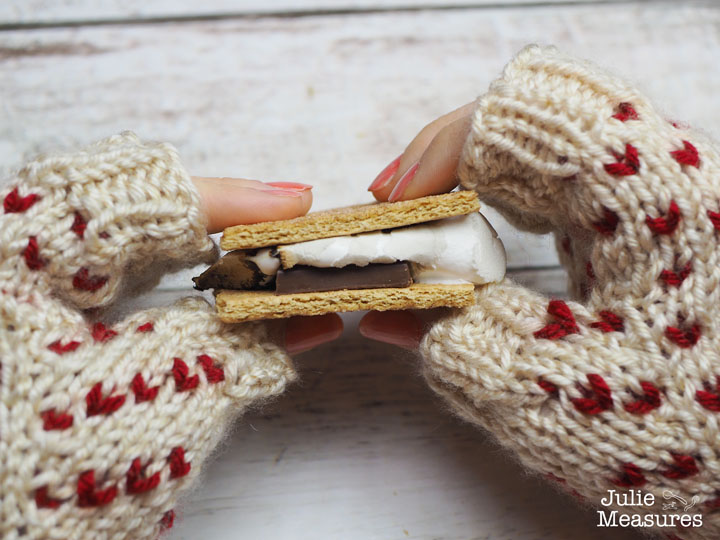 And the gloves were the perfect thing to wear when delivering our plastic hearts around town as part of our annual yarn bombing. 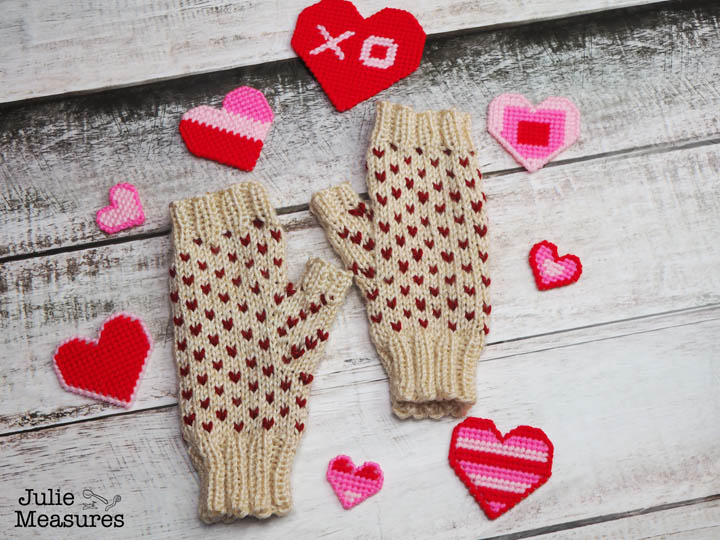