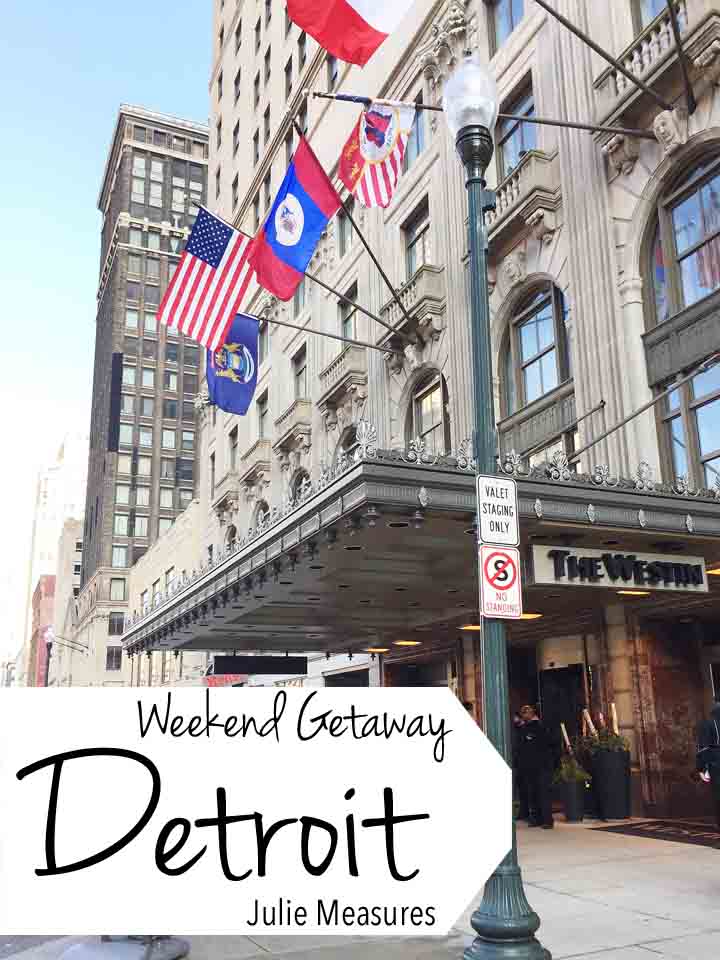 I love to plan events. I’ve done large scale craft shows, dinners for 100-plus people, plus dozens of smaller events. This year I’m serving on a committee planning a charity golf tournament. But somehow, with my husband celebrating a milestone birthday recently, I was stumped on planning a party for him.

My husband and I have always loved taking weekend getaways. Whether we drive or fly, it’s great exploring new places together. We don’t go that often, but we’re lucky to have family nearby that can help with that kids that makes those weekends away possible when we take them. With being stumped on the birthday party planning I decided to ask my husband what he thought about a trip instead of a party. He loved the idea. AND we decided that the destination would be a surprise. I planned the entire trip. He didn’t know what our destination was until we arrived at the gate! (I even had him not look at his ticket when we went through security to keep the secret as long as possible.) 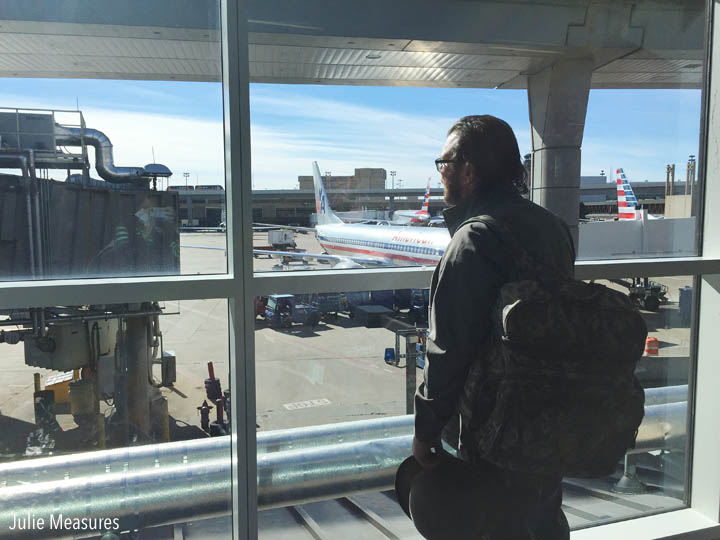 The birthday destination? Detroit, Michigan! We both love cities so I picked one neither of us had ever been to, as well as a state neither of us had visited before. I have a friend from Detroit so I called her while I was planning and she gave me the inside scoop on where to stay, where to eat, and ideas for things to see and do. 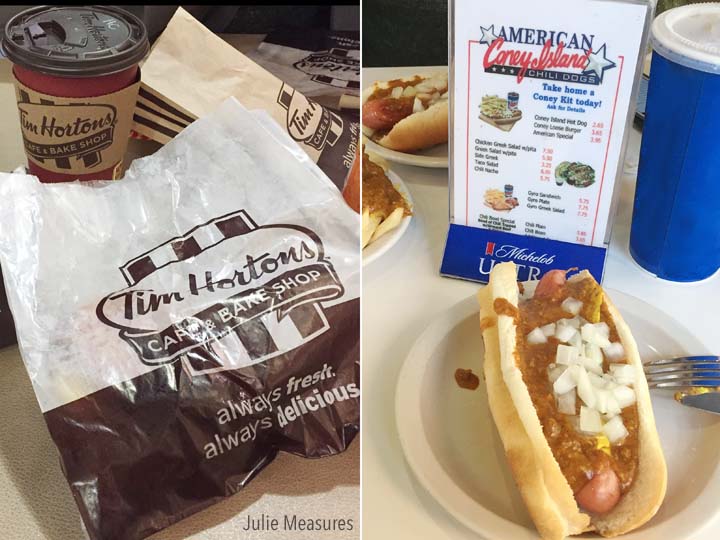 At the top of her list for food was Tim Hortons, Lafayette Coney Island, and Buddy’s Pizza. All brand new restaurants for us to try, and they didn’t disappoint. The website for Lafayette Coney Island said they took cash only but we paid with a card. We went to Buddy’s for dinner and since it was my husband’s birthday we got a slice of cheesecake for dessert! I didn’t know until we were there that square pizza developed in Detroit. It’s a nice thick deep-dish style pizza and I was a big fan.  I was also unfamiliar with Coney Island restaurants which then we realized are all over the Detroit area. We were given Lafayette as the specific location to try and we went with their namesake, the Coney Island Hot Dog. 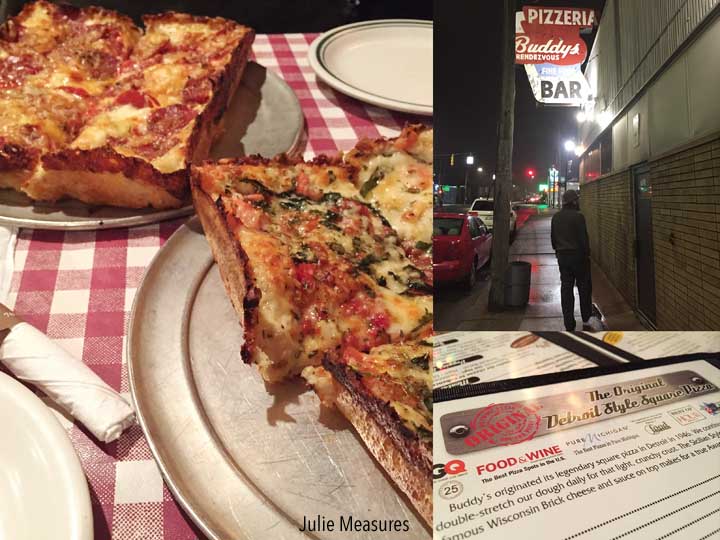 I don’t know if the streets are lit up year round, but they were in January while we were there. Winter Blast was also happening while we were there so there were additional fun winter activities happening like an ice skating rink, slides, and lots of vendors throughout the Campus Martius Park area in downtown. There were also there really interesting temporary illuminated art installation throughout downtown called LuminoCity. 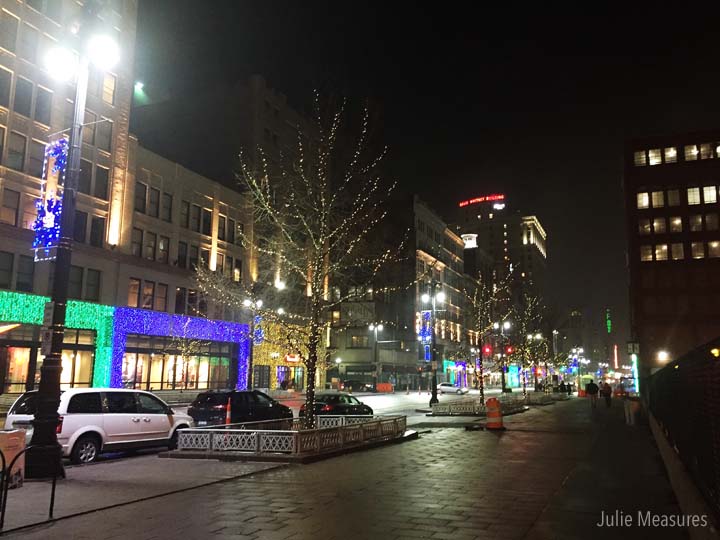 Detroit was having a very mild weekend when we were there (40’s and 50’s) so we were really able to get out and walk around. I’m sure if it had been colder there might not have been as many people as we saw wandering around. 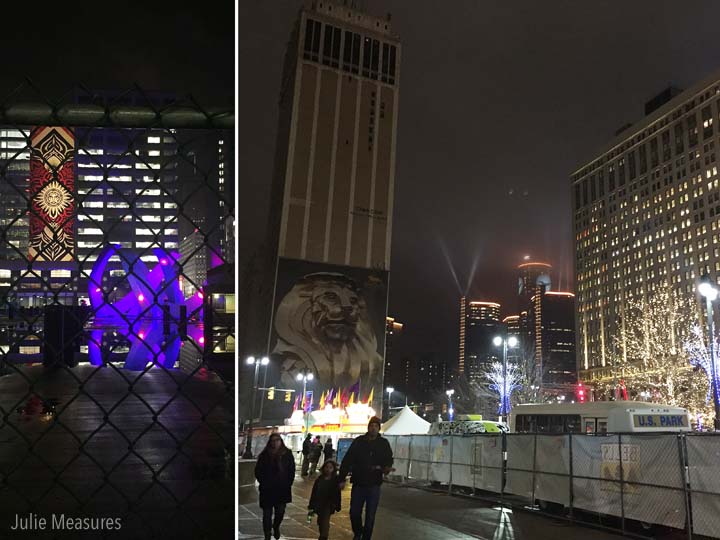 Being from Texas, and our mild winters, this was a new sight for me. A moving river with frozen chunks of ice floating in it. While I’ve seen frozen ponds and small lakes, I’d never seen ice in a river before. We walked a bit along the Detroit river and enjoyed the scenery. 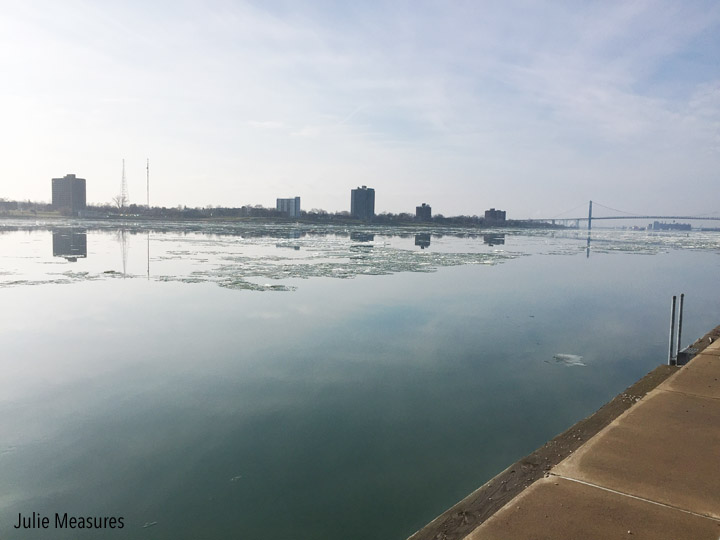 Some of the suggestions I got for places to visit in Detroit were: Detroit Institute of Arts, Greenfield Village, Pewabic Pottery, Museum of Contemporary Arts, and Campus Maritus Park, along with photo opportunities at the Joe Lewis Fist and The Spirit of Detroit. So if you’re planning a trip to Detroit, put those on your list! 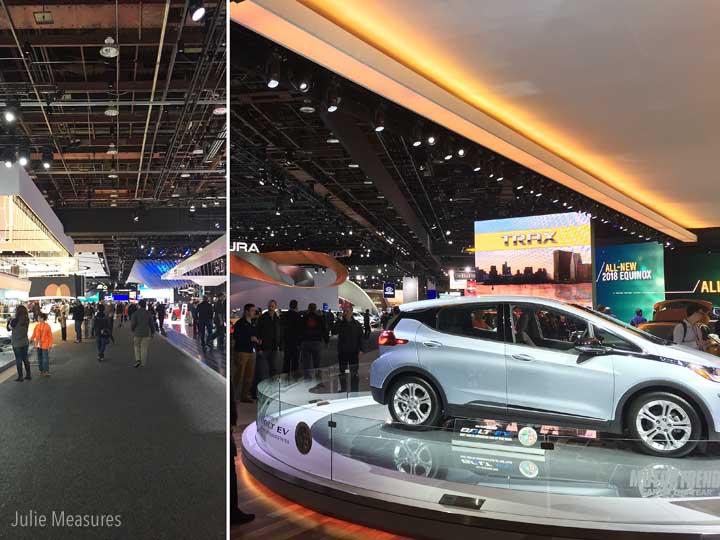 What I didn’t realize when I booked our trip was that the North American International Auto Show was also happening in Detroit while we were there. My husband was excited when he made the realization and of course we made a stop. I was very excited by the full sized Batmobile made out of Legos. 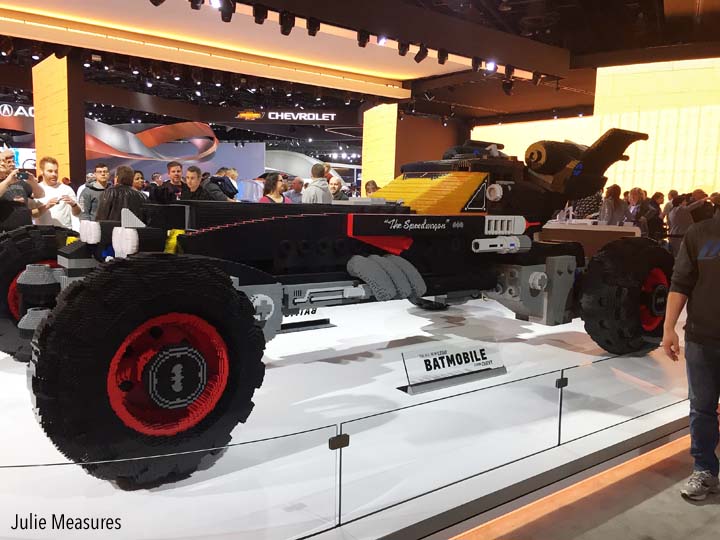 We rented a car so we also drove a bit around Lake St. Clair. We listened to Canadian radio in the car and my cell phone kept thinking I was in Canada and sending me texts with my international rates. Detroit is fun because from there you go south to get to Canada. 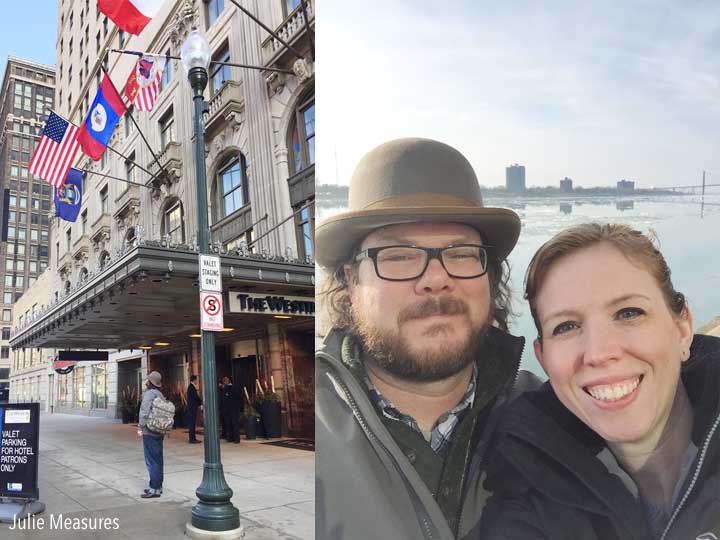 We had a great time in Detroit, and I’d love to make a return trip to Michigan in the summer. Visiting Mackinac Island is on my list.