Celebrate the start of summer by making Crochet Pinwheels for your home! 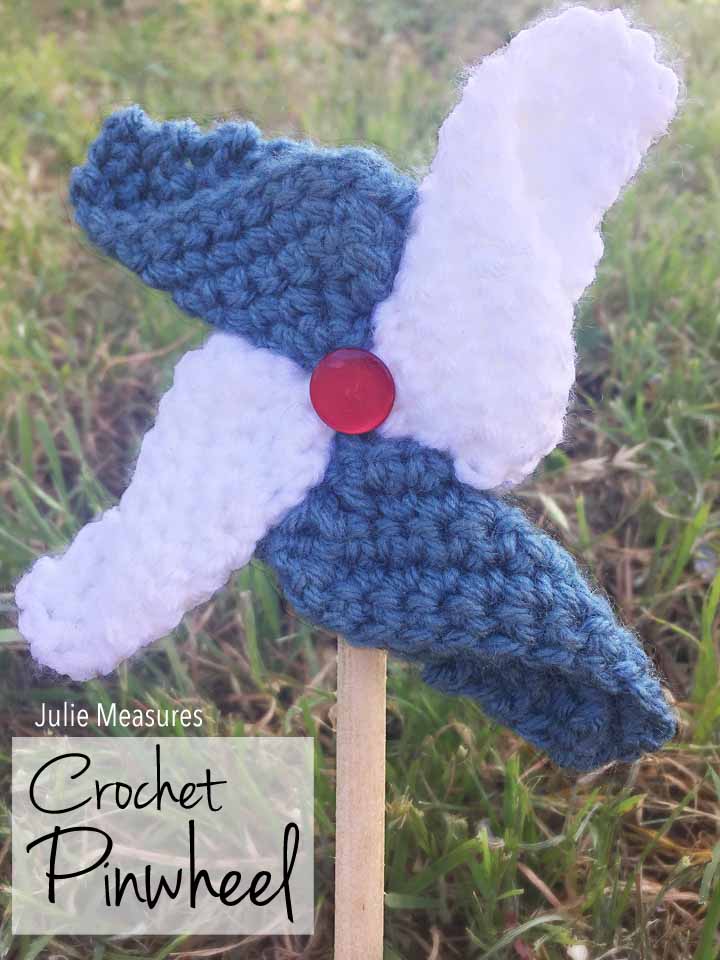 The school year is winding down and signs of summer are abundant. The kids are living in shorts and t-shirts. The pools in our area are starting to open. Dandelions have taken over my backyard. There is something about blowing dandelion seeds that just feels like summer. And my Junior League held a pinwheel fundraiser. The president and president-elect put out a pinwheel display with each pinwheel representing a confirmed case of child abuse in our area. The fundraiser portion was asking community members to purchase the pinwheels. The president and president-elect committed to camping out with the pinwheels until they were all sold. It took a few day but they were able to sell every pinwheel to raise money for abuse prevention programs. Seeing those pinwheels inspired me to create a crochet pinwheel. 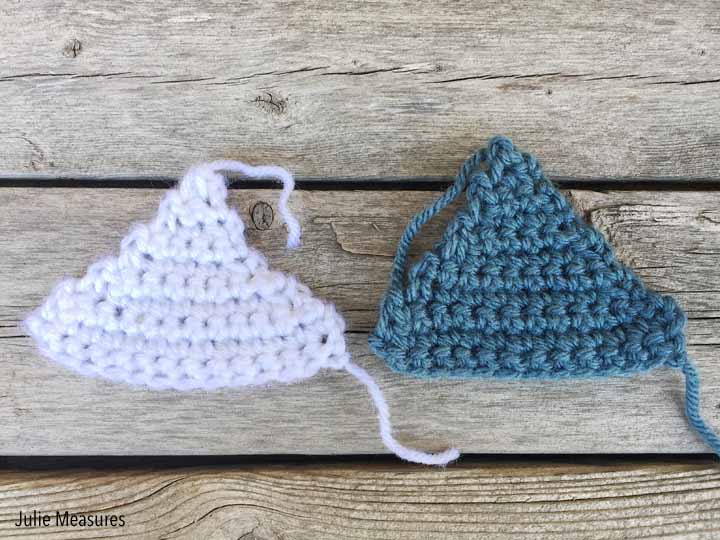 The foundation of the crochet pinwheel is really just 4 triangles. Each triangle creates one of the pinwheel blades.

I chose two different color yarns for my pinwheel. Use the free crochet pinwheel pattern to make 4 triangles. Leave a long tail where you cast-on so you can assemble the pinwheel. 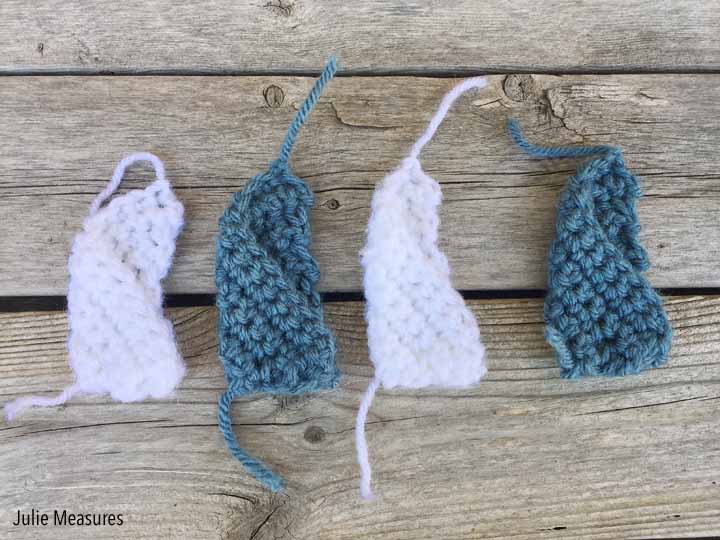 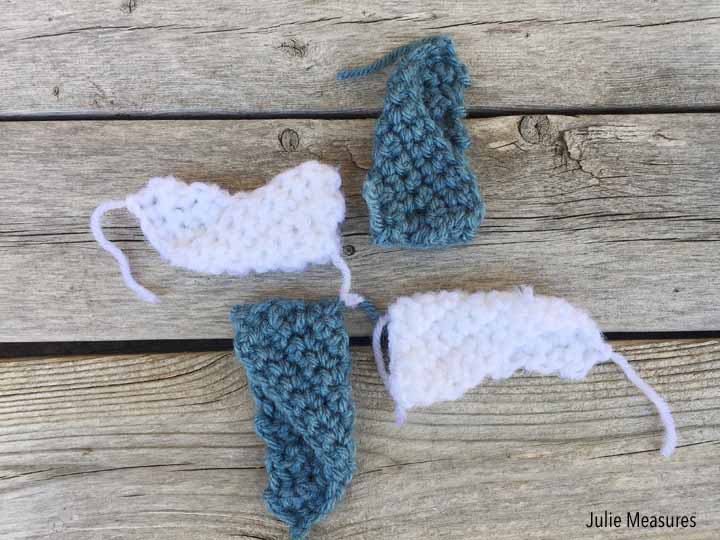 Lay out the pinwheel pieces to assemble them. The stitched together bottom lays up against the folded side of the triangle blade. 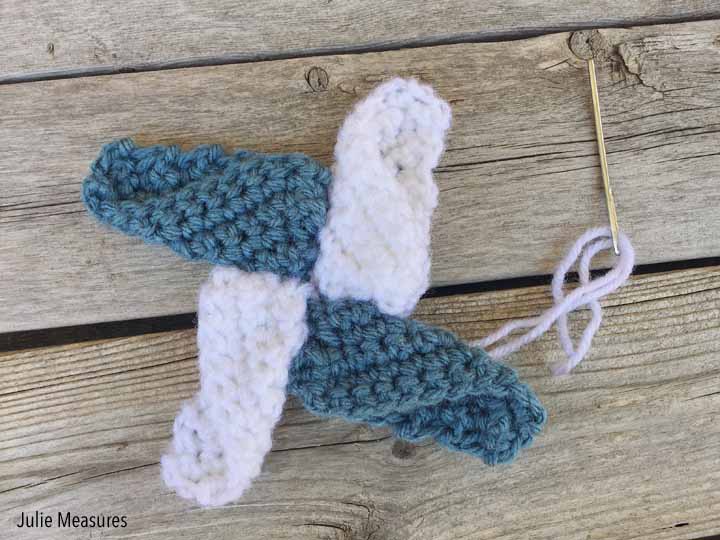 Stitch the four blades of the pinwheel together.

Add on a button to the center of the pinwheel. I picked a red button to go with my blue and white pinwheel blades.

Attach a wooden dowel to the back of the pinwheel. 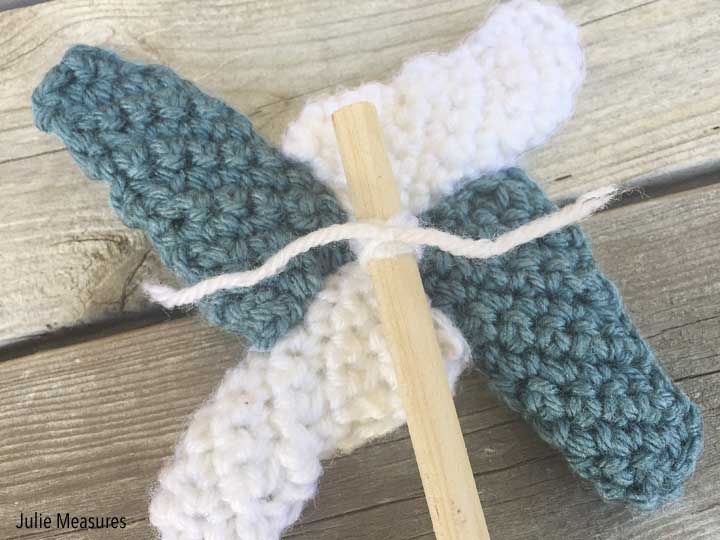 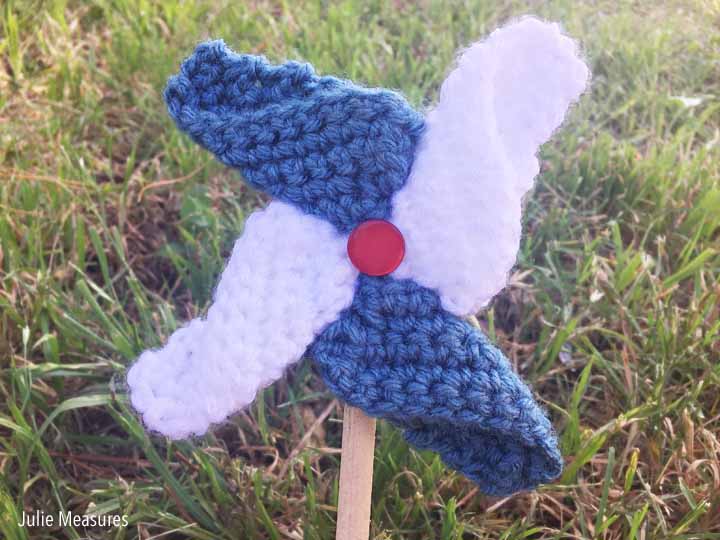