A crochet owl scarf to match your Owl Crochet Hat and Gloves! Get all 3 patterns to make the full set. This is the original and best Owl Scarf Crochet Pattern! 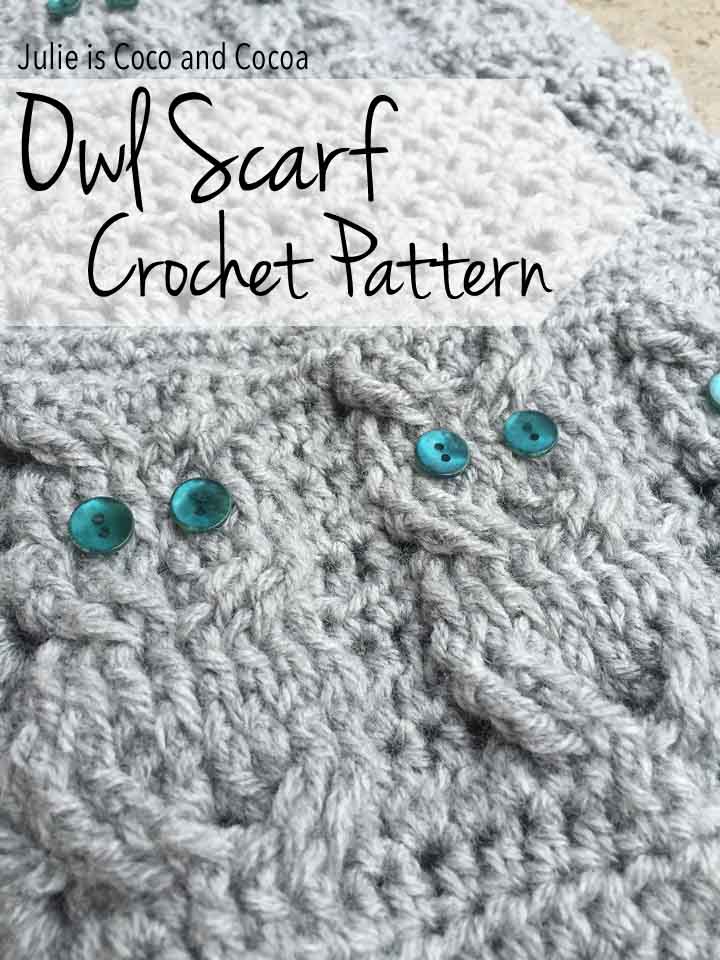 Littlest came running to me yesterday to ask about a bird he saw in one of our pine trees. Based on his description I’m pretty sure it was a woodpecker, I’ve seen them in our yard before. For Littlest the thought of a bird that pecks the trunk of a tree was pretty amusing. I’m not sure we ever saw any while we lived in downtown, so this is probably the first time he’s been aware of that kind of bird.

I was happy that when we went to the Dallas Zoo a few weeks ago that he got really excited to see some of the different birds they have there. My Nana was the original birder in our family, and the inspiration for my owl patterns. Every trip we took she would have specific birds she was hoping to see. She had bird feeders all over her backyard and would sit in her favorite chair by the window with her binoculars nearby in case something new came into her yard. 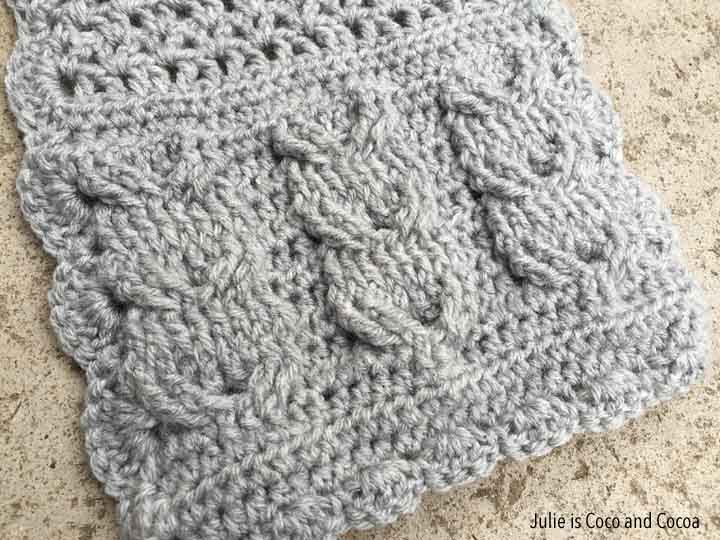 I’m always excited to release a new owl pattern and I love the enthusiasm that these owls receive.

After creating the crochet owl gloves the logical next step was to write a pattern for a crochet owl scarf. This crochet scarf is similar to the knit version, particularly with the layout of the owls. A band of owls at each end of the scarf with the stitch of your choice taking up the center of the scarf. In this case I used a rope stitch pattern. But you could use any stitch, basic stitches, textured stitches, whatever you’re in the mood for. (Decorations for the rope stitch as shown are included in the pattern.) 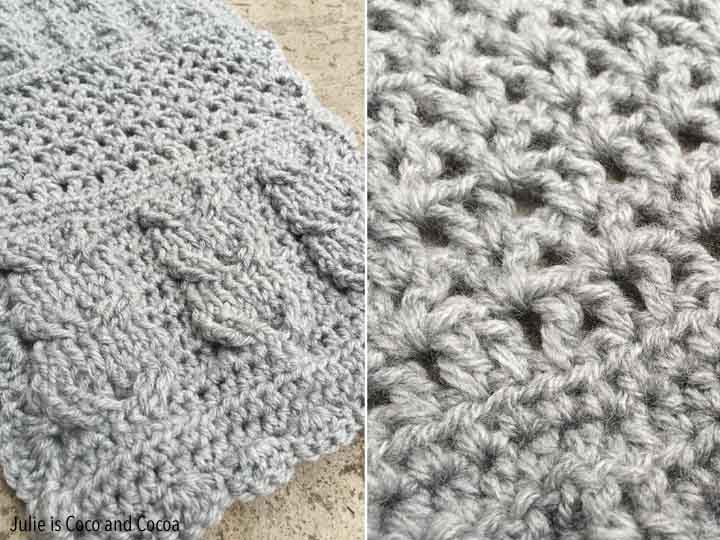 A shortened version of the scarf so you can see how the owl ears point towards each other. That way when the scarf hangs around your neck the owls are all facing the right way!

For my scarf edging I decided to do a sweet little shell stitch. But you could certainly do a single crochet or slip stitch around the edge to finish it off. And don’t forget the button eyes for your owls! These are from my Nana’s collection.

I also wanted to say a big thank you. It was a year ago last week that I released my first crochet pattern. I have been overwhelmed by the support and encouragement over the past year. Thank you.