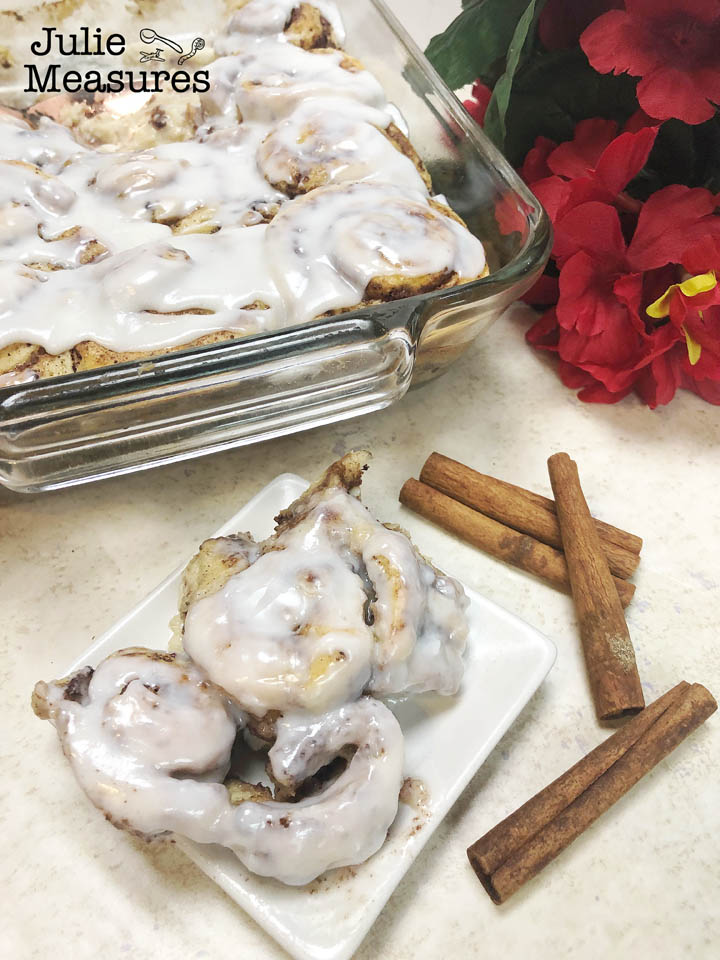 Warm and gooey, cinnamon rolls are a delicious breakfast favorite. The only problem is that they can take some time and effort to make. This cinnamon roll casserole makes it super easy. 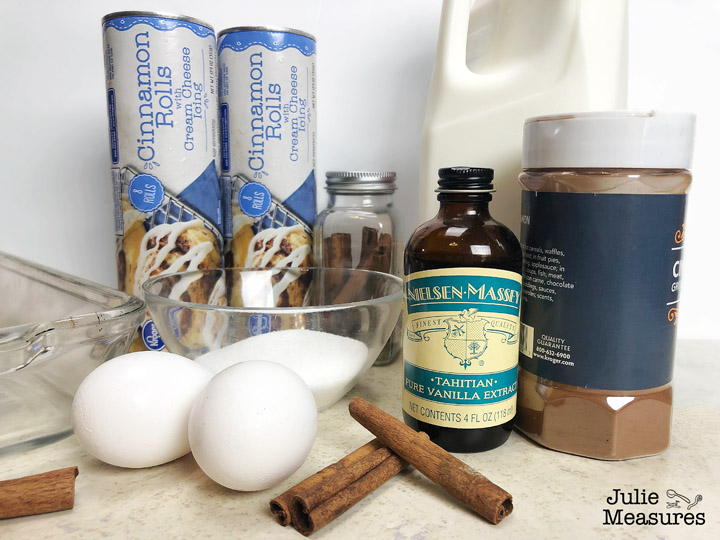 Fun fact, my mother-in-law is known for her homemade cinnamon rolls. She makes a huge batch a couple times a year and shares them. My kids love to ask her to make them for their birthdays or other special occasions. But sometimes I want cinnamon rolls and I want them right now.

This cinnamon roll casserole uses just 6 ingredients and only takes about 30 minutes to make. Perfection! 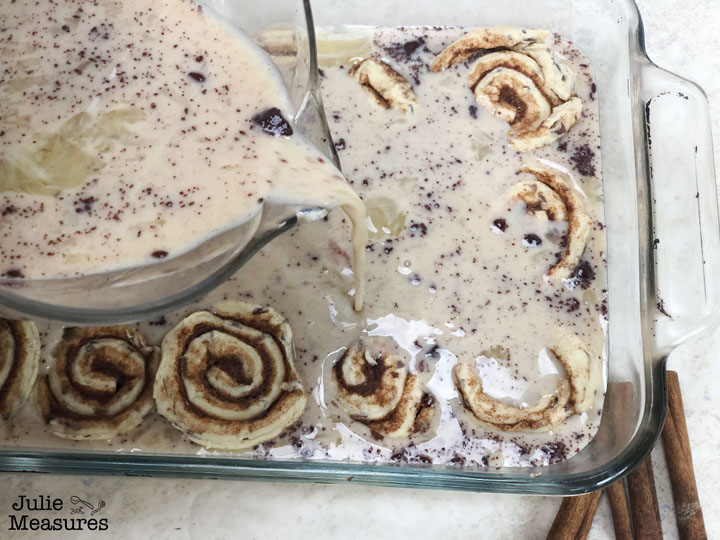 Think of cinnamon roll casserole almost like a cross between French Toast and Cinnamon Rolls.

Refrigerated cinnamon rolls get placed at the bottom of the pan and then topped with a mixture of milk, eggs, cinnamon, sugar, and vanilla. (To help the rolls bake more evenly and thoroughly you can unwrap them in strips or just loosen up the rolls a bit.)

It all gets baked in the oven and then topped with sweet icing! 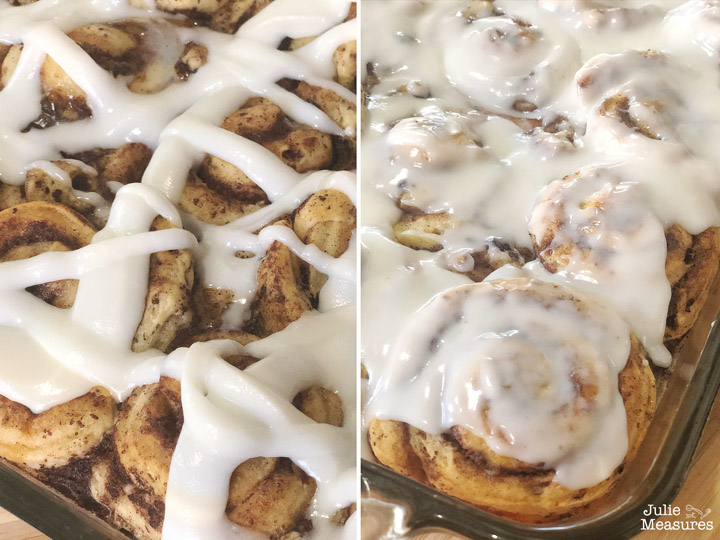 This easy breakfast casserole makes several servings so it’s great to feed the whole family or serve for a girls brunch.

Of course cinnamon rolls don’t just have to be for breakfast or brunch, they also make a delicious dessert. Combine them with peaches for a scrumptious Cinnamon Roll Peach Bake. 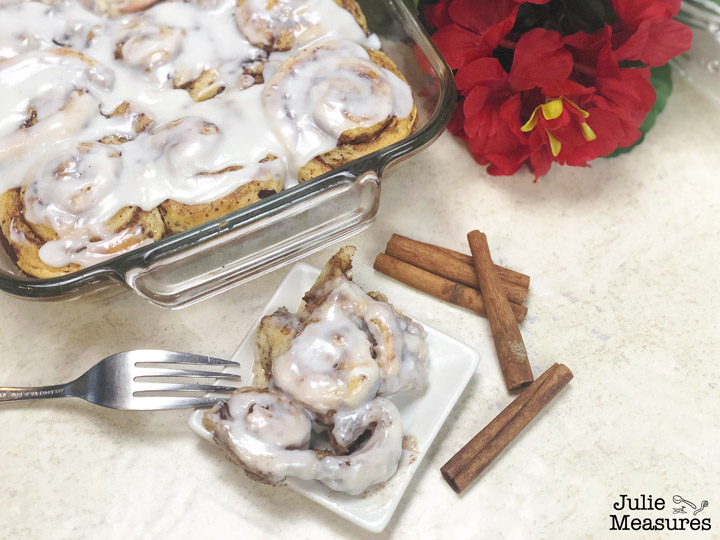 2. Unroll or loosen cinnamon rolls and place them in the bottom of a sprayed baking dish.

3. In a medium mixing bowl whisk together eggs, cinnamon, sugar, vanilla, and milk.