Eleven! I still can’t believe that the twins are 11.

Part of turning 11 means that they are leaving Cub Scouts and are becoming official Boy Scouts. They had their Arrow of Light and Crossing Over ceremony recently.

Oldest twin was a little nervous before the ceremony started. He and my middle sister have a great relationship and her being there really helped him. 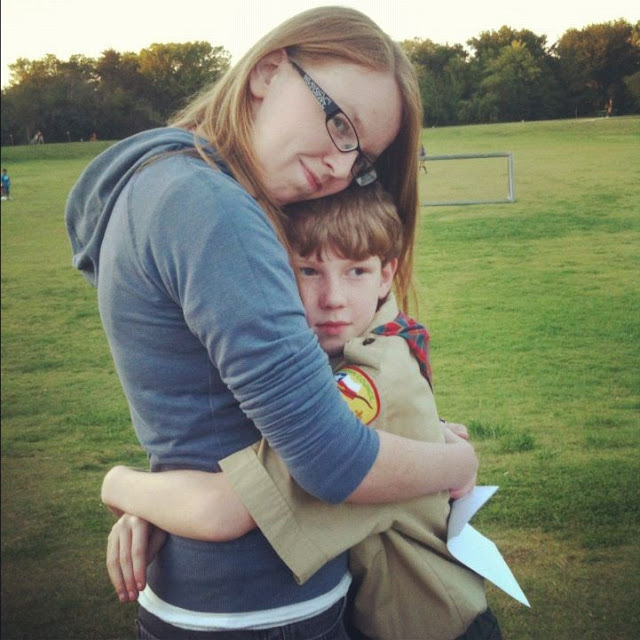 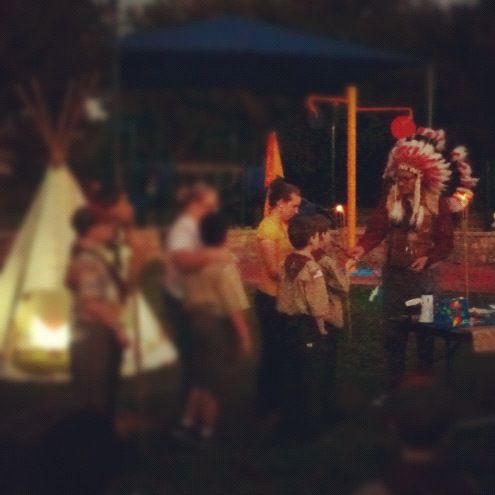 One of the ladies at our church made this great cake with the names of all the boys on it who were crossing over that night. 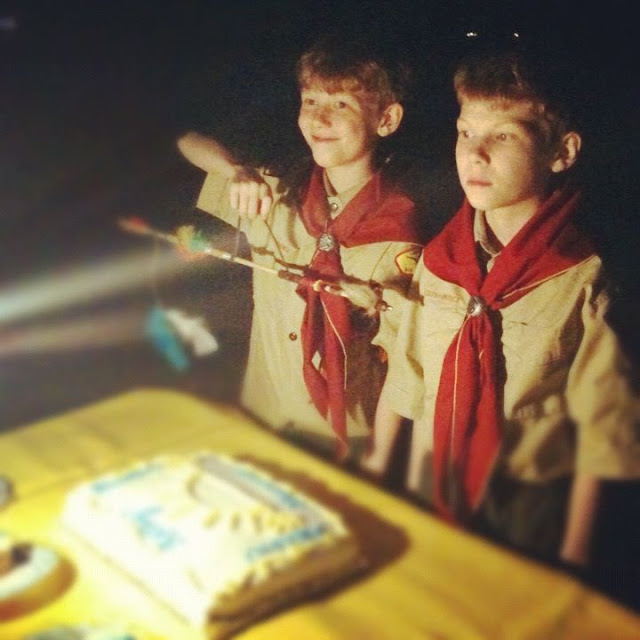 oldest twin is being a little silly and youngest twin has his serious face on
We also had a fun birthday filled weekend. We’ve started doing birthday parties for the twins every other year. Last year they had their big party with friends so this year was just family activities. And since we ended up with a rainy weekend it worked out perfectly.
Friday night we got pizza and opened some presents. Saturday we went and did a tour of the new state-of-the-art maximum security jail that they recently finished building in Fort Worth. It was the last day for the public tours before they start using the building. The twins were really excited about the jail tour. I thought it was very interesting.
After the jail tour we went to play laser tag. (My sister and the twins played laser tag. Hubby and I chased the toddler around while we waited.) The only place nearby to play laser tag is a building that also has an arcade area and bowling. So we also got an arcade game card and the kids all played games while they waited for their laser tag time. I’m pretty sure the toddler won more tickets than the twins did! (He got lucky and got the jackpot on a couple games.)
I was a little disappointed I didn’t get any pictures of them playing on Saturday, but they were all excited and moving around so fast that all of my pictures came out blurry. But if that’s my only complaint then I think that was a good weekend!