I have to admit, when I first heard my cousin talk about Totoro I had know I idea what it was.
I still don’t know much. What I do know is that Totoro is a famous Japanese animated character and is in a film called, “My Neighbor Totoro” 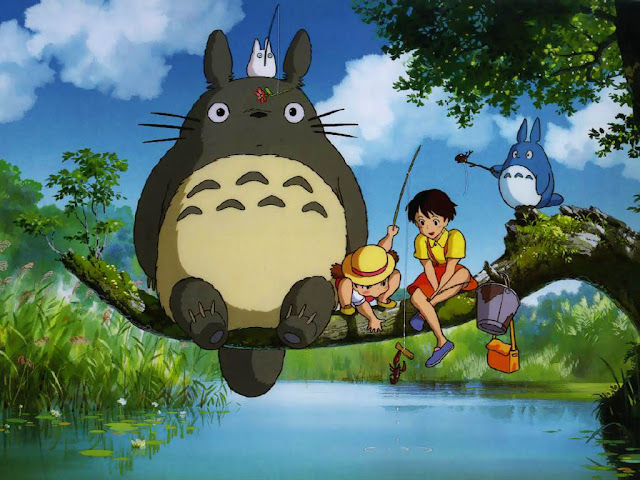 via
And that it is very famous (apparently there is even one in a scene in Toy Story 3).
My cousins birthday was a couple of weeks ago and I thought it would be fun to make her a little Totoro. I have a pattern for a knit hat, but August didn’t seem like the best time for that gift.
Instead I found a picture for a fun little stitched felt Totoro hair clip. I don’t actually expect my cousin, who is a high school senior, to wear Totoro in her hair, but I thought she could attach it to whatever she wanted to.
So basing it on the one I saw online I freehanded the drawing and cut out my white and gray felt pieces. Then I hand stitched the other details. I was pretty happy with how it turned out. 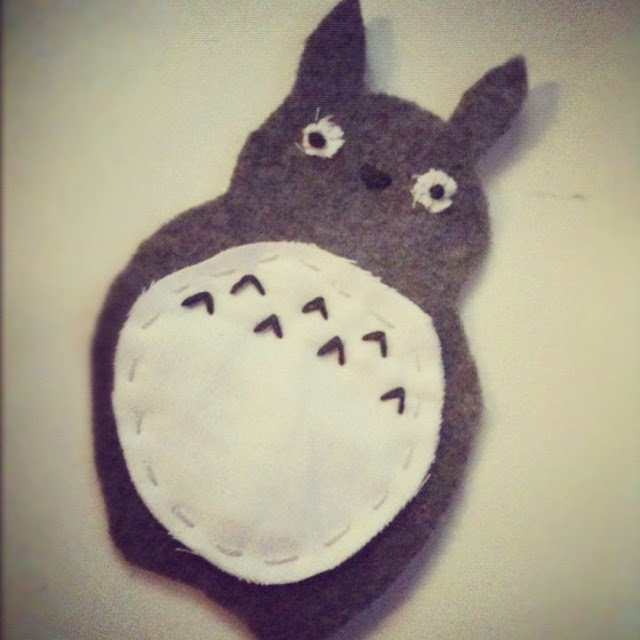 I have noticed that there is a car at the twins school that has a Totoro decal on their back window. And now I know what it is!