Sometimes it’s a lot of fun having some freedom from a client when I am creating an order. This client asked for two hats, one for a girl and one for a boy, but told me she trusted me to pick the styles.

I went fairly traditional for the little girl. A sweet cream colored hat with a pretty burgundy flower and burgundy edging. I’ve seen several variations on this style and have been wanting to make one. 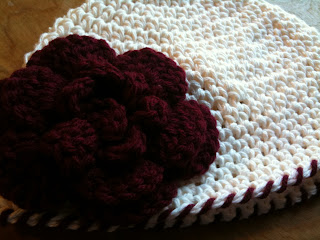 For the little boy I wanted something more than just stripes. Not that I don’t like stripes, but I really wanted something that yelled boy. I have also seen several of these spikey hats around. The one this is based on is called a Stegosaurus hat, since the spikes look like a Stegosaurus’ plates. Although my husband thinks it looks like a mohawk. Either way, I love it. I hope the little boy it’s going to loves it, too! 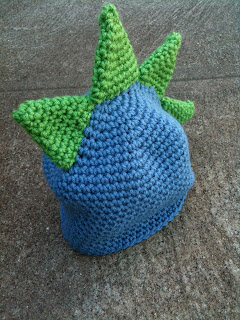