This shop has been compensated by Collective Bias, Inc. and its advertiser. All opinions are mine alone. #ThankfullySweet #CollectiveBias 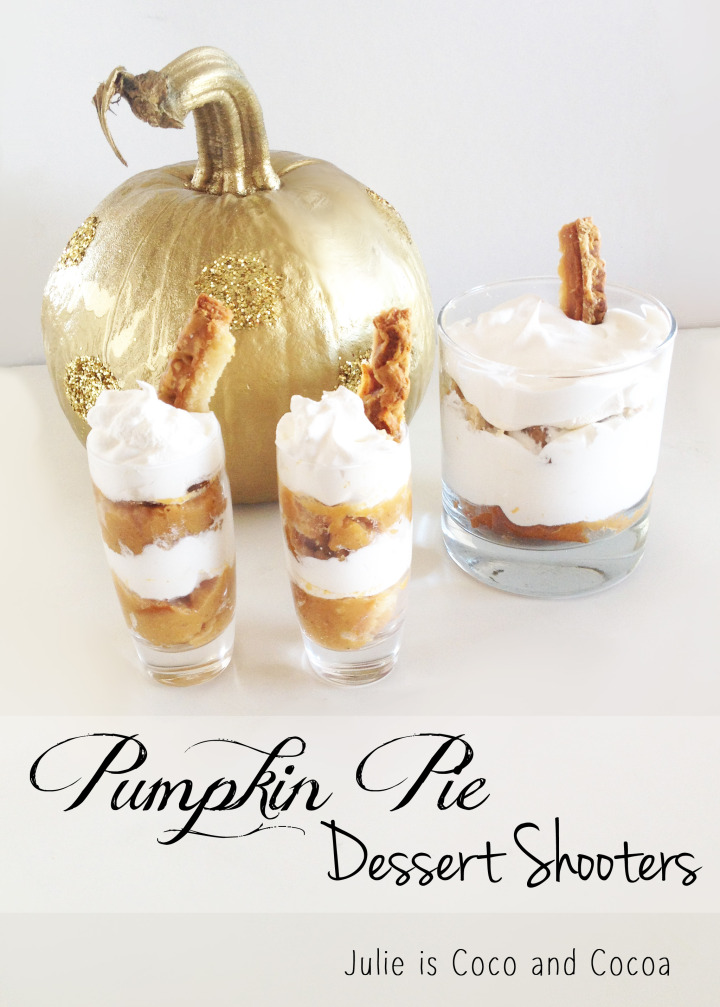 The holidays are quickly approaching, and that means holiday parties and friends over for meals. This year I’m hosting Thanksgiving and Christmas at my house. Which pretty much means I will be hosting more events at my house in the next month than I did the rest of the year combined. My dessert shooters are a fun way to jazz up dessert when you serve it to friends, family, and holiday guests. And if you need some dinner inspiration, check out the Cooking Up Good website. It has recipes, sweepstakes, loyalty programs, coupons and more. My dessert shooters feature two Kraft goodies that I picked up at Walmart, Mrs. Smith’s Pumpkin Pie and Cool Whip.

A small serving fits perfectly into a tall shot glass. These would be great especially if you had a variety of desserts that you were offering. But you could also do an average serving size in a short glass tumbler.

If you were hosting a party for couples (maybe an ugly sweater party) you could layer the dessert in a larger glass and serve it as a dessert to share. 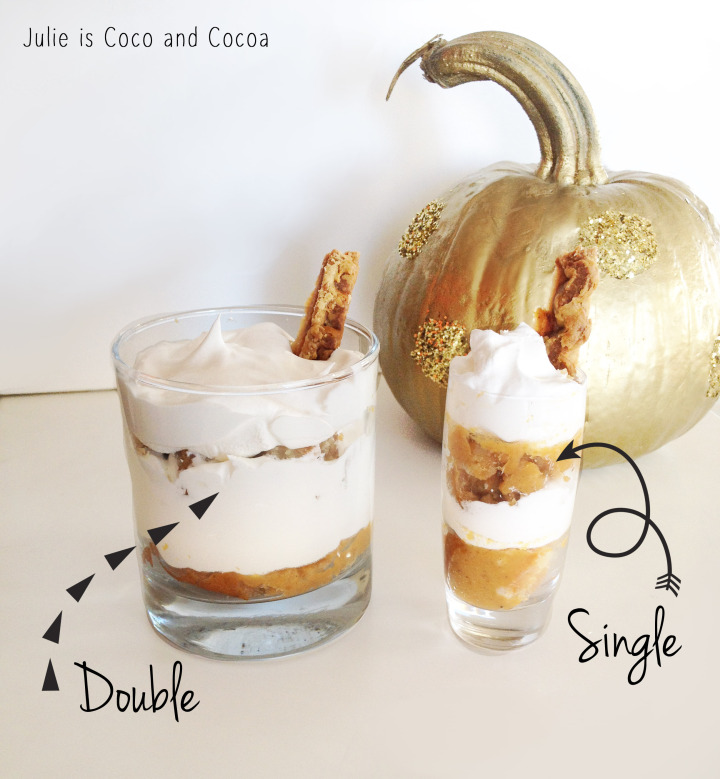 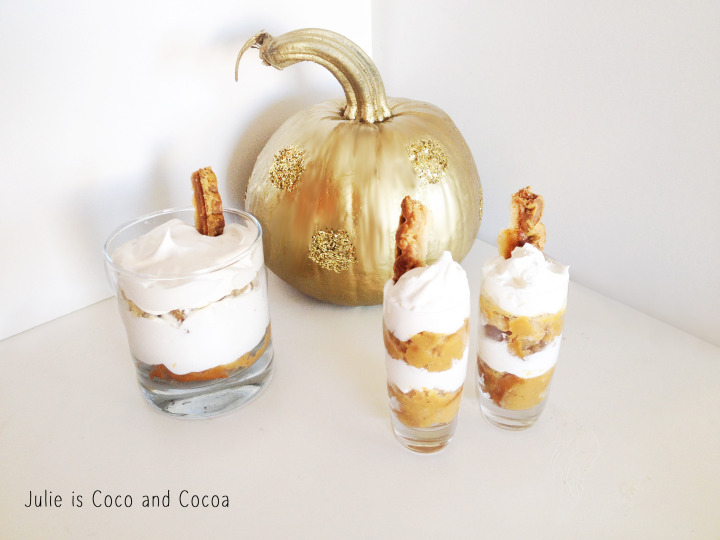 And you don’t have to just use pumpkin pie. My family just happens to really like pumpkin pie. This would taste equally delicious with apple, berry, cherry, sweet potato, or any other Mrs. Smith’s pie flavor.

Right now (through December 10th) you can save $1.00 on Mrs. Smith’s Pies with the purchase of Cool Whip. Because we all want to save money at the holidays!