Several months ago I posted about a young man named Jeffrey who was raising money for a group called Push America. The fundraising drive went along with a cross-country bike ride that he was going to participate in to raise awareness and money for those with disabilities. Well, he reached his fundraising goal and flew to Los Angeles last month where he began his 2,000 mile bike ride.

Last week they made it to Texas and rode through the area where we live. The afternoon that they arrived they did an event at city hall where I was able to take the kids to go see him. 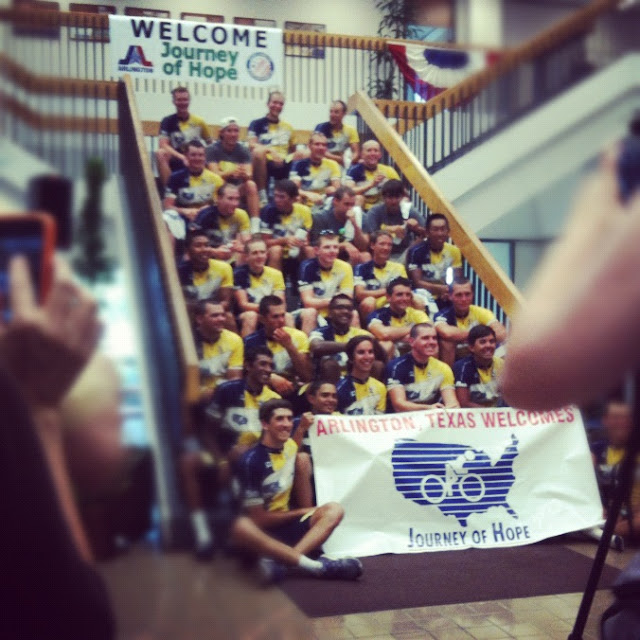 The mayor spoke, and then we were able to go upstairs for a reception and smoothies. Here are the twins with their favorite Journey of Hope team member. 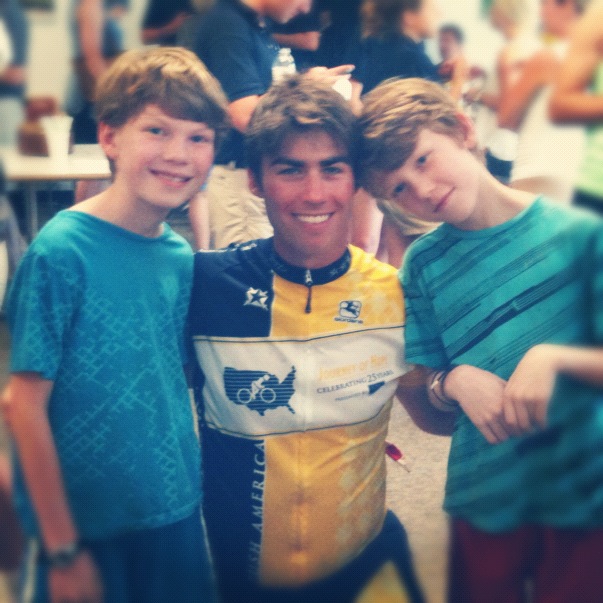 That evening the Journey of Hope bicyclists participated in an exhibition wheelchair basketball game with the Movin Mavs team from the University of Texas at Arlington (who are seven times National Champions). 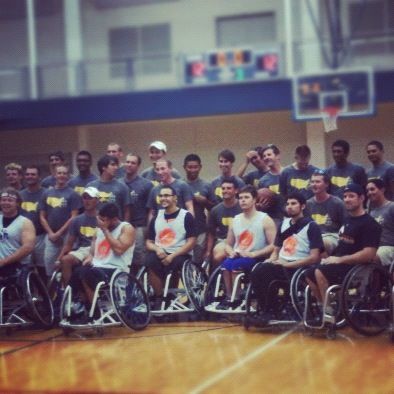 The kids and my sister came with me. I’ve never been to a wheelchair basketball game before and it was really fun to watch. 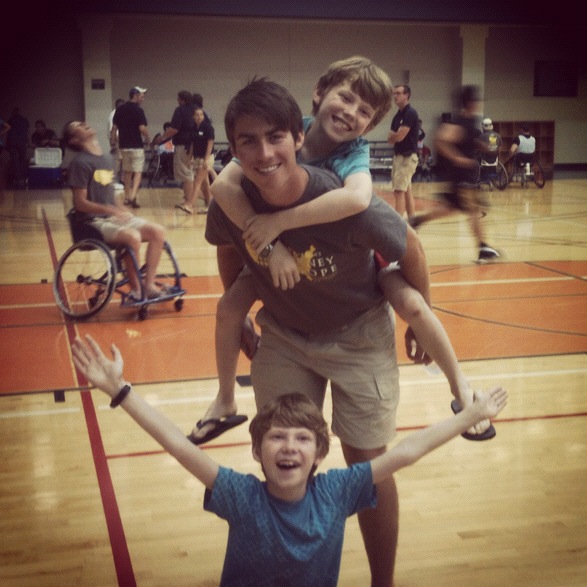