You know your kid doesn’t feel good when he doesn’t complain about having to miss the Halloween party at church.

The twins got a stomach bug at the end of last week. Oldest twin stayed home sick from school on Friday and didn’t say a word when I took Youngest twin and the Toddler off to the church Halloween party that night. (My husband stayed home with Oldest twin.)

Because of the sickness an hour before the party Youngest twin didn’t even have a costume. There was a quick dash to the party store where he picked out this Iron Man costume. 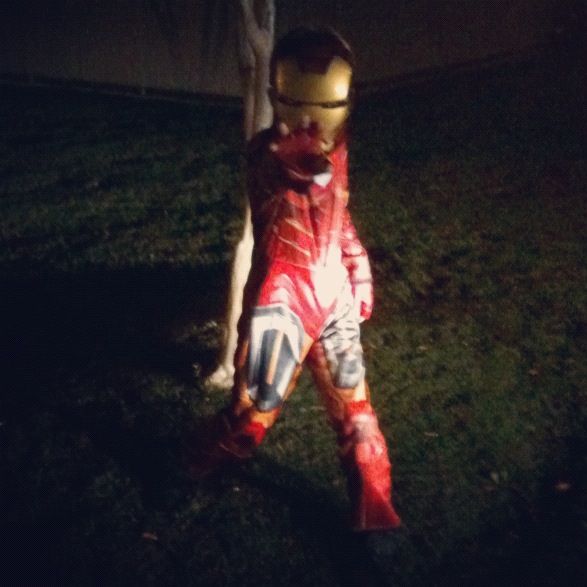 I didn’t get a costume made for the Toddler either. At first I thought I would have him wear one of the twins old costumes, but he was not at all interested in dressing up in anything. So rather than fight him I put him in a long sleeved red shirt and the knit devil hat that he modeled recently.

The Toddler wasn’t that excited about even wearing the hat, but he became happier when he realized that he would get candy if he wore it.